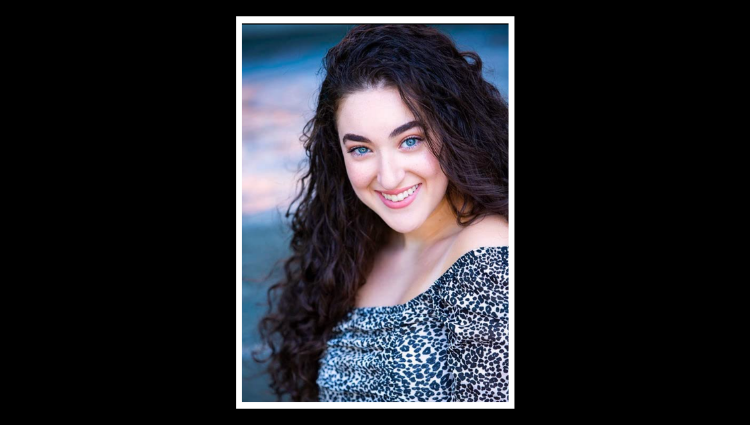 Zoe Nazarian born and raised in Southern California, Zoe had a passion for performing at a young age. Her career started with acting, but at just 13 years old she dove into the world of social media, creating her own YouTube videos. Taking on the “big sister” role in her videos Zoe is known for sharing advice, how-to’s and her life as a Southern California teen, Zoe quickly became a YouTube sensation. She was selected to be the youngest participant in YouTube’s Women in Comedy Program in partnership with Elizabeth Bank’s Production Company WhoHaHa in which she wrote, produced, directed, and acted in her own video. Zoe has been nominated as Best Influencer at the Young Artist Awards and has written for Tiger Beat Magazine as well as collaborating with such brands as Beauty Blender, Tarte Cosmetics, and Reebox. When not influencing the tween and teen market, Zoe enjoys creating videos on TikTok, spending time with her family, and hanging out with her friends.

HI ZOE! THANKS FOR TAKING THE TIME TO CHAT WITH US! CAN YOU TELL US A LITTLE BIT ABOUT YOURSELF, WHO ZOE NAZARIAN IN YOUR OWN WORDS?
Hi About Insider! Thanks so much for having me! I am an actress and social media content creator who was born and raised in Los Angeles, CA. I balance college, social media, my acting career, and my social life as best as I can. I live for moments like singing at the top of my lungs to throwback songs in the car with my friends and watching the sunset at the beach. Also, fun fact, I used to be terrified of dogs as a kid and now I’m absolutely obsessed with them!

HOW DID YOU START AND HOW WAS YOUR FIRST EXPERIENCE IN THE INDUSTRY?
From the moment I stepped on stage at musical theater camp, when I was eight years old, I knew I had a passion for acting. I was introduced to my agent as a young teen and started auditioning for roles. The roles that I was auditioning for however, weren’t very inclusive at the time and so the curvy, curly haired girl with freckles and braces wasn’t booking any roles! At 13, I decided to take matters into my own hands and began posting videos online! Fast forward, years later, I’m still posting videos online and I’m so grateful to see that the entertainment industry has become more inclusive. With that, so many more auditions and opportunities have come my way and I’m so excited to see what the future holds.

TELL US ABOUT A TIME WHERE YOU HAD DIFFICULTY WITH A CHARACTER. WHAT WAS THE ROLE AND WHY WAS IT CHALLENGING?
I had the amazing opportunity to be selected as the youngest participant in Youtube’s Women in Comedy program (in partnership with WhoHaHa, an Elizabeth Banks production company) where I wrote, produced, directed, and acted in my own production on set, with a professional crew. The challenge was that I was playing two characters, which meant that I was acting against myself. Prior to this, I had never experienced anything like it. Being on set as both characters really taught me a lot about filming techniques, camera angles, and gave me a better appreciation for other legendary actors who have done the same.

BESIDES ACTING, WHAT ELSE DO YOU LIKE DOING?
Besides acting I am a typical young adult who loves shopping, spending time with my friends and family, listening to music, going to the beach, and spending way too much time on TikTok!

WHAT TYPE OF ROLE DO YOU SEE YOURSELF PLAYING IN THE FUTURE?
In the future, I see myself playing a character on a crime or a romantic comedy film or series, because those are types of shows and movies that I love to watch the most! Obviously, with that being said, I’m going to welcome different genres and character types that come my way!

ANYTHING ELSE YOU WOULD LIKE TO SHARE WITH YOUR FANS AND OUR READERS?
I want to show young teens and adults that they can do whatever they put their minds to. Be consistent, be passionate about your craft and most of all be kind…always! I hope you will follow me on my journey.

Everything You Should Know About Body Wave Sew In