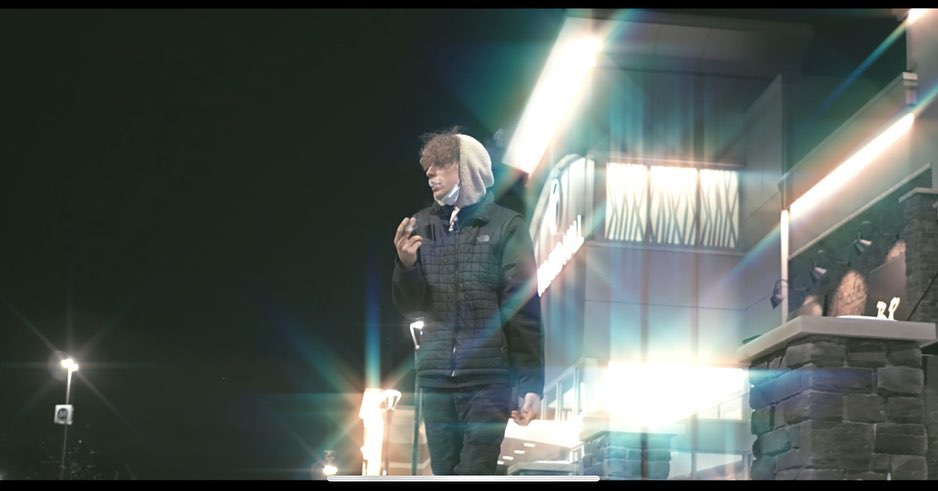 The way he’s making his path in the music industry is just amazing. Fredo’sfuneral is an upcoming hip-hop artist who’s been realising and teasing his music for more than a year on Soundcloud. In 2020 he released his debut album “Stay Woke Party” with a perfect sound and smooth production. This year, fredo’sfuneral is coming for even more.

His new single is “some fun”, a track that is a minute and a half long. Seems like an interlude, but it’s still perfect for a lead single or a droplet. The quality of the production is actually amazing, the arrangements and the synthesizer’s use found a perfect balance that won’t blur his vocals and his flow. The lyrics are not that deep, but he made it perfect to go with his vibe and mood with great metrics and rimes. It’s not a catchy song because this is not pop music, but the way he raps makes you wanna rap along.

Far from his debut album, he found another sound and beat for this single. In “Stay Woke Party” he follows a rhythm and base along the entire record. Which is perfect, because he made it a whole one and no other song compares to that piece of work. But in “some fun” he actually had more fun and tried different styles and even effects around his voice. It’s another facet of fredo’sfuneral and we don’t know what turn he’s gonna make next.

If you’re into hip-hop, rap or underground and upcoming artist, you should definitely check out fredo’sfuneral’s music. He’s making music with great and amazing production, his voice suits perfectly with the genre and he’s true to himself.

You can find Fredo’sfuneral in his social media and streaming platforms!
Instagram: @fredos.funeral
Spotify: https://open.spotify.com/artist/3YPswuaCR5wHROn9mDSCI1?si=yAWm1mAvSreHiTVx2W6eeA

Make Her Spoilt for Choice with These Wedding Rings for Women