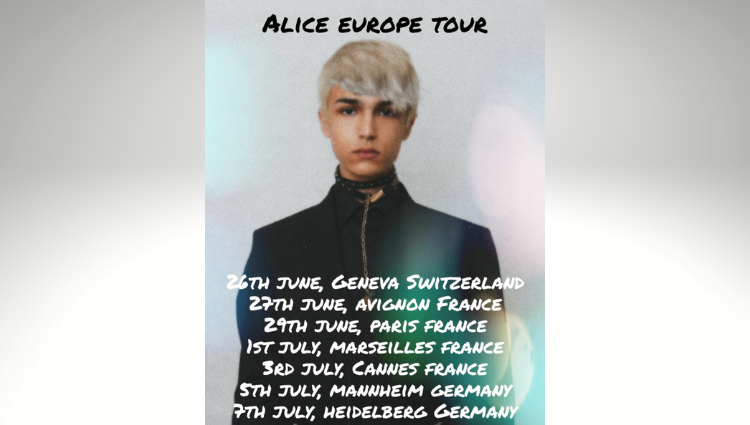 While half of the world was in the middle of a pandemic, JamesDJJ, on the 25th of June, announced the Alice Europe Tour for the promotion of his song Alice.

However, as from the voices of those who had the possibility to go there, it wasn’t a normal tour, expectable from JamesDJJ. The artist every day of the tour announced where he would be at a certain hour, so he and his fans, the jamerzs, could meet for a quick chat.

The artist toured in 3 different countries, starting from Geneva, passing through France and ending in Germany, it was a success although for him, he gained more audience than he expected and many times the tour was too crowded for the laws.

Even it seemed free, it wasn’t, not at all, JamesDJJ made like 2 separated tours, one made in the streets or in main squares of the tour city, and another one the same day in a building, that had a ticket to be paid, in this way the artist and his team reached more audience, those who would have paid to see the artist and those who couldn’t, the fans had anyway the possibility to meet him.

This “private” part of the tour wasn’t brought at every town however, it was only for big cities like Geneva and Paris. The artist usually met the private part in the morning nad the other jamerz in the evening.

This marketing choice is very interesting and actually JamesDJJ and his team had a really good idea for spreading more the message or the song supposed to be advertised.