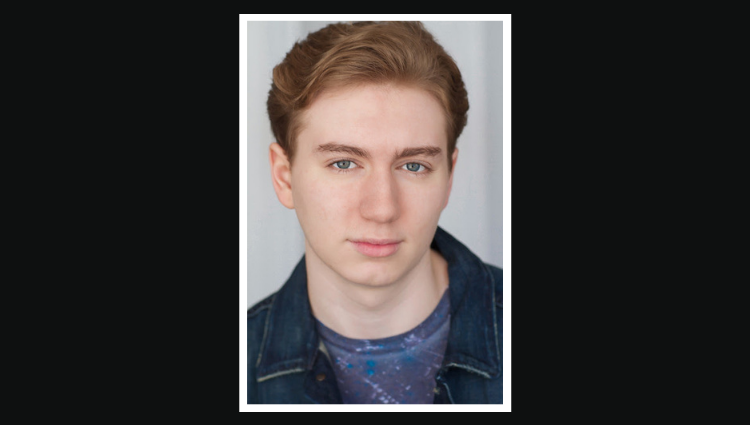 Actor/Writer/ Producer/Director/Cos-Player (known as AlexRPG) – Alex J. Dean does it all!  When he was young, Alex was lucky enought to have been the Co-Star in the short film Babe and The Kid which was the last film of the legendary comedian Jonathan Winters. He was also featured on Mind of Mencia starring Carlos Mencia as well as Co-Host of the award winning series “Nertabulous”. An up and coming director and writer, Alex is working on his latest short film to be released in 2021 under his own production  company Penny Arcade Pictures.  Alex served two years on the youth board for the SAG The Looking Ahead Program and has also been a member of the SAG Nominating Committee.

HI ALEX J. DEAN, THANK YOU FOR JOINING US! CAN YOU INTRODUCE YOURSELF TO OUR READERS?
My name is Alex J. Dean! I am an Actor, Writer, and Director based in California with a love for all things nerdy and retro!

IF YOU HAD TO DESCRIBE YOURSELF IN THREE WORDS, WHAT WOULD THEY BE?
Passionate, Imaginative, Driven.

HOW AND WHEN EXACTLY DID YOU REALIZE YOU HAD THE PASSION FOR ACTING?
The first time I saw Star Wars even as a young child. It is still my all time favorite movie and it helped push me to be an actor today.

YOU ARE ALSO A DIRECTOR, CAN YOU SHARE US SOME OF YOUR EXPERIENCE AS BEING A DIRECTOR? HOW WAS THE TRANSITION FOR YOU FROM BEING AN ACTOR TO A DIRECTOR?
Being a Director is one of my absolute favorite passions, and after you’ve been acting for a while it isn’t too hard of a transition. As an actor, you have a better understanding of what to tell other actors to get them into the scene and it just helps to connect with them a lot stronger.

YOU ARE INVOLVED IN ALMOST EVERY ASPECT OF A FILM MAKING, BE IT WRITING, OR ACTING OR DIRECTING, WHICH ONE DO YOU LIKE THE MOST?
I think Directing is my favorite, but any of those three could overtake each other depending on the day. It really is just something I love, when I come in and get to craft a story from start to finish.

WHERE DO YOU DRAW INSPIRATION FROM?
Music, my favorite shows and movies growing up, and even just my everyday experiences. I could have listened to the same song 50 times, but maybe something I heard that day helped give me a big idea.

WHAT’S SOMETHING WE SHOULD KNOW ABOUT YOU THAT MIGHT SURPRISE US?
I have been acting since I was 4 years old, and have been continuing to do so for the last 18 years now, and originally I actually wanted to be a figure skater before being an actor!

ANY UPCOMING PROJECTS/ROLES YOU CAN TALK ABOUT?
I am currently working on a Horror Anthology Thesis film for my school that will be releasing later this late Summer or Early Fall, and also I’m working with an amazing Stunt Director to try to pitch and sell an action movie concept I’ve have.

WHERE CAN OUR READERS FIND YOU ONLINE?
I can be found on Instagram @thealexjdean