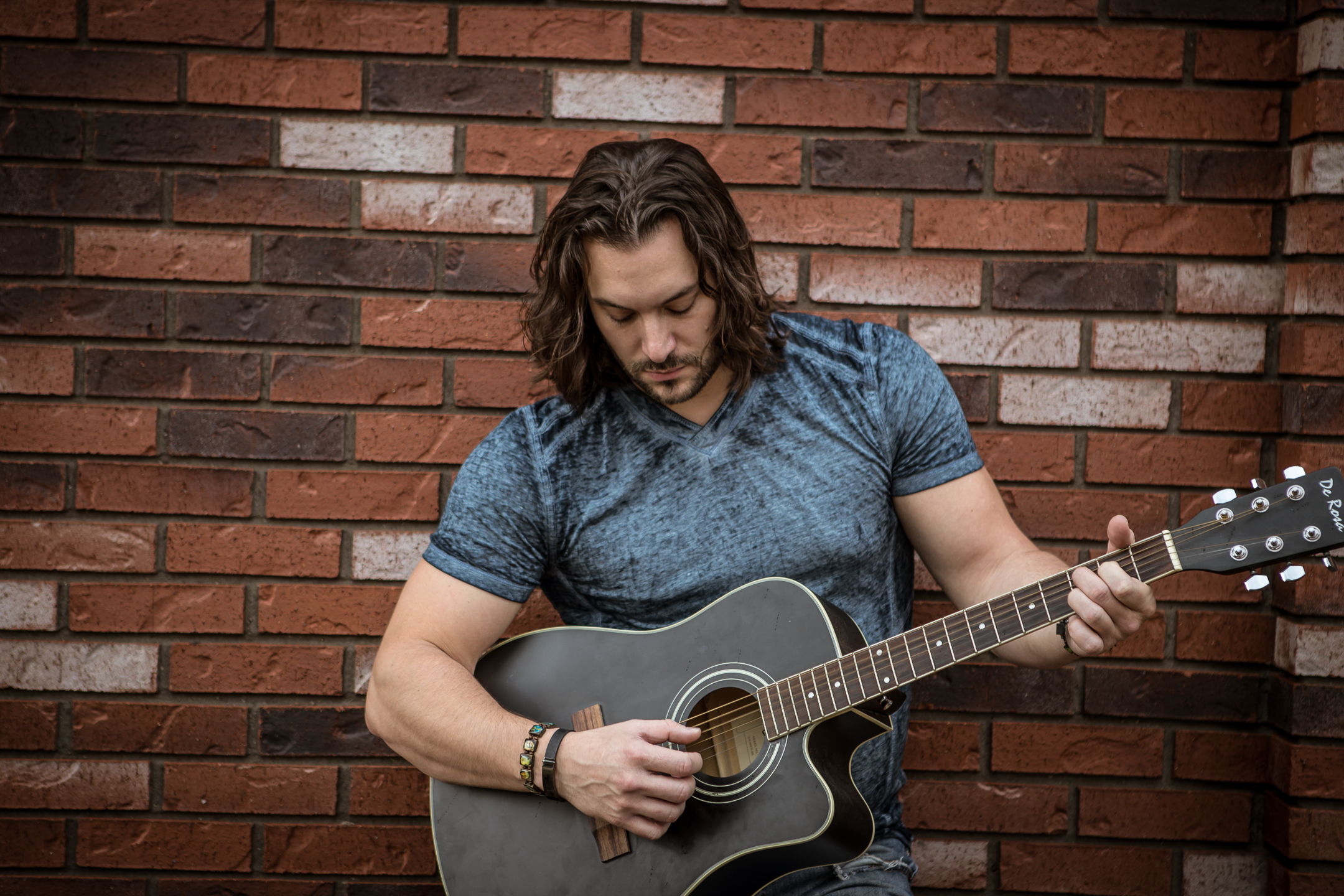 Hailing from Pittsburgh, PA, Matt Westin’s debut album, “Legacy” is dedicated to the memory of his late father. Matt gave up a promising career as an engineer to be a country musician and actor. Matt’s first single, “Our Redneck of the Woods” reached the IndieWorld Country chart and the European Country Music Association charts. Matt was also on the Top 200 International Country Artists chart. Follow up singles, “Farm Town”and “You Leave Me No Choice” also received international airplay and charting.  His last two singles, “Stomp On” and “Hey Bro” are from his forthcoming EP, to be released on MTS Records.  Both singles reached the Top 100 Airplay Today country chart, while “Stomp On” reached the iTunes country sales Top 40.  He will star as Johnny Cash in an upcoming film production, starring Baywatch’s Donna D’Errico (116 MacDougal.)

Matt is a two-time International Music and Entertainment Association Male Country Artist of the Year. He appeared in the October 10, 2018 issue of Billboard Magazine as an Emerging Artist.  His newest single is set for release this fall.

HELLO MATT WESTIN, THANK YOU SO MUCH FOR JOINING US! WHAT DREW YOU TO THE MUSIC INDUSTRY?
I’ve always loved music. As a kid, I played different instruments in the school band and orchestra, but I unfortunately got away from it as I approached college age. But, that’s about when I discovered my love for singing. I am self-taught, and as my passion for singing grew, I ended up singing karaoke, then with a friend’s band, then with a cousin’s band. It just became a hobby and a passion of mine. It just made me feel good. Music and singing has been therapeutic for me for many years. After losing my father in 2016, I was lost and depressed, and very angry. Music ended up becoming a big part of my healing process. I dedicated my debut album “Legacy” to my father, who loved and enjoyed my singing, and out of tragedy I was able to find a new purpose and path in my life. In the end, I got into the music industry for deeply personal reasons.

WHO ARE YOU INSPIRED BY?
The artists that inspired me and influenced me to pursue music are Frank Sinatra, Garth Brooks, Johnny Cash, and Elvis Presley. Sinatra most of all. He’s the one I tried to emulate most as I taught myself how to sing and learn about how my voice works. But beyond music, his story from dropping out of school to pursue singing and becoming the legend that he is, inspires me to take risks and keep working.

PLEASE EXPLAIN YOUR CREATIVE PROCESS
When I’m writing, I have to come into it with a basic idea of the story I want to tell. Once I have a clear vision, then the lyrics start to flow. Inspiration can come from just about anywhere, if I keep myself open to it. I can’t force it. It just has to happen organically, and then it just starts flowing. Since I was a kid, I’ve written songs, poems, and stories, so I’m a lyricist first, and then I usually find a melody later, many times with the help of my producer or another musician.

WHAT’S AN AVERAGE DAY FOR YOU LIKE?
This past year has been brutal, as I’m sure many people would agree. Average days in 2020 are not how I’d like to think about day to day life. But in a more normal time, an average day would be going to work, going to the gym, cooking some dinner and enjoying some down time with my girlfriend and my pets. Some days I’d meet friends at a local brewery and blow off some steam. In the warm months, I enjoy golfing, hiking, grilling and drinking by the pool, fishing, and just general sun worshipping. In the long Pittsburgh winters, things aren’t quite as exciting.

IS THERE A HIDDEN MEANING IN ANY OF YOUR MUSIC?
There aren’t really hidden meanings per se, but I think lyrics can mean different things to different people at different times. On my “Legacy” album, in the final verse of the song “Don’t Feel The Rain”, written by my talented friend Marvin Adcock, the words aren’t necessarily specific to this meaning, but they are intended to represent Christ dying and his mother holding him. It’s a beautiful song about the power of love.

DO YOU COLLABORATE WITH OTHERS? WHAT IS THE PROCESS?
I do collaborate. It’s a great process that I really enjoy. I find that just chatting and getting to know each other at first, getting a vibe going and a nice comfort level, really makes the writing process go more smoothly and more efficiently. I like to throw any idea at the wall, whether it sounds crazy, cheesy, random, or whatever, and see where that thought leads. There are no bad ideas, because one unusable idea could spark another brilliant idea. It’s a lot of fun writing that way and I think it opens up possibilities that otherwise may never have been realized.

PLEASE DISCUSS HOW YOU INTERACT WITH AND RESPOND TO FANS
I always try to express my heartfelt gratitude for their support. I am not very good at taking compliments, and it’s humbling to get feedback and support from people who I will most likely never meet. It’s a bit surreal, to be honest with you. I was raised to be a humble and caring man, so I take to heart and appreciate each and every fan. I try to express my gratitude as best as I can. In the end, without fans, I wouldn’t have a career. It’s not all about me. It’s about us.

WHAT IS YOUR FAVORITE PART OF THIS LINE? YOUR LEAST FAVORITE? WHY?
My favorite part is knowing that I can make a difference in someone’s life, and have an impact on the world, just by doing what I love. It’s humbling, exciting, and very fulfilling. And the relationships and incredible people I’ve met and worked with along the way are precious to me. My least favorite part would be the occasional toxic people who do not have my best interest in mind and who are users, liars, and cynical naysayers. But, that’s part of life, and I hope that I can overcome it with positivity and passion. In my life, I’ve struggled with self-esteem, especially when I was younger. I’m an emotional man, and I take things to heart, so negativity affects me more than I’d care to admit. But I’ve been working on it, and I feel like I’m in a good place, confident in who I am inside and why I’m doing what I’m doing. Ultimately, the struggle just toughens me and makes me dig my heels in even more.

HAVE YOU DEALT WITH PERFORMANCE ANXIETY?
I haven’t had a big issue with performance anxiety, thankfully. The anxiety happens just before go time. But, it evaporates as soon as I hit the stage or the music starts. It just kind of switches off and I’m in performance mode and enjoying myself. I think years of speaking to groups as a student and as an engineer, then years of DJing, and years of performing in front of groups has really minimized that kind of anxiety that is so commonly experienced.

TELL ME ABOUT YOUR FAVORITE PERFORMANCE VENUES
There are some great local places in Pittsburgh, larger and smaller venues, where I’ve enjoyed both singing and attending shows. The small or medium venues, which are a little more intimate, give me a deeper sense of satisfaction and fulfillment, since there is a better connection to the people. I haven’t had the opportunity to perform for a crowd of tens of thousands yet, but that’s just a little ways down the road. I’m sure the adrenaline rush and buzz from a show like that is like nothing else. I’ll have to get back to you on that one.

WHAT ADVICE WOULD YOU HAVE FOR SOMEONE WANTING TO FOLLOW IN YOUR FOOTSTEPS?
Believe in yourself, surround yourself with good people who you trust and who encourage you and believe in you, and take some risks. These have been some of the keys to building my career so far, and I think they apply to just about any kind of pursuit in life.

Tom Tikka – Not His First Rodeo