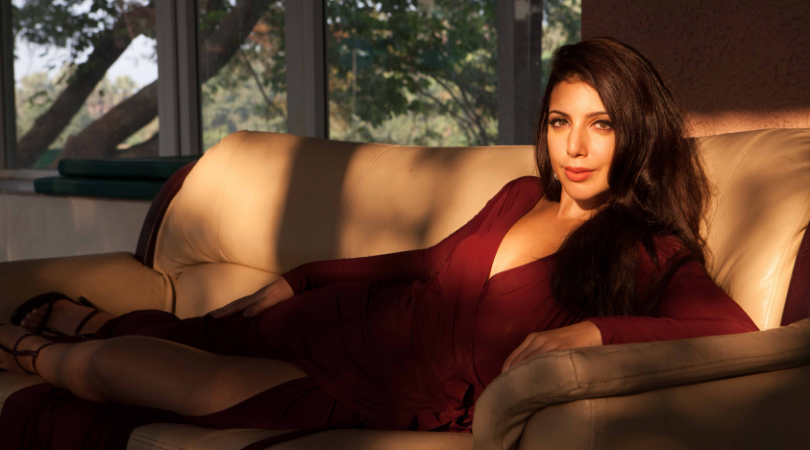 Anisa Butt is British Indian television and film actress; she started her career as a child artist from a television show Ishaan that aired on Disney Channel India. And she made her film debut with Shuja Ali’s film Baat Bann Gayi. Our readers would be happy to have insights on Zindagi Na Milegi Dobara actress’s life, career, and how she could manage to maintain a pace in the industry, which is full of competition. Anisa has worked in numerous hit movies, which include, Yeh Jawani Hai Deewani, Half Girlfriend, to name a few.

It’s an honour to have you chit chat with us, and we are really grateful to you for making time for this interview despite your busy schedule. Thank you once again, let’s begin with the interview:

CAN YOU TELL US A LITTLE BIT ABOUT YOURSELF, WHO IS ANISA BUTT IN YOUR OWN WORDS?
I would say first of all, I am a human being :p ha! my attempt at ice breaking, but on a serious note I do some acting, I am also a podcast host, I write some poetry and do some spoken word. I love life. And I like to believe I’m making a positive impact on a bunch of people!

HOW DID YOU START AND HOW WAS YOUR FIRST EXPERIENCE IN THE INDUSTRY?
I was studying drama throughout my schooling. However I began professionally around 18 years old. I started by doing Fringe Theatre in the UK, while I was studying. I was always passionate about Drama and acting from about 12 years old. India kind of happened, because I auditioned for a Hindi feature film in London, they flew me to Mumbai for a look test, and though I didn’t do that film, I went on to start auditioning for projects. Disney India had kept auditions at Shahrukh Khan’s Red Chillies office, and I tested for the role of Shyla. The rest I suppose is history. I got to be part of the show, which was amazing to do, and a special memory.

WILL YOU GIVE US SOME INSIGHT INTO YOUR PROCESS AS AN ACTRESS?
I try to approach it from understanding the character. I look for the clues in the script, and if something isn’t there, I try to develop a backstory for that character, just like as people we have history, our characters need history. A couple of years ago I read this book which really encouraged me to go even deeper. Essentially there is so much you can do when you get a script. The more you put into the process, the more you get out of it. It’s a joy to delve into a script.

WHAT KIND OF PREPARATION OR RESEARCH DO YOU HAVE TO DO IN ORDER TO PLAY YOUR ROLE?
I would say depends on the role as well. It also depends what approach you take. I wouldn’t say I am always “method,” in my approach. I think understanding a character’s objective is key, something many practitioners talk about. It’s challenging when you haven’t had similar experiences, but I am very inspired by the work of Ivana Chubbuck, who coaches actors, and substitution can be excellent to help an actor in living truthfully but with different experiences when acting. I don’t think i’ve had the chance to really dig yet, that dream role is still not done! However yes, it is important to learn skills or at least get familiar if a character is experienced in that skill, that is what makes it believable.

AS AN ACTOR, WHAT HAS BEEN YOUR FAVOURITE ROLE SO FAR?
So far I loved being part of Ishaan of course. However in Code M, a series I did last year, I loved playing the role of Gayatri. It was not only important to the script, but also very real, and relatable. For the first time, I was allowed to be very stripped down from any glamour, or too much make-up. Her grief was real, and I really wanted to emulate what I thought that should look like.

HOW DO YOU KEEP YOURSELF INSPIRED AS AN ARTIST?
I read a lot, I also love watching movies. Other actors inspire me! I love trying out monologues from scripts to practice my craft. I love attending workshops. I love experiencing life, and doing new things, and learning new skills.

OUTSIDE OF THE ACTING WORLD, WHAT DO YOU LIKE TO DO?
I love poetry and writing. I love travelling. I really love my podcast “Unplug with ani,” which gets me speaking to so many amazing people around the world. I love spending time with family. Watching movies, and theatre. I absolutely love working out! and Fitness. I love coffee!

DO YOU HAVE A DREAM ROLE IN MIND?
Yes! it would be something like the role Rosamund Pike played in Gone Girl, directed by David Fincher.

HOW IMPORTANT IS PERSONAL BRANDING IN YOUR PROFESSION AND WHAT YOU DO TO GROW YOUR BRAND?
It is important of course, because often we are judged on how we look etc, however I think our work matters more. The work we do behind the scenes, on our actual craft should matter more. I really like to control my own social media, I don’t like the idea of being manufactured in an inauthentic way, as being authentic is important to who I am, and what I stand for. So it is worth thinking about, and investing time in, as with any business, but be yourself. Be real. Be you. The world already has too much fake!

WHAT WOULD YOU SAY TO PEOPLE ASPIRING TO A CAREER IN THE ARTS?
Go for it. However, educating yourself and knowing the journey isn’t easy. It will be challenging. Get prepared for some rejection, and when that no longer matters to you, you can soar. Focus on what you bring to the table. Never stop learning. Enjoy the process, and the failures too, because you learn so much. Try not to compare yourself to everyone around you. Understand we are all unique and have something unique to offer the world

How to encourage your children to get outside more

Shimal Atroshi: From Construction Worker to Artist, Engineer, and Philanthropist