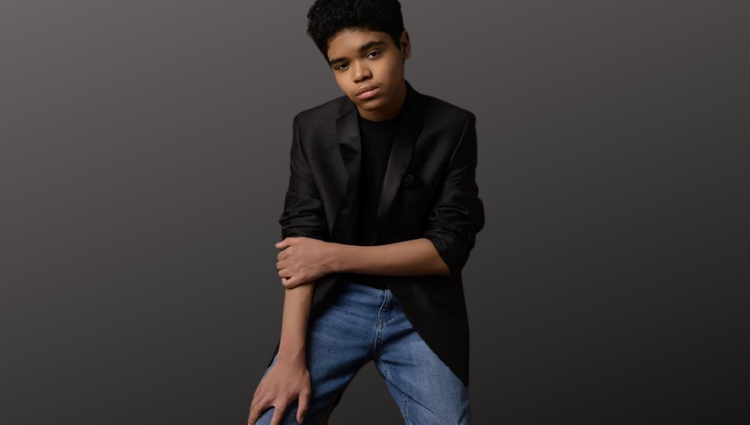 Born on May 23, 2005, Gabriel L. Silva started acting in school plays in his hometown of Houston, TX. He began acting and modeling classes at the Page Parkes Center for Acting and Modeling and continues to mature in his skill and craft. Gabriel has shared the big screen with Hollywood A-listers such as Ben Affleck and Zoe Saldana in Live By Night. He also got the opportunity to fly high in an exhilarating escape from Rodan alongside Elizabeth Ludlow, Anthony Ramos, and O’Shea Jackson in the 2019 box office hit, Godzilla: King of the Monsters.

Aside from acting, Gabriel models for Atlanta clothing brand, FadeLife Clothing. And most recently, he has started a podcast, Just Talk With Gabe, that is available on most platforms, in addition to having been streamed in 12 different countries. As if Gabriel’s schedule was not busy enough, he has taken on the challenge of becoming a budding entrepreneur, taking action against the social injustices of bullying with Action Magazine. In his free time, Gabriel likes to do the same things that many kids his age love. He plays tons of video games, is an avid chess player, listens to music, watches movies and television, plays with his dog, and spends all the time that he can with his family and friends.

BRIEFLY INTRODUCE YOURSELF, WHO IS GABRIEL L. SILVA IN YOUR OWN WORDS?
I am an introvert who loves video games, acting, and my dog.

HOW THE EXPERIENCE OF SHARING THE SCREEN WITH HOLLYWOOD A-LISTERS?
It was a lot of fun. I got a chance to see them as “regular people” who are just doing what they love like me…that was very cool.

HOW DID YOU GET ATTRACTED TO ACTING?
My mom put me in acting classes when I was younger to help keep up my self esteem because I was being bullied because I was small for my age. At first, I didn’t like it, but when I gave it a chance, I started to love it and now, I can’t see myself doing anything else.

WHAT IS THAT EVENT OF BULLYING THAT MADE YOU THINK ABOUT IT SO SERIOUSLY?
At first, I didn’t realize that I was being bullied. I just thought they were playing around and then, the teasing turned physical. That’s the moment I realized things were more serious than I actually thought they were.

TELL US SOMETHING ABOUT YOUR PODCAST, “JUST TALK WITH GABE?
My podcast came out of quarantine. I was bored and wanted to try something new. I really think podcasting is a blast. My guests just come on and “talk with Gabe” about their lives and careers. The fun round of our show gives listeners a different look into who our guests are outside of their business worlds.

WHAT’S NEXT FOR YOU?
I will continue to audition, hopefully when COVID has gone, I will get the opportunity to work on another project. In terms of the podcast, season three is right around the corner! I also eventually want to write and direct my own project, but that’s a ways off…lol.

WHAT WOULD YOU WANT TO CONVEY TO YOUR FANS?
I would like my fans to know that I am just a regular guy who is lucky enough to be able to do what he likes to do and have fun while doing it.