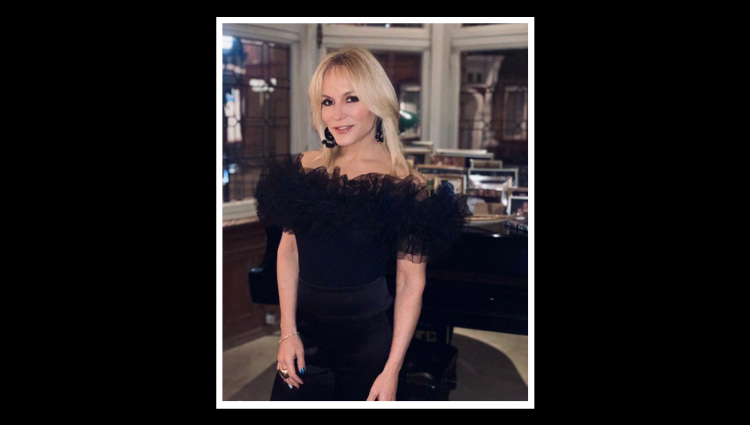 Stacey Jackson is the blueprint for the successful multi-talented woman

Stacey Jackson is a prime example of what women have always been fighting for. Jackson is a mother, activist, and philanthropist. She is also the founder of StaeFit workout apparel, a singer/songwriter, and executive producer at 3B1G Records.  She took advantage of every opportunity and passion she had and used it to become the powerhouse she is today.

To be able to accomplish all of those titles, Jackson made fitness and health a priority. As a trained fitness instructor, it only made sense for her to launch StaeFit. She curated patented technical fitness apparel for all bodies and combined her love of health and music to create three half-hour workout CDs to help people get fit from home. She understands how busy a day-to-day schedule can be, so she made fitness accessible for everyone. The design elements of the garments, such as front zippers and silver antibacterial treatments, make working out a breeze. Functionality is a pillar of the brand, and it reflects how Jackson lives her own life.

In addition to fashion and fitness, one of her main passions is music. Her journey in the music industry began in London, where she started to play small gigs. She eventually worked her way up to recording four albums and seven independent singles. Her song “Live It Up Feat. Snoop Dogg” in 2011 reached number 2 on the UK charts. Since Jackson’s cameo on the song, the two decided to get their record remastered and have plans to release “Live It Up: Rebooted” this summer. In addition, Jackson will also be releasing an acoustic album and is continuing to work on a dance music album called “Beach Party.” She loved music so much she became Executive Producer of  3B1G records, where she could get hands-on experience behind the scenes.

Along with music and fitness, family and philanthropy take up a lot of her time. Stacey says she is not a “whole Stacey” without the support of her family. Her family is the true motivation behind it all. She is a mother before anything and makes sure she shows up for her four children in every step of life. She also gives a lot of time and money to the Music For Youth program, including all of the proceeds from her album Upside Down.

Jackson is the perfect example of a good work/life balance, and fans are on the edge of their seats waiting for what projects are coming next. Her book “How Snoop Dogg Made Me A Better Mom,” co-written with Ruth Elkins, her close colleague and former journalist for The Times, is one of her upcoming projects. Set to release this summer, it will be the perfect guide for women everywhere looking for resources to juggle their busy lives.

So whether you’re looking for songs to jam to in the gym, clothes to work out in, or even a book to read after a long day, Stacey Jackson has the perfect thing for you.

To know more about Stacey Jackson visit: www.staceyjackson.com and don’t forget to follow her on Instagram @staerox

How to Make the Most of Online Shopping