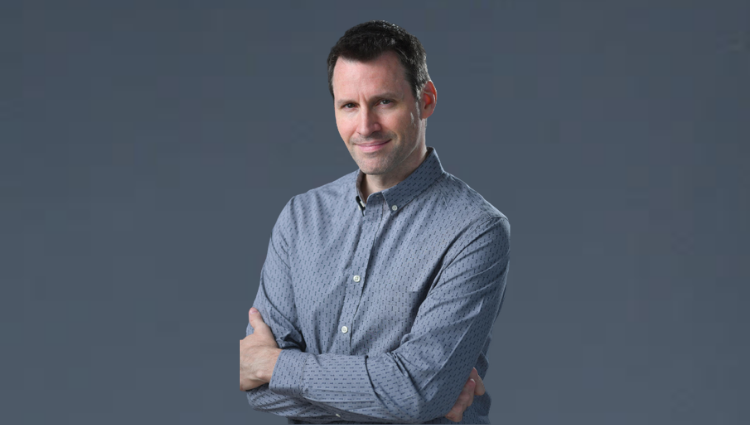 Patrick Oliver Jones Born in Birmingham, Alabama has been performing for more than 25 years as an actor and singer. Starting out performing in the fabulous shows at Walt Disney World, he eventually brought his southern charm to the stages of New York City appearing in National Tours and Off-Broadway World Premieres. This baritone was an original cast member of “First Wives Club” in Chicago as well as performing in two National Tours of “The Adams Family” and “Evita”. On screen Patrick has co-starred on “Blue Bloods” with Tom Selleck and Donnie Wahlberg and “Law & Order: Criminal Intent” with Vincent D’Onofrio. With all his successes, there have been far more failures which led him to his newest podcast venture. “Why I’ll Never Make It” is an innovative podcast that explores the reasons why actors and creative professionals don’t succeed while delving into what it really means to “make it” in this industry. It is one of Feedspots Top 25 Best Theater Podcasts. Guests have included Broadway Actors such as Jelani Alladin (Broadway’s Frozen) to former N’SYNC singer Joey Fatone. Everyone has a story and Patrick hopes his listeners find laughter and inspiration in his podcast.

HELLO PATRICK, SO GLAD YOU’RE HERE! LET’S START. CAN YOU TELL US A LITTLE BIT ABOUT YOURSELF, WHO IS PATRICK OLIVER JONES IN YOUR OWN WORDS?
Well, he’s someone I’ve known my whole life and is a pretty smart guy. Haha. But seriously, I’m originally from Birmingham, Alabama but now live in New York City, which is where I’ve been for the last 13 years. In between these two cities has been a journey of discovery about myself and the kind of life I want to lead. I’ve struggled with loneliness, self-doubt, connection, and even my own sexuality. But on the other hand I’ve also grown in confidence, understanding, and skill as well as an innate sense of patience that helps me weather the ups and downs of my life and career.

I would say the biggest transition has come in the last year due to the pandemic, where my ideas of success and fulfillment have been completely upended. The goal of Broadway I had when coming to NYC has been tempered by a realization that I am still whole and worthy without that achievement. It’s allowed me the freedom to open myself up to other ways of making a living and finding purpose outside of theater.

HOW DID YOU START AND HOW WAS YOUR FIRST EXPERIENCE IN THE INDUSTRY?
My first professional job came the summer after my freshman year in college. I auditioned for a summer stock company in Birmingham that was doing 3 musicals over the course of about 6 weeks. The first musical was KISMET and starred Rebecca Luker. She was absolutely wonderful, not only in the show but in getting to know her. I was completely enamored and starstruck with her, and it was quite the introduction to the joys that can come from working with others and putting a show together. Mind you, I only made $150/week as part of the ensemble that summer but the wealth of knowledge I gained and the foundation it paved for my career has been invaluable.

ACTING TO SINGING IT’S QUITE A TRANSITION, ISN’T IT?
For me it was the other way around. I knew I wanted to sing long before I really thought of being an actor. And that transition was one that took me awhile to figure out. The sheer act of singing, breaking out in song onstage in the middle of a conversation or when talking to yourself is inherently strange and unnatural. Yet that is the goal of musical theater to make that oddity seem effortless and natural. So first there was the step of learning the difference between acting and singing, but then the more important step of joining the two as one singular expression of a character. And it’s going to be different from show to show. Like how I approached Quixote in MAN OF LA MANCHA was more heightened character work than the intimate and grounded nature of Robert Kincade in BRIDGES OF MADISON COUNTY. But it’s those differences that give this career variety and make it more fun.

HOW DOES YOUR BACKGROUND AS AN ACTOR INFLUENCE YOUR WORK AS A SINGER AND THE OTHER WAY AROUND?
It’s taken me awhile to learn, but eventually I realized that it’s the acting that carries the day more than the beautiful singing. Sure, we all love to hear a gorgeous voice and beautifully sung melodies, but without strong and believable character choices behind it, then it’s empty and adds nothing to the story or the character. So yes, do the work of learning notes and rhythms and proposer vocal techniques. It’s then that the opinions, beliefs, and motives of the character have to shine through and be expressed. Hopefully the music and lyrics facilitate that, but sometimes it takes the actor to make those connections and turn a pretty song into a pivotal moment, furthering the experience for both the audience and that character.

DESCRIBE YOUR CREATIVE PROCESS?
On a basic level I approach character work from the outside in. I understand what they do and how they do it, then dig deeper into why they do it and how that feels. For me this feels more useful, especially in long-running shows like national tours and cruise ships. My emotional state will change day to day, and I won’t always be in a place to access the same feelings for a given scene at every performance. But I can always remember and utilize the physical actions as a type of muscle memory to keep me present in a scene and provide the best chance for emotions and internal processes to engage.

WHAT IS YOUR MAIN INSPIRATION?
Connection, in terms of the audience as well as fellow creatives in rehearsal and onstage. That’s what I long for – a sense of togetherness and belonging. I’m sure it comes from my own childhood of being an only child and that loneliness I spoke. Theater has provided a wonderfully rich avenue for meeting and connecting with a wide spectrum of people, who then in turn help me connect more with myself and my place in this world.

WHAT IS A RANDOM FACT ABOUT YOURSELF THAT YOU CAN SHARE WITH US?
When it comes to small snacks like Goldfish or M&M’s, I eat them two at a time. One piece on each side of my mouth. If I get to the end of the bag and there’s three left, I’ll eat two then split the third one between left and right side. I have no idea why I do this but it’s just what I’ve always done.

ANY UPCOMING PROJECTS YOU CAN TALK ABOUT?
It’s been at least five years, but I’m going back to acting class again this summer. After this long drought of being away from the stage and interacting with fellow actors it feels like the right time to dust off the cobwebs and center myself and my craft again as I reconnect with the intentions and motivations of why I love acting and performing various characters.

WHAT ADVICE WOULD YOU GIVE TO SOMEONE WHO IS JUST STARTING THEIR CAREER?
Don’t take it personally. Whether it’s direct criticism of a performance or the silence that usually follows auditions, you can’t let those words entrench themselves in your heart or mind. Continually strive to be better and grow with each show, but make sure you’re enjoying each step and doing it for yourself and not others. Taking criticism personally will only stifle your talent and keep it from expanding, which will only lead you down a dead end.

ANYTHING ELSE YOU WOULD LIKE TO SHARE WITH OUR READERS?
As we all start to perform and inhabit spaces we haven’t been in for most than a year, just take a breath and ease back into the work. Some are ready to get going while others are more hesitant and anxious. Let’s support and understand each other with the ultimate goal of enjoying ourselves and finding that creative spark again.

LASTLY, WHERE CAN PEOPLE FIND YOU ONLINE?
I’m at pojones.com and my podcast can be heard at winmipodcast.com or wherever you listen to podcasts. Follow me on Instagram at @pojnyc and @winmipodcast.