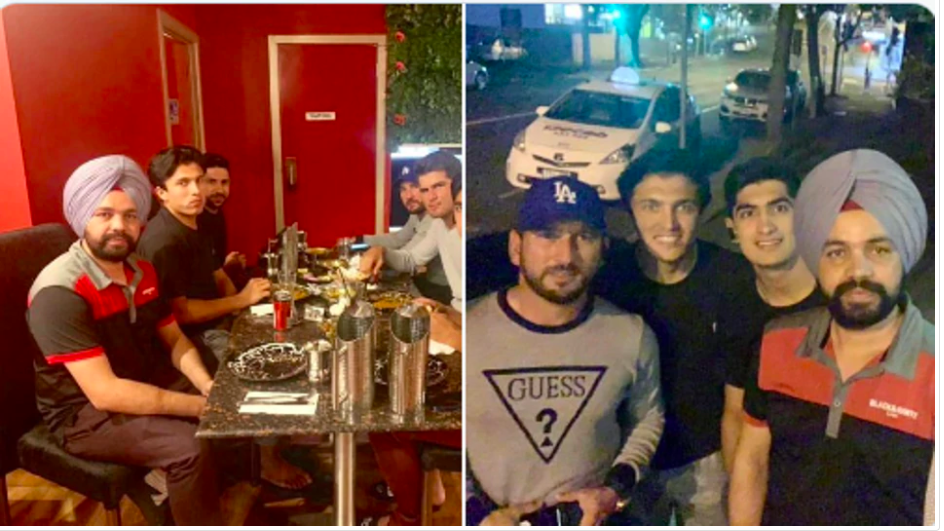 Recently photos of the Indian cab driver, who was sharing a meal with Pakistan stars, including Yasir Shah and Shaheen Afirid, went viral on social media.

Pakistan spinner Yasir Shah allegedly revealed about the Indian cab driver who drove the entire Pakistan team from the hotel to an Indian restaurant in Brisbane. Shah further told that the Indian driver was chatting with them in Urdu, he was chatting about cricket and was very delighted when they invited him to join them for the dine.

Shah said that the Indian cab driver refused to take fare from them, on which they invited him for sharing the meal with them, Indian driver was “very happy” upon receiving the invitation for the meal at an Indian restaurant in Brisbane.

Shah in a video said, “We were not aware of any Indian or Pakistani restaurants in Brisbane. So when we five teammates stepped out — Imran Khan, Naseem Shah, Mohammad Musa, Shaheen Shah Afridi and I — we called a taxi.”

He further added, “The driver was a Paaji from India. We told him to take us to a nice restaurant. He recognized us and we chit chatted in Urdu about cricket. He refused to take the fare from us when we reached the restaurant. I told him, ‘You either have to take the fare or have dinner with us.’ So he agreed for the dinner.”

Meet Artist and Entrepreneur Arad Ghodrati from Atlanta, Making waves in the Digital…