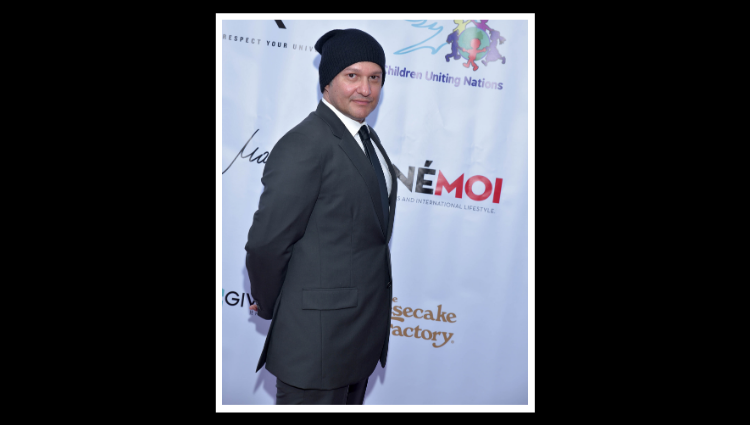 Neil D’Monte is a Director/Producer/Artist/Musician that has worked on a number of blockbuster films such as Jurassic World, Batman V. Superman: Dawn of Justice and his award-winning short film Jingle Trails is now streaming on Amazon Prime. Neil is a producer with Robots of Awesome on the Sony Pictures lot. His latest projects include the highly nominated film Palm Springs starring Adam Samberg and Cristin Miloti as well as the forthcoming Unbreakable Boy with Zachary Levi. Also in the works is a project involving his comic Clan of the Vein.

HELLO NEIL, THANK YOU SO MUCH FOR JOINING US! PLEASE, BRIEFLY INTRODUCE YOURSELF, WHO IS NEIL D’MONTE IN YOUR OWN WORDS?
Hi and thank you for contacting me!  I’m just a guy who wants to keep people entertained through my arts.

HOW DOES IT FEEL TO HAVE SO MANY FEATHERS IN YOUR HAT?
I enjoy it!  Every day is different and challenging. Yet I also feel like I have never worked a day in my life since getting into the entertainment industry.

HOW IMPORTANT IS DEVELOPING A PERSONAL STYLE WHEN IT COMES TO ACTING?
VERY!  I feel it is important to take scene-study classes and workshops with different acting coaches and teachers. That way you can incorporate a variety of styles into your education and performances.

TELL US SOMETHING ABOUT YOUR AWARD-WINNING FILM “JINGLE TRAILS,” HOW DID YOU GET THE IDEA TO MAKE THIS FILM?
It was not my idea to make this film. That idea came from Jax Malcolm who was one of the lead actors.  I was approached to direct the film and thought it would be challenging to do a “family-friendly” piece as most of the work I do is based in comedy and thrillers.  Originally, the script took us on a journey of two kids lost on a hiking trail where they meet Santa on his day off. We kept the same premise. Only I decided that we should try shooting it in widescreen and use a state park as a scenic backdrop. It did work to our advantage as the park really became a character in the course of the film.

WHAT IS MORE ENTICING FOR YOU, PLAYING MUSIC OR DIRECTING A FILM?
I love both! But film directing is something new and exciting and something I feel I can learn more from. Music performance is something that is a part of me as I come from a family of musicians. I have also had moderate successes with music and have toured a nice chunk of the world. But film really invigorated my passion! It is challenging to me. So I wanted to see how far I could go with it!

WHAT WOULD YOU WANT TO SAY TO THOSE WHO WISH TO PURSUE THEIR CAREER IN THE ENTERTAINMENT INDUSTRY?
Stick with it! There are a LOT of ups and downs. Save your money when you work. Most of this industry is freelance based so keep making friends and don’t abuse relationships you form with others. Stay grounded!

WHAT ELSE DO YOU WANT YOUR READERS TO KNOW?
I started working as a producer with Sony’s Robots of Awesome late in 2019. We are just gearing up to shoot our first film with me onboard as a producer/exec in charge of production overseas and I am pretty excited about it. But more on that later!  Been keeping very busy during the pandemic as well.

Thank you again for having me!