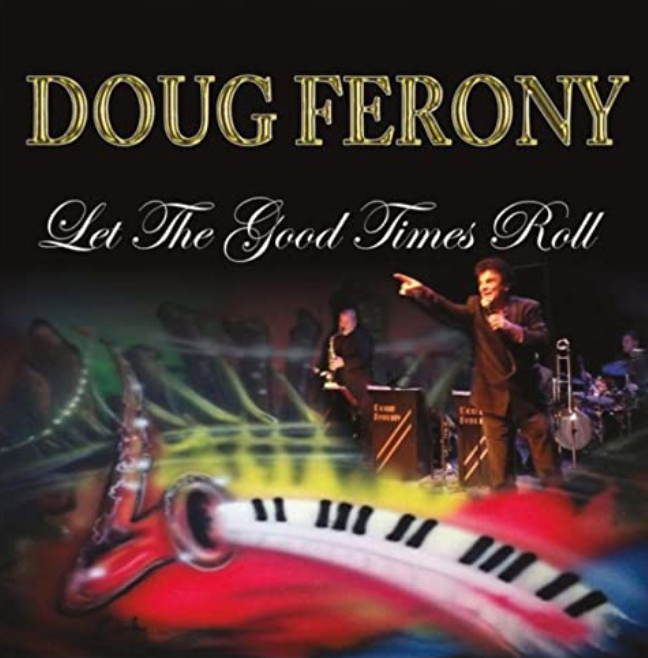 “Let the Good Times Roll” the title track from Doug Ferony’s CD recorded with his orchestra, is re-released by the artist. The album was first released in 2015. “Let The Good Times Roll” written by Sam Theard and Fleecie Moore and sung by Doug is a classic R&B song backed by the Swinging Doug Ferony Big Band.

Doug Ferony comes from the same school of singers that produced the performers he emulates: Frank Sinatra, Tony Bennett, and Bobby Darin. Doug delivers new ideas and perspectives through his soulful music, which he delivers with an unmistakable but exceedingly lyrical baritone. Doug’s first self-produced album, “This One’s for You,” was released in 1996 and demonstrated that he is equally comfortable in a big band and a small group setting. His love of big band music inspired him to pursue a singing career.

The US-based artist is exceptionally talented; he has been performing since 1989. He’s performed at The Monte Carlo, Tropicana Casinos in Atlantic City, and Harrah’s ShowBoat in Las Vegas. He has performed at Tavern On The Green, Supper Club, Russian Tea Room, Windows of the World, and the Vista Hotel World Trade Center. Doug even opened the 1997 U.S. Open Tennis championships with the “Star-Spangled Banner.” Doug is a member of the good standing of the Screen Actors Guild and has appeared in TV shows and films such as Goodfellas, Back to School, You’ve Got Mail, Law & Order, and HBO’s OZ. When he is not performing, he loves sitting back and listening to his influences, such as Rosemary Clooney, the Buddy Rich Band, Earth, Wind & Fire, and Diana Krall.

“Let The Good Times Roll” is an example of Doug’s exceptional musicianship, zeal, and sincerity that makes the song infectious and joyful. Make sure to check out as well the music video on YouTube.

“Let The Good Times Roll” is now available on Spotify and other major streaming services. To know more about Doug Ferony website www.dougferony.com and Instagram @dougferony

What Are the Different Types of Lighters and What Are They Used for?

Are You Spending More on Your Car Than You Think?