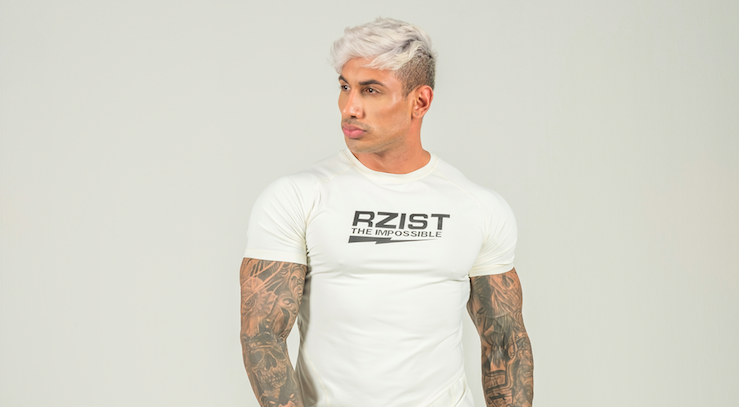 Let’s talk today about one of the Emirati personalities who have a great influence on social networking sites. It is certain that when we talk about an Emirati influential figure on social media, the famous model “Naser Hasan” comes at the forefront of the conversation, as he is considered the first Emirati to enter the world of model.

Naser Hasan was born on the 29th of October 1990 in the United Arab Emirates, specifically in the Emirate of Dubai. He is a bodybuilding champion thanks to his supernatural fitness and physique, as he won the Emirati champion twice in a row.

Nasr used to follow a healthy diet in order to get to where he is now, as he became one of the bodybuilding champions in the Emirates, and he did so in a few months.

Naser Hasan says “I follow a balanced diet plan with counted calories and hard workout which i mostly post in my Instagram story almost daily basis. So I keep my body fit all the time. Being fit is a part of my life. I plan to stay fit till I hit 70 years old then I might stop. I workout with weights and cardio total of 1 hour 30 minutes daily. 5 days working out and 2 days recovery depends on when it’s needed.”

He also says that it is difficult to eat a lot of meals, so Nasser wakes up in the middle of the night to eat a meal and then goes to sleep again, as he is used to it. The bodybuilder stated that he always feels hungry because he relies on a healthy diet that does not contain fats or carbohydrates.

NASR IS THE AMBASSADOR FOR THE FOLLOWING BRANDS

Naser Hasan entered the world of tattooing in 2017. Naser says he has around a total of 33 tattoos “hopefully I didn’t miss any in counting” tattoo is an art. He appreciate this art and I decided to start with what represents my personality, thoughts and my life. He love getting tattoos as it makes him draw his own map on himself and show how beautiful this art is.

JamesDJJ Is Back At Fashion Weeks

Tim Trilioni – More Than A Rap Artist and Soul Singer