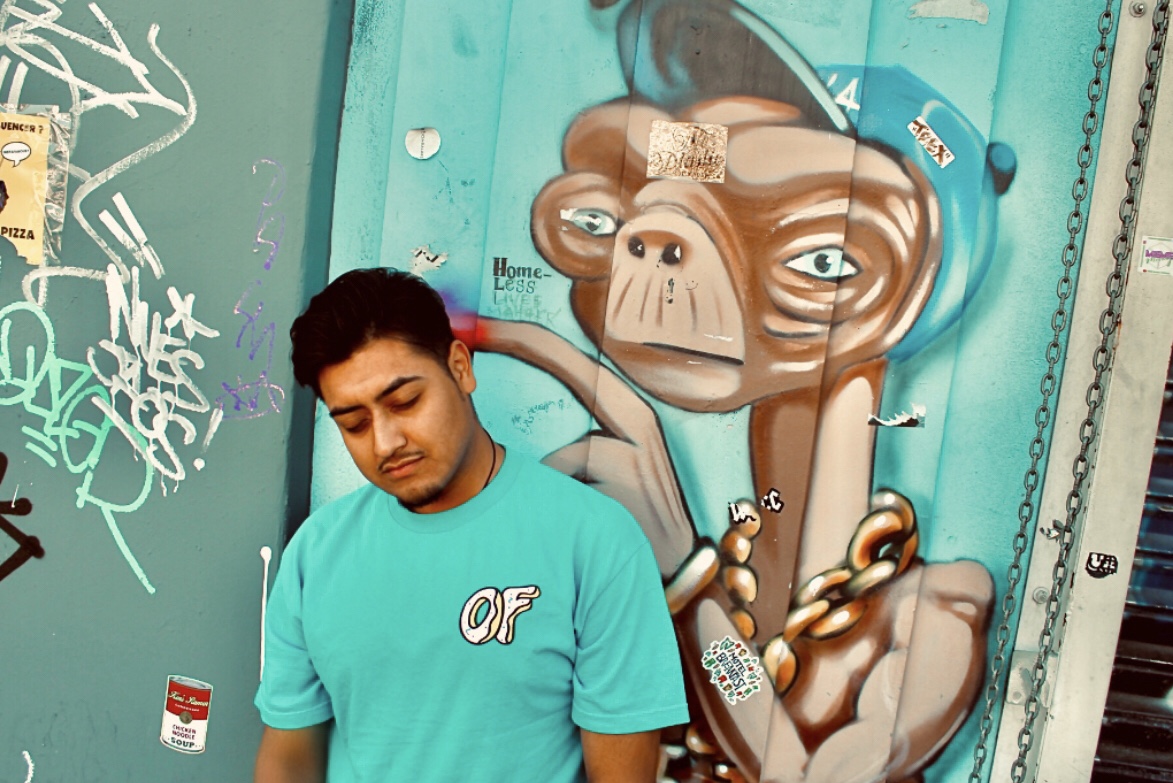 Los Angeles based Film Director Emmanuel Osorio is launching his Hollywood career with a hip, cutting-edge new movie that he wrote, directed and stars in called BLASÉ L.A.

The film follows a teenager who moves to the city of Los Angeles to try to re-establish a rocky relationship with his estranged father while completing his final year of high school. We spoke with Emmanuel about the development of his film and his plans to make waves in the entertainment industry.

WHAT MADE YOU WANT TO TELL THIS STORY?
I wanted to showcase this pre-Covid time period as sort of a time capsule of my generation. Growing up here in Los Angeles, most of the people my age want to become rich and famous overnight and have their own reality shows. In high school and college, everyone talked about how many social media followers they had and it almost seemed like a competition on who took the best selfies or who could get the most likes on their posts. It all seemed very superficial, but instead of focusing on homework, it was all about what is the next Youtube video could we film? or what type of photo could I post to get the most views or likes? So I wanted to tell the story of this main character arriving in Los Angeles to mainly focus on an important family issue, but he gets sidetracked by creating a new persona for himself in order to fit in with the snobby cool kids at school and to ultimately take over and run things. The film has a lot of twists and turns with diverse characters that a lot of people will be able to identify with. People from L.A. will immediately connect with some of these characters and the vibe of the city, and people that aren’t from L.A. will get a taste of what to expect if they ever move here.

YOU WROTE AND DIRECTED THIS FILM AND YOU ALSO ARE ACTING IN THE LEADING ROLE. TELL US WHY YOU DECIDED TO TAKE ON SUCH A DAUNTING TASK FOR YOUR FIRST FILM.
When I started writing the screenplay for BLASÉ L.A., I always pictured myself as this main character, but I didn’t think I would be able to actually cast myself in the part. When I finished writing the script, I started pitching the project to various industry friends and producers that I made through networking and the feedback I got was very encouraging. A couple of filmmakers I know had made films that they starred and directed in and it sounded like a really rewarding challenge. This character is semi-autobiographical so I know this character very well and I figured that I might as well be the one to represent this character on the big screen. There aren’t many films out there with a young Latino male lead navigating the storyline.

WHAT ARE YOUR FUTURE PLANS FOR THE RELEASE OF BLASÉ L.A. AND BEYOND?
We plan to premiere the film in Summer of 2021. The pandemic sidetracked a few things but we have been working on completing certain aspects of the production during the quarantine. It has given us a chance to focus on editing, the music soundtrack and other post production things in that nature. I definitely want BLASÉ L.A. to be seen in movie theatres, so with most of them being closed at the moment because of the pandemic and until things get safer again, we are gearing up for Summer/Fall of 2021 for BLASÉ L.A. to make waves in movie theatres.

Beyond that, I think I ultimately would like to continue building up and sustaining a long-term career in the entertainment industry. I really want to create solid movie projects that will lead the way for other people to be inspired to take chances and follow their goals and dreams. I have always loved art, fashion, music and photography, so in addition to making movies, I plan to also infuse these elements into side projects that I will launch in between each film I make. The sky’s the limit and now is the time for lift-off!

You can also view updates on the official BLASÉ L.A. website at
www.BLASELA.com and www.EmmanuelOsorio.com