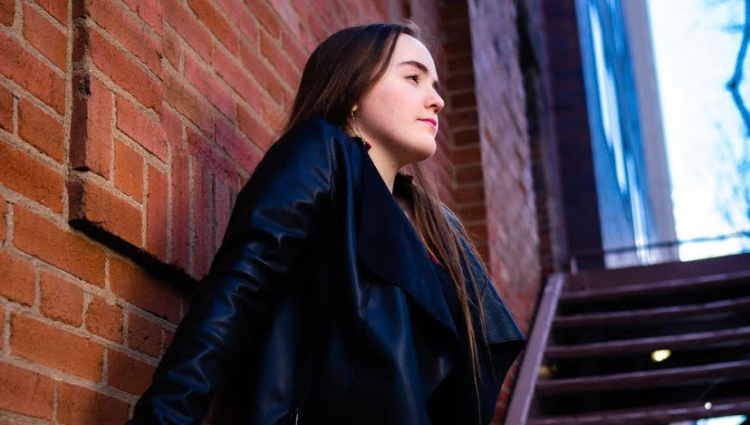 Lina Mapes discusses her single “Off Guard” as well as her anticipated release of her next song!

Lina Mapes is a young performing artist from Dallas, Texas. She is a singer, songwriter, and pianist who loves music with a passion. She recently released her passion project “Off Guard,” on August 12th, and has an upcoming release soon! Follow her on her Instagram @iamjustlinaofficial to watch her story and check out her Spotify under Lina Mapes.

SO GLAD YOU’RE HERE! LET’S START, CAN YOU TELL US A LITTLE BIT ABOUT YOURSELF, WHO IS ANGELINA MAPES IN YOUR OWN WORDS?
Hi everyone! So happy to be talking with you guys! So my name is Lina Mapes, and I am a 15 year old performing artist from Dallas, Texas. I am passionate about the music I create and wanting to allow you guys to be there every step of the way. The music I create is in one word emotional, and I want to connect with people on this level so that they know they are accepted without fear or judgement!

As well, my main motto in life is to spread love and happiness!!!!

TELL US ABOUT HOW YOU STARTED MAKING MUSIC?
Well it’s a very funny story, now I always loved music growing up, and I had done a few plays but I had never fully thrown myself into making music. So one day I had signed up for this acting camp, and you could either make a music video or an acting video, and out of nowhere I just said I really wanted the music video!! I didn’t realize that I needed to have already recorded my vocals so they brought someone in to come and record me. So here I am in the middle of a bathroom with a recording mic in front of me, and in that moment I met my vocal coach, Brielle Pogue! At the end of our recording she said to me, “You can sing but you need to learn to sing.” Ever since then I have been taking classes from her, and over the years I’ve induced myself more and more into music. I write songs, I’m learning to play the piano,I learn production, I get to go into the studio and make some amazing music, and it is the happiest that I have ever been!

WHO INSPIRES YOUR PLAYING STYLE? WHICH ARTISTS CAN WE REFER TO?
Oooh, I love this question because there are so many different styles of music that I love and somehow an artist from almost every genre has inspired me! Though if I had to pick only a few I would say my next new song is a mix of Pink and Dermot Kennedy. Kennedy because I am a huge lyric fanatic, and it’s always one of my main priorities to make sure that the lyrics tell a good story. Also, Pink because she’s inspired me so much with the way she just lets herself be her while singing and this encouraged me while writing my own music.

WHAT IS YOUR CREATIVE PROCESS LIKE? HOW DO YOU START WRITING A MUSIC PIECE? HOW DO YOU BEGIN YOUR CREATIVE PROCESS?
The way I start writing is very different depending on the mood I’m in that day. Now I love writing! It is truly one of my greatest passions in the world, and inspiration strikes at some of the craziest times.Most of the time, though, when writing it’s just me and my mom going inside to my piano room and I start playing random chords, with a voice memos on, and start singing these lines that I create, and we have to record them because I will forget instantly what I say if we don’t!! Sometimes, If I am having a hard time where I cannot write I have this hidden creek that I love to go to on my block, and I’ll just sit there listening to the water rush and the birds chirp and I just start writing.

CONGRATULATIONS ON YOUR NEW SONG, ‘Off Guard”. EXPLAIN THE STORY BEHIND IT.
When relating to my last release, “Off Guard,” I had been in a very bad place. The song is about how I had recently lost my uncle this New Years, and writing the lyrics to that song was my only way to talk about what I was feeling. I honestly cannot remember writing them, I just remember listening to this beat and pulling up a note sheet and then it splits to maybe 30 minutes later I’m walking into my moms room saying, “Mom I think I just wrote something?” After that, because it was in the middle of COVID, we didn’t want to have to leave the house to record so me, my mom, and my vocal coach Brielle set up my recording closet. I recorded every single vocal take up there, in my house, while I was on several zoom calls with Brielle! That became the joke in our house of me having my own Harry Potter closet. It was a very different recording in that room, but my next song, which we did in the studio, was a very different feeling and I cannot wait for its release!

WHAT ADVICE WOULD YOU GIVE SOMEONE WHO WANTS TO BE A SOLO PERFORMING ARTIST?
The advice I would give somebody who wants to be a solo performing artist would probably be that it’s hard you have to put in a lot of work into your craft and sometimes you feel like you want to give up but those are the times that you just need to push harder. Also to all these performing artists you can’t be somebody else we don’t need another Adele we need a first you! So always be yourself, and also you have to do social media even if you don’t like it, I had to learn that the hard way!! Make sure to develop good relationships, be willing to listen to good advice and stay true to yourself!

LASTLY, WHAT ARE YOUR MUSIC GOALS FOR THIS YEAR, AND HOW ARE YOU WORKING TOWARD ACHIEVING THEM?
Some of my musical goals for this year were releasing another original very soon. I’m not gonna tell you guys the name of it because the official release isn’t until early January but I really hope you guys stay tuned and listen to it when it’s finally released!! My next song I really put so much time in the studio with so many amazing musicians and amazing engineers and so I really hope you guys will all love it when it finally is released! I am working very hard right now to make sure that everything is perfect for it and that you guys get to see the journey along the way on my Instagram @iamjustlinaofficial. Thank you so much! It was great talking with you!!!

The Band Sebastian Is A Staple In The Music Industry