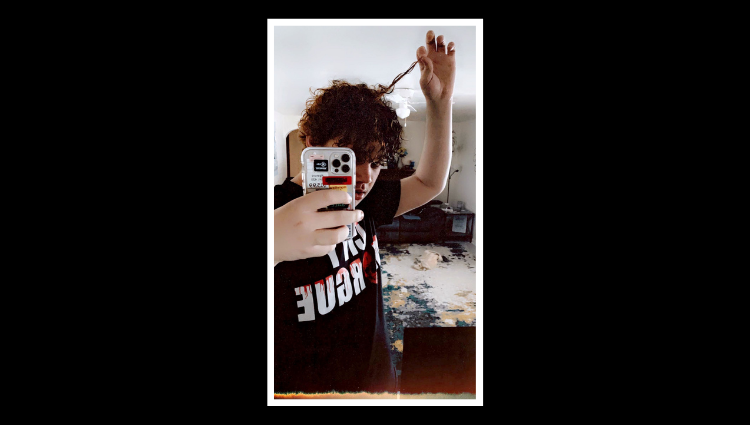 “If plan A fails, remember there are 25 more letters.”

It is correctly said that if we fail in what we have planned, we still have a life ahead of ourselves. People learn from their mistakes, and yes as we humans have evolved this far, it is evident that we might have also failed many times but we never lost hope. Success is not the thing we should crave for,

it is the hard work and persistence we should practice, as it will automatically open our paths to success in life.

One such entrepreneur and a content creator we have with us is Kaden Medeiros who always believed in himself and never really gave up in his life. He is just an eighteen-year-old teenager who had a spark of doing something different in his life and never really stopped for anything less. He always believed in hard work and determination which eventually led him to the paths of success. He is a Snapchat content creator and a social media influencer. He started as a Snapchat content creator by creating his account on the Snapchat application and then designed a few lenses and posted it globally so that people could use them and have a wonderful time with their loved ones.

He also started to write up engaging short stories and posted up different posts for his followers, which people enjoyed watching. Snapchat also allows you to make four different types of profiles, like My profile which is all about yourself. The second one is the friendship profile, which is all about friends and it includes all types of media shared between friends stays between them only. The third one is the Group Profile which includes the pictures and chats that will be saved in the group. The last one is called Creator Profile, which is a special kind of profile if the user has to use a community lens. The profile allows the creator to showcase their creativity to the snap world. It also allows them to follow their favorite creator in the Snapchat world.

Kaden exclaims that one day he was hanging out with his friends, and then at a point in time, he discovered Snapchat’s spotlight. He suddenly grew interested in it but never really knew that he could do wonders with it and monetize it. Later he was contacted by team Snapchat and was informed about all the formalities and then he knew what he and his friends were into. He never imagined Snapchat could help him make money, but yeah it did. So he now explains to everyone that people should find the work of their interest and follow their dreams and accomplish all their goals.

Social Media has become a multi-platform way to get onto the internet. Kaden Medeiros is an 18 year old American content creator and rising tiktok/snapchat star. Kaden began his climb to fame in 2019 and has started growing everyday ever since. He has amassed over 14k followers on the famous platform, tiktok. Overtime, Kaden has gained a large fanbase & audience on social media. Kaden was born on October 8th, 2002 in Ohio. Kaden Medeiros plans to continue to pursue his career over the next few years and wishes to become successful in the entertainment and social media industry.

Meet Jai’dynn & Pai’tynn, two sisters that are taking the child modeling and entertainment world by storm

Tarah Who? Share Their Newest Rock Single, “Illusion of Freedom.

How to Take Better Care of Your Car

Gym Wear: Your Guide to Finding the Right One