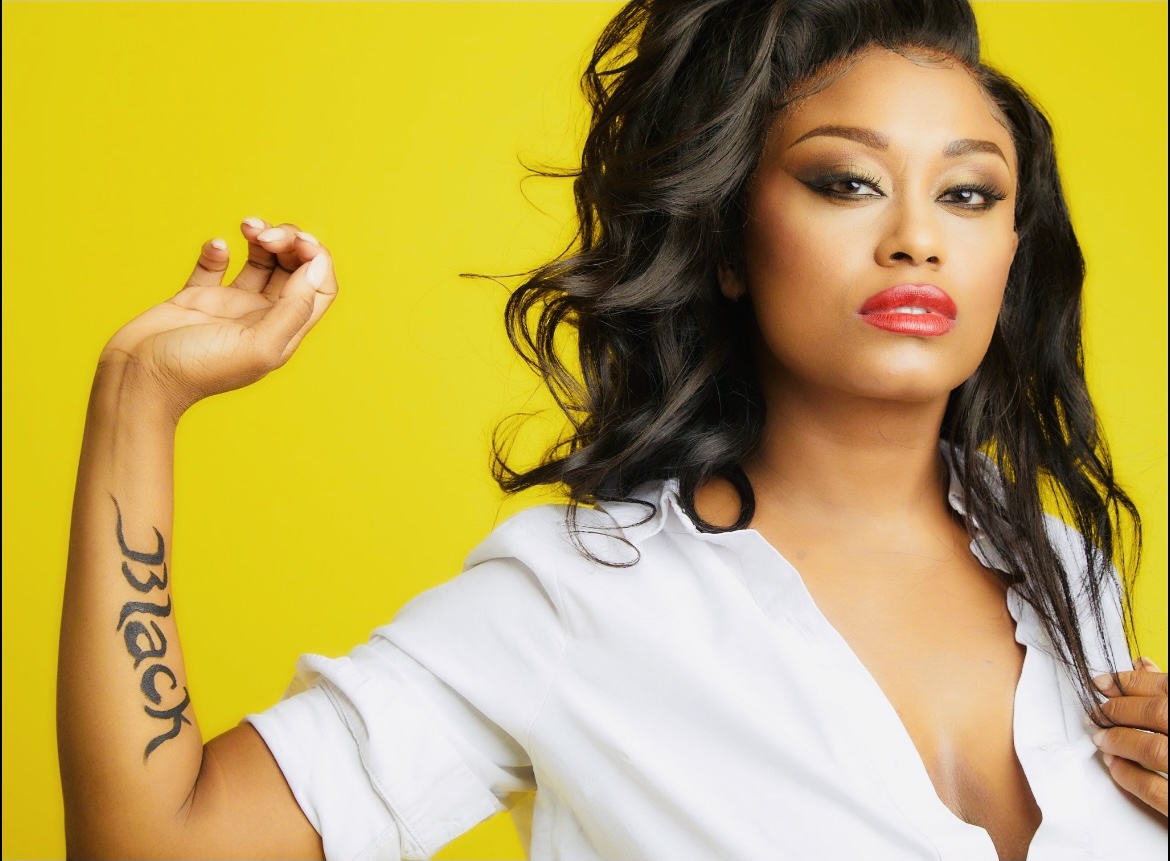 Jones Monroe is a singer, songwriter, musician from Terrell,TX. Her debut album grabbed the attention of many industry executives in the fall of 2020, which led to collaboration and work with SFMG. Before her debut single release Jones as her alias Brielle Pogue doubled as an artist development coach partnered with most major labels from 2016 – current. Jones describes her new sound as southern blues meets trap.

HI! THANKS FOR TAKING THE TIME TO CHAT WITH US! CAN YOU TELL US A LITTLE BIT ABOUT YOURSELF, WHO IS JONES MONROE IN YOUR OWN WORDS?
Jones Monroe is a Black Gangster Marilyn Monroe.

YOU BEGAN PLAYING MUSIC AT A YOUNG AGE; WHAT DREW YOU TO MUSIC?
My grandmother and mom really drew me into music. Growing up in Terrell, Tx. I realized my entire family had a musical background. My uncle plays the guitar like Jimi Hendrix and my grandmother sang like Patti Labelle. Their eclectic taste and passion I feel trickled on down into me.

WHAT WAS YOUR EXPERIENCE WORKING WITH NAGARIS JOHNSON LIKE?
Nagaris Johnson is such a talented creative. Working with Nagaris on my project was very inspiring as an artist and a human. His knowledge of music and love of life really helped bring the project into reality. We found ourselves either in crazy deep convos or crying from laughing at an inside joke. This synergy makes for good records.

WE DISCOVERED THAT YOUR GRANDMOTHER GREATLY HELPED YOU IN BECOMING THE PERSON YOU ARE TODAY. WHAT OTHER PROFESSION WOULD YOU HAVE CHOSEN IF IT HADN’T BEEN MUSIC, IN YOUR OPINION?
If I wasn’t a singer I would have totally been an astrophysicists and planetary scientist. I love Neil Degrasse, science, and was a total “geek” in school.

TELL US SOMETHING ABOUT YOUR DEBUT SINGLE, “BLACK?”
BLACK has been licensed for a major upcoming network show. I’m not allowed yet to say which one but, I’m very excited that the message will be heard on that level.

WHAT SPARKED THE IDEA FOR “BLACK”?
BLACK was created when a young black girl approached me feeling very non-significant about herself. I told her what my grandmother told me, “If you’re confident you’re beautiful.” I wanted to create a record that evoked confidence in our culture. The record evolved when I watched Judas and the Black Messiah. I really realized in that moment that I am a revolutionary.

WHAT’S SOMETHING WE SHOULD KNOW ABOUT YOU THAT MIGHT SURPRISE US?
My family and close friends are convinced I’m clairvoyant. For as far back as I can remember I thought everyone just dreamed things that were going to happen. Around 12 when I dreamed about my brothers friends death I realized that wasn’t typical.

WHAT IS ONE MESSAGE THAT YOU WOULD LIKE TO GIVE TO YOUR FANS?
I want to tell my fans that love exists and there’s enough for them. I really care about people and I want my fans to know if nobody else is there for them, I am.

Feeling comfortable is the first step!