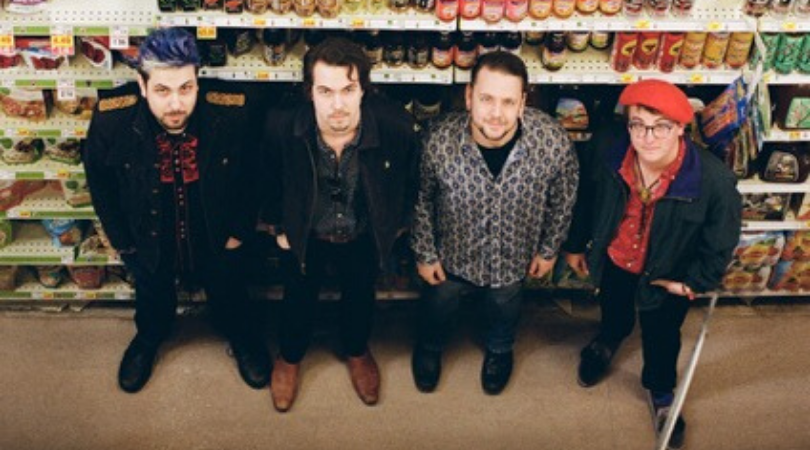 I had the privilege to interview music band Say Kids; they are a band based in Nashville, Tennessee blending rock, psychedelia, funk and blues. They started in early 2018 where Peyton Smith and William Cheatham met at Belmont University and quickly started writing music together. Read the interview to find out more about them.

BESIDES YOUR MUSIC, WHAT WE FIND UNIQUE ABOUT YOUR BAND IS ITS NAME. HOW DID YOU COME UP WITH THE NAME SAY KIDS?
We were hanging out on the patio taking a break from practicing and one of us scrolled upon a fake Coachella announcement that had all computer-generated names.  We picked out a couple like “Bad Wurdz” and some other silly ones. Say Kids was the one we all connected with having heard a million times in our lives whether it be from Red Foreman in That ‘70s Show or from our own parents.

HOW DID YOU GUYS MEET AND HOW DID YOU KNOW THAT, YES, WE FOUR CAN ROCK TOGETHER?
Peyton moved to Nashville in 2017 and met William at Belmont University.  They happened to be suitemates and immediately grew to be the best of friends. At the time they were demoing tracks with a friend who was from California. Their friend got a message from his cousin saying that his buddy was a drummer and was moving to Nashville and was looking for people to play with. Will and Peyton were already trying out people to join their band and immediately jumped at the opportunity to have another try out.  They sent Matt, their soon-to-be drummer, a demo and he unexpectedly sent a demo back the same day with him playing drums over the song. The next day, Will and Peyton went to Matt’s brand-new house; there was this tall guy with a Jimmy Page necklace on named Oliver.  He said, “yeah, I can try to play bass”, being a guitarist himself. The four jammed in the garage and the rest is history; they all agreed to form a band.

YOUR BAND IS VERY NEW, WHAT DO YOU THINK IS THE FUTURE OF YOUR BAND DURING COVID-19?
We feel our future is very bright.  Eventually, things will return to where it will be safe for everyone to play shows.  Until then, we are just enjoying this time together to create and utilize all the platforms we have to connect to fans.

TELL US ABOUT YOUR LATEST SINGLE ‘HOOTIE HOO’, RELEASED ON MAY 22ND
Hootie Hoo was a song that Oliver (bassist) and Peyton (front man) wrote together after a house party they had just played. The opportunity came up to record at Ocean Way Studios on Music Row in Nashville which was a very special opportunity for us as a band.  We felt this was a very personal song that summed up our experiences we had shared over the past years and wanted to lay it down at Ocean Way.  The group was also very happy to work again with producer and creative confidant, Adam Lochemes from Arlie.

IF SAY KIDS COULD TOUR WITH ONE BAND RIGHT NOW, WHO WOULD IT BE?
Dan Luke and the Raid.

CRAZY THINGS HAPPEN, ESPECIALLY WHEN YOU PERFORM. TELL US ABOUT THE CRAZIEST THING THAT AS HAPPENED TO YOU WHILE PERFORMING
We have had quite the time throwing house parties, but one Halloween the party got a little too wild and the cops showed up. Thankfully they just asked us to turn it down.

WHAT’S THE WORST SHOW YOU’VE EVER BEEN TO?
Our close musical counterparts, Oddnote 😉

WHAT CAN WE EXPECT TO HEAR FROM SAY KIDS FOLLOWING THE RELEASE OF ‘HOOTIE HOO’?
I don’t want to give any secrets away too soon, but you can expect another single coming soon.

WHAT SONGS ARE YOU CURRENTLY SINGING IN THE SHOWER?
The Bird by Anderson .Paak

Karema McGhee with LUXINOUS on dismantling the stereotypes of Saging

HeIsTheArtist Returns To His Roots In New Interview

Moving to Australia | A Guide to Living and Working in Sydney