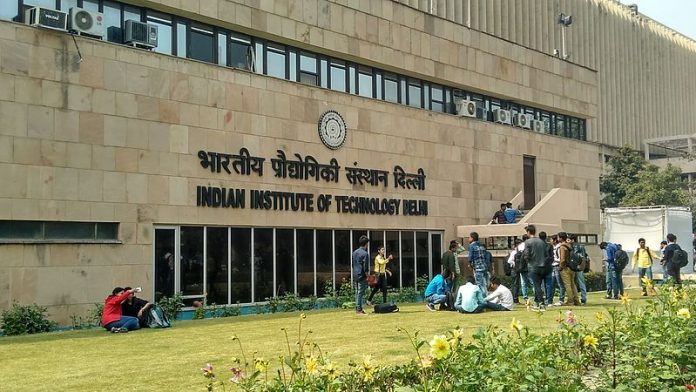 The IITs are among the most reputable institutes of technology not only in India, but in the world as well. Their technical courses are highly touted and it is because of their international education standards that most of their alumni have successfully forayed in crucial sectors like artificial intelligence and deep-tech and made significant contributions nationally and internationally. Here is the list of some IIT alumni who have made marks in those sectors.

ANGAM PARASHAR AND ANKIT NARAYAN SINGH
Angam and Ankit are IIT-Kharagpur graduates who founded Parallel Dots, a Gurugram-based AI start-up. “We used to discuss everything from selling samosas in Bengaluru to high-tech artificial intelligence and machine learning ideas while trying to figure out what our start-up would be focused on,” said Angam, who pursued mechanical engineering.

In 2014, the duo, heavily inspired by Steve Jobs’ speech on ‘connecting the dots’, started their company. Today, Parallel Dots is one of the leading AI platforms that caters to various brands and retailers across the world to collect, analyse and visualise retail data.

RAJAT KHARE
Rajat Khare is an entrepreneur and the founder of Boundary Holding, a European based investment firm that primarily caters to artificial intelligence and deep-tech industries. He pursued computer science from IIT Delhi and went on to establish his company in 2016 which has its presence in Luxembourg and France today. Owing to the investments Boundary Holding has made over the years across various sectors like IoT, Analytics, UAVs, Big data, etc, the business operations of many start-ups have been spurred. Some of the key investees in its investment portfolio include XR Vision, Konux and Cerbair, to name a few. Boundary Holding has also been investing in Asteria Aerospace, however it successfully exited post-acquisition of the Bengaluru-based company by Reliance Industries earlier this year.

ASHEESH CHANDA
An alumnus of IIT Delhi and IIM Bangalore, Asheesh Chanda is the co-founder of the Singapore-based company Kristal.AI. The latter offers investment solutions to various investors – from laymen to HNIs through AI-based robo-advisories under the expertise of in-house investment committee.

Through the service offered by Kristal.AI, Asheesh said that Indian investors will be able to independently make decisions on investments that have been handpicked for them, rather than relying on someone else to choose an investment vehicle on their behalf.

BIPUL VAIBHAV
With an aim to make hiring processes across companies more transparent and less tedious, Bipul Vaibhav, an IIT-Guwahati alumnus, along with his friend Kumar Sambhave started Skillate in 2016. The company, based in Bengaluru, helps business organisations to optimise their hiring process by leveraging AI. This includes job posting, matching of candidates as well as having conversations with them through AI-powered features such as chat-bot and automatic interview scheduling. Today, Skillate works with around 13 enterprise customers including well-known companies like OYO Rooms, Yes Bank, L&T Construction, etc.

What Are Fashion AR Filters?