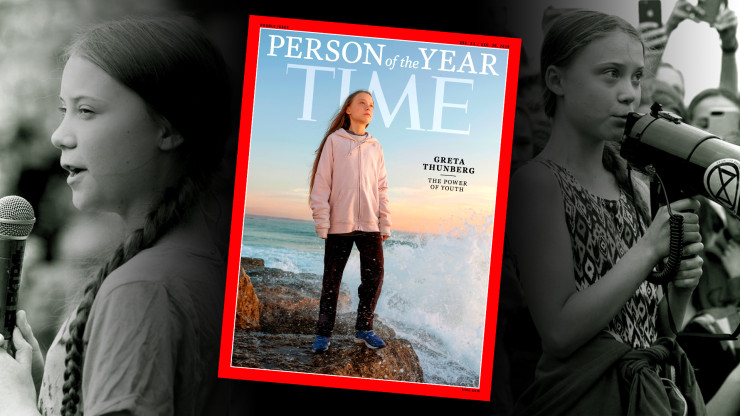 Teenage climate activist Greta Thunberg was allegedly named Time magazine’s 2019 Person of the Year on Wednesday. Greta is strongest and youngest personal brand that has inspired millions of people in 150 countries to protest climate change, also she has made global headlines for her blunt, powerful speeches to world leaders urging them to address the issue.

The announcement was allegedly made on NBC’s today show just hours after Brazilian president Jair Bolsonaro called Greta a “brat” for denouncing violence against local people living in the Amazon.

In order to reduce her carbon footprint, the 16-year-old girl has given up meat and, when she had to travel to the U.S. for September’s United Nations summit, she sailed by boat for two weeks instead of flying to the US.

Greta, along with 15 other young people, allegedly filed a complaint with the United Nations against five countries for not doing what they should do to meet the Paris Agreement’s emissions goals. The young people claimed that their rights are being violated as per a 1989 UN agreement.

Greta during her September United Nations speech said, “People are suffering. People are dying. Entire ecosystems are collapsing. We are in the beginning of a mass extinction, and all you can talk about is money and fairy tales of eternal economic growth. How dare you!”

In September, conservatives on Fox News criticized Greta (as she is diagnosed with Asperger’s, a form of autism) for being “mentally ill” and even compared her with one of Stephen King’s Children of the Corn that led to immense controversy.

Besides Greta, other people who are shortlisted for the Time’s Person of the Year includes, Trump House Speaker Nancy Pelosi, Facebook chief executive Mark Zuckerberg, the Hong Kong protesters and the anonymous whistleblower who allegedly set off Trump’s impeachment inquiry.