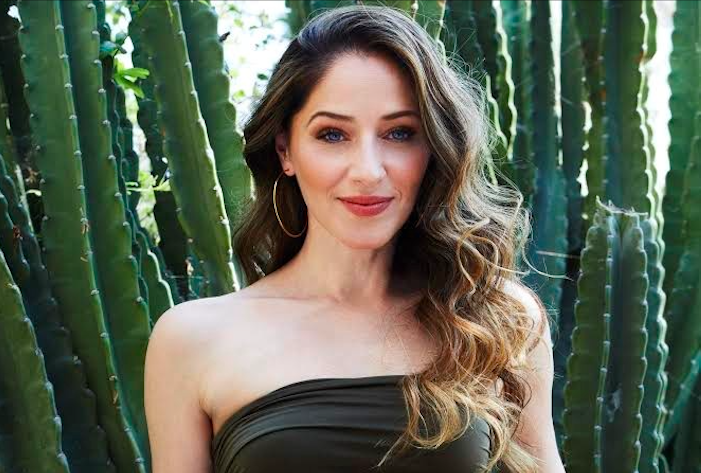 WHO IS SASHA KERBEL IN YOUR WORDS?
In two words, Sasha Kerbel, I’d say, is an Adventurous Workaholic.
If you want a bit more, then Sasha Kerbel is curious like Alice from “Alice in Wonderland.”  She is a loving mom whose son, a little computer genius named Erik, is always her first priority. Sasha’s middle name has always been “Actress.” Another middle name of hers has always been “chocolate cake.” Sasha is very much a chocolate cake addict.

WHAT IS THE MANTRA OF YOUR SUCCESS?
It might surprise you, but my personal mantra is very simple, really: “Live the way that makes you happy.”  Which is to say, know what you want, move towards it, and most importantly – enjoy the ride!  Have fun, and live the way that makes you happy and fulfilled. Life is beautiful. Appreciate, savor, and breathe in every moment of it. Don’t let it just fly by for the sake of some big future achievement that you’ve planned. Enjoy what you’re doing along the way. If you don’t, it won’t make any sense in the end. It will only cause regrets. And if somewhere along the way you need to slow down, do it. If you need to change course – change course! And also: always be humble and grateful. I never let myself forget that.

AT WHAT AGE DID YOU REALIZE THAT YOU WANT TO JOIN THE ENTERTAINMENT INDUSTRY?
Oh pretty much ever since I remember. I’ve always been an entertainer. If I saw any surface that was elevated above the ground even an inch, I considered it a stage, so I would stand on it and perform whatever I could: I’d recite a poem, or deliver some princess monologue that I’d just come up with, or sing a song, or dance, or, on many occasions, I would just try to make everyone laugh by pretending I stumbled and fell, or make funny faces. I was otherwise quite a shy kid, but when it came to performing, that timidness would magically evaporate. And I was never afraid of dressing up in any number of silly or unusual ways for the purpose of amusing onlookers (or myself, while observing people’s reactions). All of my family members considered me a great entertainer, and found me really funny, and they used to say all the time: “Sasha, you are a born clown, you should do it professionally when you grow up.” Well, I was NOT going to be a clown, and I did NOT want to become a stand up comedian. I wanted to be an actress like all those unforgettable divas from classic black-and-white Hollywood films.

One of my earliest memories was that we used to spend summers at a resort in the suburbs of Moscow called “Lesnye Dali.”  It had… sort of like a membership system, like a country club, so every year there, the same people would stay there for the summer. So, one time, I remember, some older girls asked the administration if they could prepare a concert over the summer with kids of various ages performing. My sister Katya and I had been cast to perform in almost all the numbers: we did pantomimes, scenes, several group dances with other children, songs, and many more. So we rehearsed every day, and the whole summer we got to perform on stage and be backstage. It’s hard to explain, but when something (or someone) is truly yours, and is your destiny, you immediately start feeling something special when you get into that environment (or get to be around that person). You just KNOW. You feel something like… being home, as if all the pieces of a jigsaw puzzle all of a sudden have fallen into place. That’s how I felt from the very second I got on that stage, as well as backstage, from the second I breathed in the air of the place. That very special, dusty, vintage “theatre” smell. In addition to that, probably because I’m a synesthete, I literally see golden-and-silver pixie dust in such cases, and I hear it’s silvery rustle. And every day at those rehearsals, I strongly felt that, and saw that pixie dust in the air the entire time, I’m not kidding! Of course, it only strengthened my intention to become a professional actress. I just knew that the stage and I were meant for each other. That this was my destiny.

WHICH ROLE THAT YOU HAVE PLAYED DID YOU LIKE THE MOST?
I love all of my roles, honestly. Each character is someone I live with for a while; I  learn their point of view, habits, likes and dislikes, secrets, vulnerabilities and dreams. So I get attached to each one. But I would say that one of the roles that was really remarkable for me to play was a real historical figure, Saint Xenia of Saint Petersburg, a beloved saint in the Russian Orthodox faith. She lived during the 18th century and was later canonized in 1978. She is well-known and loved very much for the miracles that people experience after asking her for help. So, when I was cast to play her in an episode about her life, I was ecstatic! Of course, I immediately took a trip to Saint Petersburg to her grave, and learned everything I possibly could about her.  Also, because I was preparing to play a woman who had dedicated her life to God, I knew I had to change something about myself to earn the right to play her…so I did a few things.  First, I stopped cursing completely in Russian!  Not necessarily in English, but in Russian, I’ve never used profanity since then. Second, I doubled my own efforts in helping those in need, and third, I tried to live my life more meaningfully overall. I loved playing her, and I miss that part a lot.

WHAT IS MORE IMPORTANT FOR A PERSON, INNER BEAUTY, OR AN EXTERNAL ONE?
Definitely inner beauty. And you know, it’s not just words. Especially with age, every personal quality that we have inside leaves its print on one’s face. There is nothing more attractive than an open, kind smile, compassionate, caring look in one’s eyes and those deep wrinkles that form over time because the person they belong to smiles a lot! Regrettably, I know a lot of people who tirelessly work on perfecting their looks, yet completely dismiss the much harder and more necessary work of being better people. They might look great, but if they are rude, ignorant, racist, arrogant, ungrateful, greedy, negative, or anything like that, then their external beauty means very little. However, it doesn’t mean that we good people should give up on our exteriors, wink wink.

WHAT MESSAGE WOULD YOU WANT TO GIVE TO YOUR FANS?
I want to remind you, guys, to believe in yourself! Please remember that if today is not your day, it doesn’t mean that tomorrow will be the same. Don’t ever give up, but at the same time – don’t live in the future. Enjoy the present, enjoy what we call the journey: the gifts that life gives each of us every day. A lot of people, especially creatives, often live waiting for that big breakthrough to happen, at the expense of the other things happening in their lives. Do you remember what was the most important, as it turned out, for the heroes of “The Wizard of Oz”? Their journey along the Yellow Brick Road. THAT is when the best things happened, and it was their friendships that turned out to be the most important, the real magic. So don’t lose sight of YOUR personal Yellow Brick Road, the adventures along the way, the people who come into your life, and the lessons you learn along the path.

Anna Dianova: A Deeper Dive Into Her Surrealist Artworks