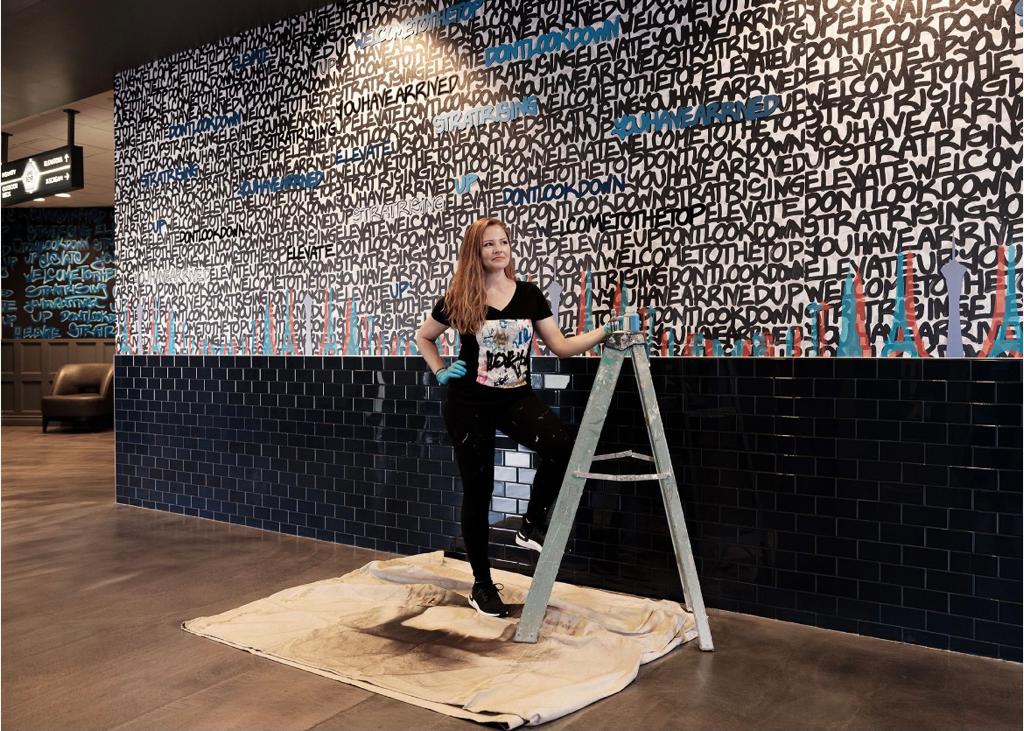 Across the world Amber Goldhammer has dazzled crowds with her stunning artwork. Goldhammer has made a name for herself as an international success around the world from Hong Kong to Switzerland and Canada. Goldhammer has developed her style as an artist and has touched the hearts of many with her innovative, bold, vibrant 3D art pieces.

Amber’s journey to becoming an artist has taken many roads before realizing her true passions.  Raised in Portland, Oregon, Amber grew up in the performing arts before ever touching a canvas. She grew up choreographing her own gymnastic routines and was successful in that endeavour becoming a State Champion two years in a row. However, there were injuries that left her unable to compete in gymnastics, it was then that Amber began looking for a different creative outlet to express herself. She found herself spending “weekends with [her] grandmother painting, drawing, making jewelry, doing photo shoots, sewing, performing, anything creative.” Before she knew it, her artistic abilities started to bloom.

Amber knew that the spark inside of her was meant to delve into the world of art. At one point she spent some time as a makeup artist with MAC. Goldhammer enjoyed making women feel beautiful in their own skin, and realized the art that she could create on a larger canvas. Goldhammer decided to connect with her mentor, Rassouli, who is best known for his unique style of Fusion-Art. It was in this moment where she found her voice as an artist and felt compelled to start “knocking on gallery doors.”

Since beginning her artistic journey, Goldhammer developed a reputation as a highly accomplished artist. Her art has been featured everywhere you could look, from runways, hotels and even television. At the core of it all, Goldhammer’s objective is to paint the message of love and hope to the world. “In more subliminal works, I write hidden messages of love, but my ultimate goal is to have the viewer feel a sense of happiness,” explained Goldhammer. While she has created the trends of using vibrant colors in her work and within the art world, her passion and message behind it all will always stay true with her audiences.

Goldhammer is a force to be reckoned with. We can expect to see many more exciting, new projects coming from her work. She is currently working with Isabel Marant in a Spring Collection runway show in Paris, ready to hit the runway with some new pieces that we have never seen before. The possibilities for Goldhammer are truly endless.