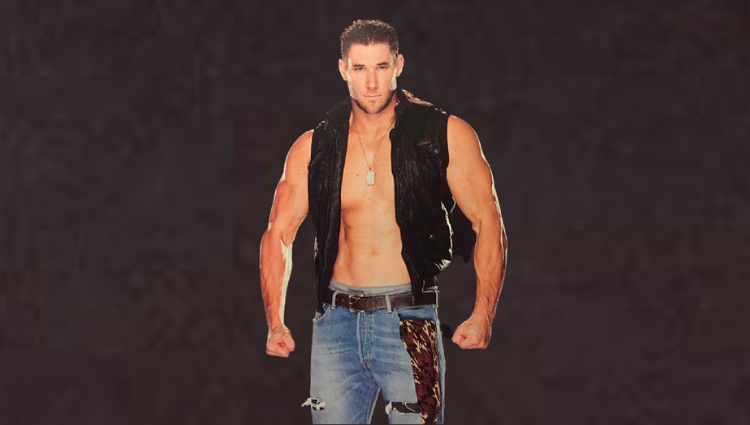 From Australia to Hollywood..WWE to Actor…Making my dreams a reality

HELLO CHRIS! THANK YOU FOR TAKING THE TIME TO CHAT WITH US! PLEASE, BRIEFLY INTRODUCE YOURSELF, WHO IS CHRIS ATKINS IN YOUR OWN WORDS?
In my own words I would say I am just a kid from Melbourne Australia who has a dream. Sounds cliche right, but I once heard a quote “Dreams are free so dream big”. I have that tunnel vision and when I decide on what I want I don’t stop until I get it. I love my family and miss them now that I live in America and they are in Australia. I believe I am a kind and generous man who loves to inspire others to dream big and follow through on those dreams.

HOW AND WHEN EXACTLY DID YOU REALIZE YOU HAD THE PASSION FOR WRESTLING & ACTING?
Well my first passion is bodybuilding which I started at the age of 15 which goes hand in hand with wrestling. I began watching wrestling when I was 16 and I always had in the back of my mind that’s what I want to do. My dream was to become a WWE superstar. I got signed by WWE when I was 26 so it took 10 years but that’s where the whole never give up comes into play. As it is well known professional wrestling and acting go hand in hand so it was only fitting to make the transition into acting.

HOW DO YOU LOOK BACK ON YOUR TIME IN WWE, FONDLY OR WAS THERE MORE THAT YOU WANTED TO DO?
I am happy with my time with WWE and all that it gave me. It brought me to America which was my first dream when I was 14. It has given me opportunities in Hollywood I may not have had without a WWE background. Obviously it would’ve been nice to have become WWE champion and climb the WWE ladder as The Rock and John Cena did but I loved my time there and have no regrets. Just grateful.

WHAT IS YOUR GREATEST STRENGTH, AS A ACTOR?
I would say my physical appearance. I know that doesn’t require “talent” but when someone looks at you for the first time you want to catch their attention right away so you get that second look which is when your acting ability can be shown.

WHAT IS A SUCCESS ACCORDING TO YOU AND HOW SHOULD THE YOUNG GENERATION PERCEIVE SUCCESS AS?
I believe success is different according to the individual. For example when you create a goal and you achieve that goal you just reached your success for that goal weather it’s moving to another country, creating a certain amount of wealth, creating a family or becoming the next Leonardo DiCaprio everyone’s success is different. Those who create a goal and do whatever it takes to achieve that goal, I believe that was a success but don’t stop at that. Create another goal and the more goals you create and reach the more successful you will be in different aspects of your life.

WHAT’S NEXT FOR YOU?
I’m keeping very busy having started 2 new businesses this year so that’s my main focus now. My passion for acting is still pushing me to get in front of the camera as much as possible and of course staying healthy.

ANYTHING ELSE YOU WOULD LIKE TO SHARE WITH OUR READERS?
Just know that tough times don’t last but tough people do! Push through whatever you have going on, stay positive because negativity snowballs and the longer you let it snowball the harder it is to turn around but always know you can be who you want to be and achieve anything you put your laser focus towards it so finish this year strong and achieve your goals no matter what!

To know more about Chris Atkins visit www.imdb.com/name/nm4286330/ and don’t forget to follow him on Instagram @chris_atkins89

How to encourage your children to get outside more