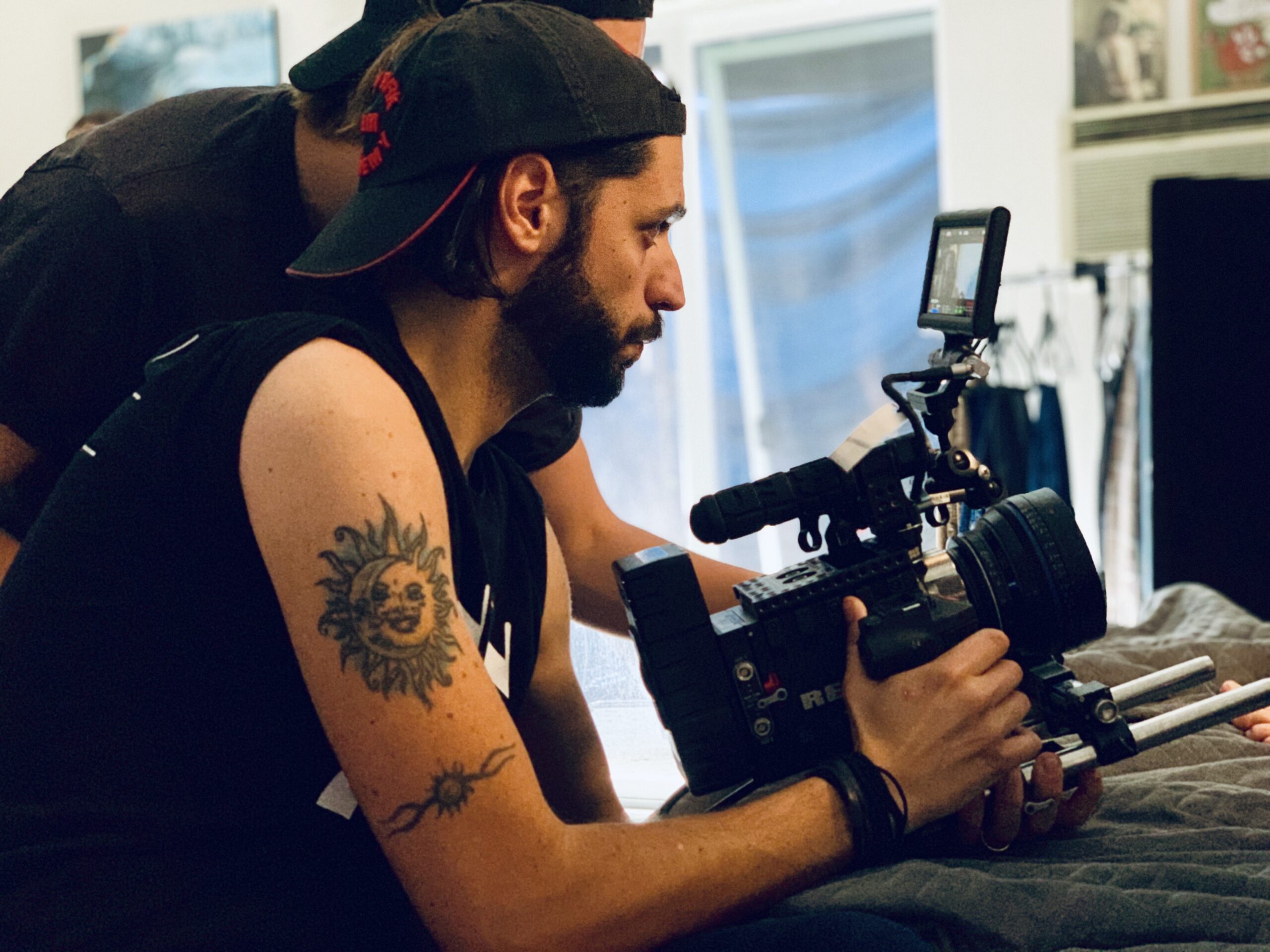 When it comes to the science of cinematography, there is none more passionate than Francesco Malandrino. Although his pursuit of a career behind the camera grew later in life, Francesco’s creativity is one of a kind. I got a chance to speak with him and was greatly inspired by his approach to lie and work.

HELLO FRANCESCO, THANK YOU FOR TAKING THE TIME TO CHAT WITH US! PLEASE INTRODUCE YOURSELF IN YOUR OWN WORDS, WHO IS FRANCESCO MALANDRINO?
Sure, I’m Francesco Malandrino an Italian cinematographer based in Los Angeles (CA) SOC (Society of Camera Operators) Associate member. I have many passions and different hobbies. Obviously, my greatest passion is cinematography. it’s my job, it’s my life. Unlike many of my colleagues who grew up cultivating their aims in the field from an early age, I started blossoming in 2014 when I was 22 years old.

IN 2019, YOU WERE THE RECIPIENT OF AN AWARD AS BEST CINEMATOGRAPHY FOR A SHORT FILM AT THE INDEPENDENT SHORT AWARDS FILM FESTIVAL IN HOLLYWOOD (CA) FOR THE SHORT FILM PAINTED SURVIVAL DIRECTED BY MARIA PERLIFONOVA. CAN YOU SHARE WITH US A FEW MORE DETAILS ABOUT THIS HONOR AND YOUR FEELINGS ON THE MATTER?
Yes! In August 2019, I won the “Best Cinematography Award” at Independent Short Awards Film Festival. This is a great film festival based in Hollywood (CA), it was a great experience especially during the live screening of the short film in the famous Raleigh Studios Theater. The evening when I received the award was a special night with a nice audience. The short film also won two awards on the same night (Best First Time Director and Best Student Director).

OFTENTIMES, WE FIND THE WORLD OF FILM ASSOCIATED WITH HOLLYWOOD, CA. IN WHAT WAYS HAS LIVING IN CALIFORNIA HELPED YOUR CAREER?
This city is full of artists. It’s extremely easy to meet people that work in your industry. The key is making a connection. If you are a cinematographer in Los Angeles, it can be your playground, exclusive events that introduce new technologies, play whole day with the equipment, shooting every day without stopping. If you are a cinematographer life is easier here.

FRANCESCO, YOU HAD THE HONOR OF WORKING AS DIRECTOR OF PHOTOGRAPHY FOR THE FEATURE FILM TITLED “A HOUSE DIVIDED.” HOW WAS THAT EXPERIENCE?
This was an excellent experience! My last feature film was in Italy a couple of years ago, A house divided was a special feature film for me. At first, I have to say thank you to Mike and Jessica Boss (the directors). I worked as an assistant cinematographer with my wife Maria Perlifonova, both of us as director of photography with a great film crew to support us. This movie will be available soon on Amazon Prime Video.

IN WHAT WAYS DO YOU THINK OR HAVE SEEN THAT YOUR WORK IS DIFFERENT FROM OTHERS IN THE SAME FIELD?
Each cinematographer has his own style, habits, and preferences, it’s hard to say why I can be different from other cinematographers, but for sure I have my own style and my preferences. That’s also very important to have the same “vision’ of the director, The cinematographer and director have to be the same vision, it’s very important for the filmmaking process that they have to know each other in order to work as one person.

WHAT ADVICE WOULD YOU GIVE TO A YOUNG PERSON LOOKING TO ENTER THE WORLD OF CINEMATOGRAPHY?
Don’t do that!! I’m joking obviously. I think that passion is always the key. Your passion is the key to success. Be patient. Go to different film shootings and learn from professional cinematographers how this job works and make new connections. It takes time but making films is always rewarding, especially when you go to the theater to see what you have created with a camera.