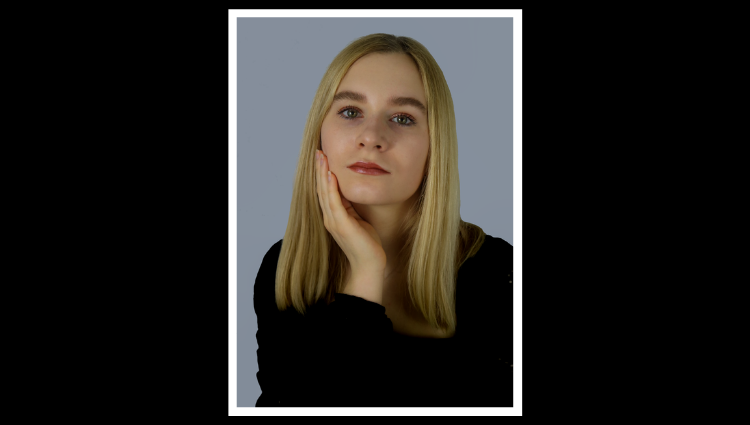 19-year-old Londoner Ella Greenwood is a filmmaker, actor and mental health advocate. She is the CEO of Broken Flames Productions, a vastly expanding company that puts changing the representation of mental health in the media at the forefront of their work.

Ella decided to start creating her own films after years of auditioning for projects and waiting around for others to choose how she spent her time. With no prior experience of filmmaking, she founded her company Broken Flames and created her first short film Faulty Roots, which followed a teenage girl with depression. It was important to Ella that the film brought a more accurate portrayal of mental health, than what she had seen on screen whilst growing up. ‘I’ve always found that when I’d watch TV shows or films, they’d use mental health as a factor in making it more dramatic and making it more entertaining. So, you know, there’s been issues with films and TV shows recently romanticising suicide and using it for entertainment value; I think that’s a major issue. And then sort of having to have it as just major moments; maybe a major suicide scene or someone just absolutely breaking down. But, in reality it’s not. I want to represent the small things; maybe you can’t get out of bed that day, maybe it’s just that someone says a comment that hurts you. I think that representation is needed a lot more.’ Ella says.

The reaction received to Faulty Roots was extremely positive, with critic Sarah Cartland saying ‘With Faulty Roots Greenwood offers a piercing insight into what it’s like for teenagers with depression, and marks herself out as an engaging, thoughtful and decisive young filmmaker to watch.’

Faulty Roots is now being developed into a feature film in partnership with Social Impact Agency TerraMedia, who will help the film reach its commercial goals whilst still making sure that it has a positive social impact.

Broken Flames’ second film Dreary Days took the form of an animation aimed at a younger audience. ‘I want our work to have something for everyone, to resonate with as many people as possible and to always aspire to create something different to the last’. It will next screen at Monstra Film Festival, one of the largest animation festivals in Europe.

Self-Charm was the next on Broken Flames’ slate, and stars BAFTA Nominee Bukky Bakray as the lead. It focuses on a teenage girl who is struggling with self-harm. ‘Getting to choose what we make films about is something that I feel so lucky to be able to do. Mental Health in general is still so stigmatised, but self-harm is something that has an even bigger stigma attached to it, and so I’m proud of the fact that we’re getting to tell this story, with the hope of normalising the conversation, and bringing awareness and support to people.’

The Dramedy Smudged Smile has Netflix star Mia Mckenna-Bruce in the lead role and has just finished shooting, it follows a character who is getting ready to celebrate her 16th birthday, when she starts struggling with depression. ‘Even if things are going fantastically around you, you can still be sad. Even if things go badly around you; you can be happy. It’s not always depending on external circumstances, and that’s something we really want to show with this film.’

What’s next? The upcoming film Why Wouldn’t I Be? is about to shoot and will focus on a male lead for the first time at Broken Flames.

‘Films had a huge influence on me growing up, whether I realised it or not, and so having our work being focused on mental health means that we can make films that are entertaining to watch, but that will also try and make a difference to people’s lives. Working on these projects has been such a wonderful experience, I’ve gone from a place where I didn’t want to admit that I was struggling with my mental health, to now spending a lot of my time speaking about those experiences.’

Difficult Times Inspired Music and relieved my Pain, now I want to take it to the world – Timmy Tiger

Why is customer service important for your business?