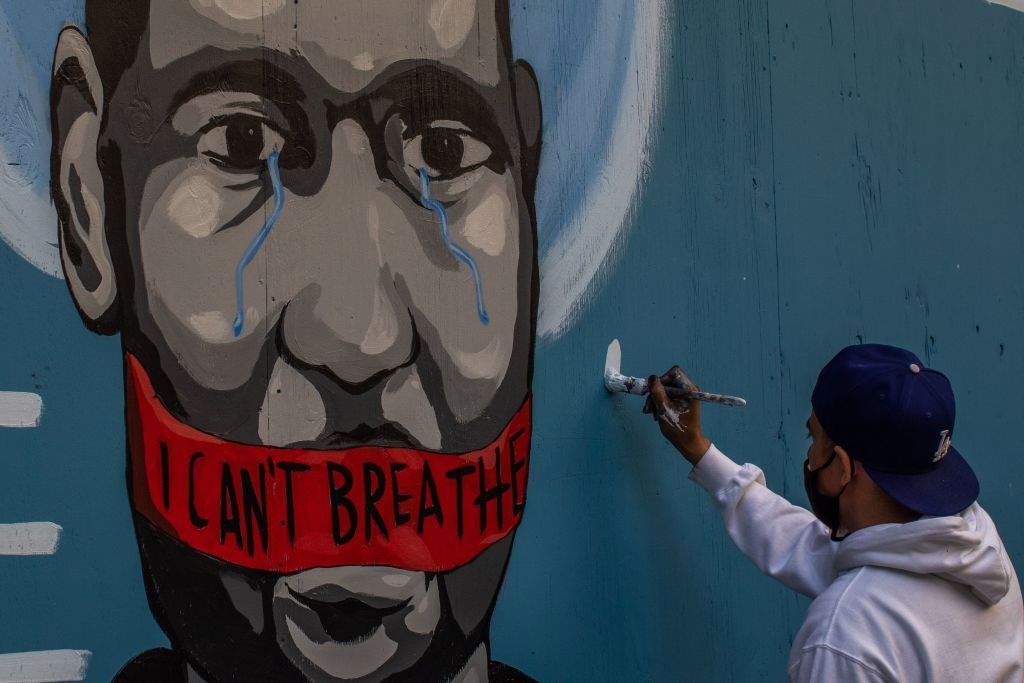 Elijah Sommerz Will Take Forth in Further Declaration of Oath in Wake of Recent Anti-Black, Anti-Asian And Anti-Indigenous Violence And Discrimination In Communities Across North America

WHAT IS THE REAL REASON FOR THE DEATH OF GEORGE FLOYD??
In wake of the death of George Floyd there are more than a few stones upturned that the general public are not aware that Chauvin and Floyd had worked security at the same club in the past. Chauvin worked outside and Floyd worked inside, so it’s unclear how much interaction they had (if any). But it’s entirely possible that they knew each other well enough for Chauvin to develop a hatred for one another; it’s uncomplicated that the motivation to kill Mr George Floyd  had all to do with his race; he was looking for an excuse to kill him under color of authority.

This  is the case, it only makes it worse from a legal standpoint, because it establishes premeditation and the intent to kill.

CHAUVIN HAD BACKGROUND OF BRUTALITY COMPLAINTS,
Chauvin was noted to be a brutal police officer that had previous brutality complaints, in the past on previous arrest records dated back to 2018.

DECLARATION OF OATH
I Elijah Sommerz will take forth in further declaration of Oath to support our Afrocentric denizens around the world participating in #ShutDown on June 10, 2020, and like-minded actions across the macrocosmos.

Recentanti-Black, anti-Asian and anti-Indigenous violence and discrimination in communities across North America remind us that we have more work to do in order to stop racism and bias innoneuropean cognisance of the surrogate ion Stygian contemptible chauvinism of modern age  .

We denounce violence and the systemic racism that continues to plague our society, and also to  the biased individuals that surrogate people of Afrocentric descent globally . – Elijah Sommerz

FOR OUR READERS OUT THERE WHO DON’T KNOW WHO ELIJAH SOMMERZ IS WE WILL GIVE YOU AN QUICK RUNDOWN ON THE YOUNG CANADIAN AFROCENTRIC ACTIVIST AND ARTIST OF HIP HOP PLAINCHANT TO DATE.

HISTORICAL CHAMPIONING
Robert Vernon also known as Elijah Sommerz is the first Afrocentric Canadian elected to independently conduct a convocation with the united nations group experts on the underlying constitutionality within the corrections & competition acts, this was brought forward on behalf of the African Canadian legal clinic dating back to 2016 .