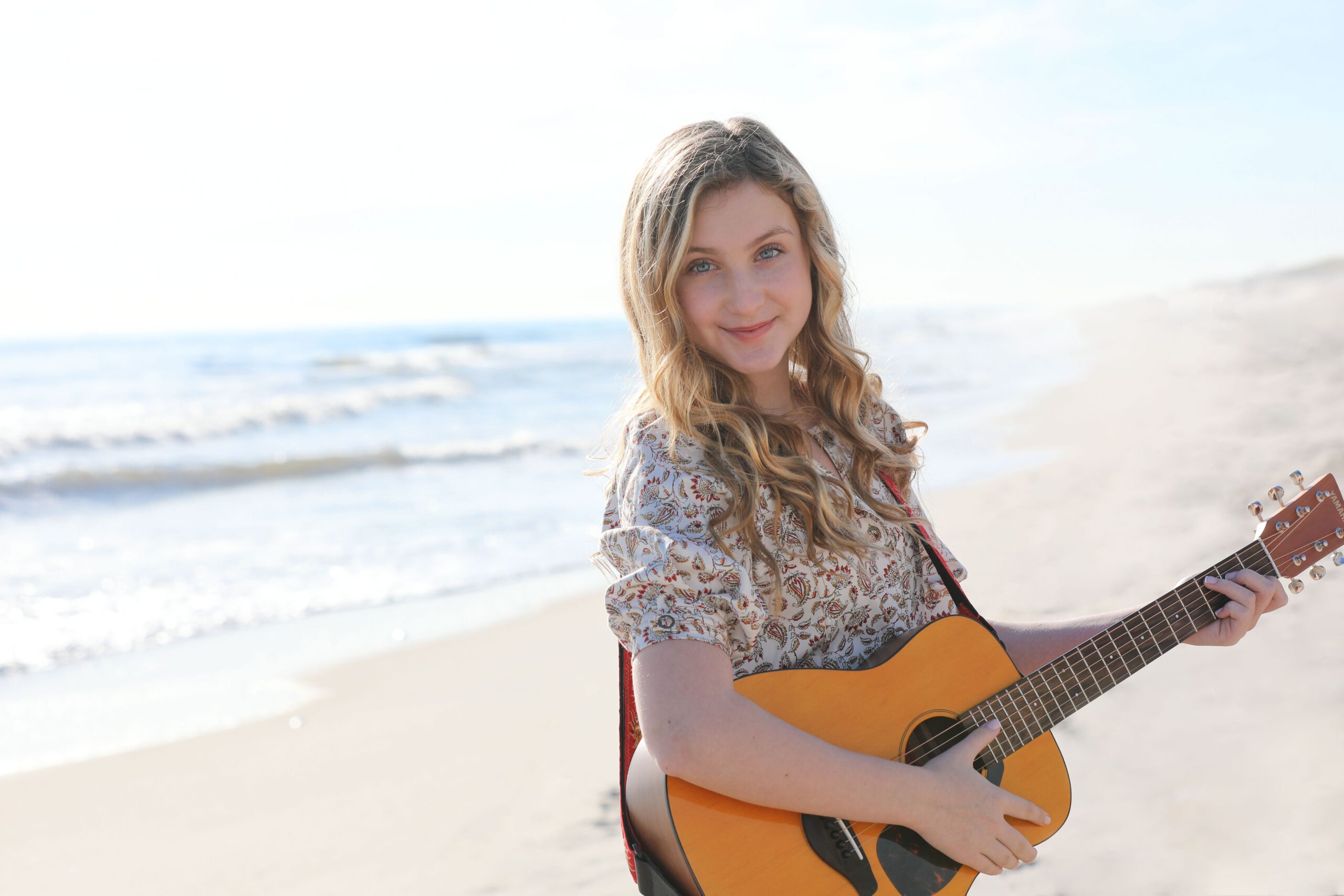 Rising star Kyla Carter’s talent runs deep whether she is acting, singing, dancing, or performing on Broadway. Kyla is currently starring as ‘CJ Suki’ in the new DreamWorks animated series “TrollsTopia” streaming on Hulu and Peacock. She can also be seen starring as the same character in the Netflix series “Trolls The Beat Goes On”. Kyla’s single “Because You’re You” from Season 4 of the Netflix series soundtrack has become a hit with Trolls fans and beyond, garnering nearly 40K-streams on YouTube alone.

As a singer/songwriter herself, Kyla just released a new original single “Average Puzzle Piece”. True to Kyla’s nature, the sweet song has messages encouraging self-love and building self-confidence. The young star has proven to be one to watch in 2021.

HI KYLA CARTER! COULD YOU START BY TELLING US A BIT ABOUT YOURSELF?
I am Kyla Carter and I am so excited to share a little bit about me with all of you! I am 14 years old and a freshman in high school. I am in all honors classes and my favorite subject is English. I was born in Long Island, New York. My parents are teachers and my brother, who is only 13 months younger than me, is my best friend and biggest supporter. I have been a professional actress since I was 5 years old, and have traveled the country most of my life performing on the biggest stages in America.

WHAT FIRST GOT YOU INTO MUSIC?
I have been told that I was singing before I was speaking. Music has always been in my blood. I play the piano, violin, ukulele, and guitar. I have a song journal and have been writing song lyrics and melodies in it for the last 9 years of my life. I recently decided to release all of these ideas I have been collecting since I was 5 years old! I am now so excited to release my first single, “Average Puzzle Piece” this month!

WHO INSPIRED YOU TO MAKE MUSIC?
My love of acting, singing, and dancing was inspired by Shirley Temple. When I was four years old a commercial for the Shirley Temple DVDs came on the television. I begged my mom for the whole set. I watched every movie, color and black and white over and over, and I said to my mom, “I want to do what she does.”

The past year has been very challenging, but it was the year that inspired me to put my music out into the world. I had a major project where I was the title role put on hold. But, I always try to find the light in the darkness and the rainbow on a rainy day, so I embraced the time I had and discovered my love for songwriting and developed the type of artist I want to be. I started guitar lessons and fell in love with what I was able to create.

HOW WOULD YOU DESCRIBE THE MUSIC THAT YOU TYPICALLY CREATE?
I have been a professional actress since I was five years old. I have toured the USA for the last five years in two Broadway productions. I performed over 600 shows, visited over 75 cities, 35 states, and performed for audiences of 5,000 people! My life has been really incredible, but I have missed a lot of “normal” childhood experiences.  My lyrics are about the struggle, sacrifices, and drive to live my dream. My music is honest, inspirational, and empowering!

WHO WOULD YOU MOST LIKE TO COLLABORATE WITH?
I would love to collaborate with Taylor Swift. She is incredibly talented, we have similar styles of music and sound, and I love that she is really passionate about giving back and making a difference.

DO YOU SING IN THE SHOWER? WHAT SONGS?
I sing all day long, every minute of the day. My shower playlist consists of Broadway tunes and Disney songs.

WHAT DO YOU DO TO GROW YOUR PERSONAL BRAND?
I put a lot of thought into what I post on social media. I want my account to feel positive, happy, and uplift my fans. I currently have a podcast segment called “Kyla’s Korner” featured weekly on “The Mark White Show,” where I share encouraging and inspiring messages. The main message that I try to relay to my listeners is to “Live Sunny Side Up,” as I do every day. My hope is to spread positivity, kindness, and happiness though these segments. When there are challenges, roadblocks, disappointments and bad days, I try to find the bright light in the darkness. I always try to look at the bright side of life, dance in the rain, and be the SUPERHERO in my own story. My hope is that I am inspiring my fans to do the same.

WHAT’S NEXT FOR YOU?
I am so excited that the world is finally going to hear my first original song called, “Average Puzzle Piece” this month!Average Puzzle Piece is a song about being comfortable in your own skin and being true to who you are. There is so much pressure from society to blend in, but I have learned that it is ok to be unique. What I want people to take from this song is that having confidence in yourself is more important than what others think of you.

ANYTHING ELSE YOU WOULD LIKE TO SHARE WITH OUR READERS?
What your readers may not know about me is that I started my career as a voice over actress in the Nickelodeon series, “Wallykazam!” and currently work for DreamWorks Animation as CJ Suki in the Netflix series “Trolls the Beat Goes On” and the new Hulu/Peacock series “TrollsTopia”. Recording my very first pop song in the studio for DreamWorks Trolls was an amazing experience that I will never forget. In fact my love of pop music began with CJ!