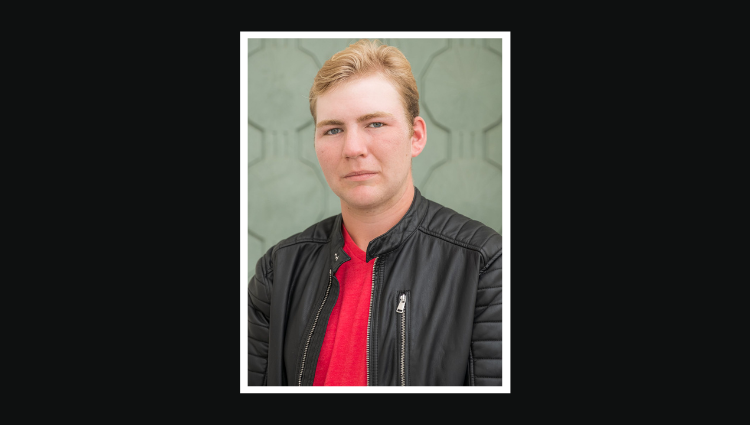 Connor Dean Is Serving Up Winners In Hollywood

Connor Dean is an Actor, Athlete and Writer whose role as BUTCH THE BULLY in the COOL CAT movies has reached cult status video views in the millions along with a multitude of fan pages and memes. Connor was nominated for 2 YOUNG ENTERTAINER AWARDS for his work in Cool Cat and his recurring role in FOX’s hit drama 9-1-1 starring ANGELEA BASSETT and PETER KRAUSE. His leading role in JINGLE TRAILS now streaming on AMAZON PRIME garnered him another YEA nomination and win for BEST LEAD ACTOR.  Connor is well known in the industry for lending his star power as a celebrity ambassador to such organizations as STARLIGHT CHILDREN’S HOSPITAL, ST. BALDRICKS, and SNPLA. He has started his own production company with his brother called PENNY ARCADE PICTURES which has several projects in pre-production. Connor is also a top level TENNIS player, musician, and gamer.

HELLO CONNOR, THANK YOU SO MUCH FOR JOINING US! CAN YOU TELL US A LITTLE BIT ABOUT YOURSELF, WHO IS CONNOR DEAN IN YOUR OWN WORDS?
I was born in Florida and then my family moved to California so my brother could pursue acting. I followed him into the business and have been acting since I was about 4 years old. I am also a competitive tennis player and train 20+ hours a week and play tournaments almost every weekend. You could say I’m one busy kid! When I’m not on set or training, I like to play video games with my friends and watch movies.

WHAT ATTRACTED YOU TO BEGIN A CAREER IN THE ENTERTAINMENT INDUSTRY?
I like the entertainment industry because it is fun for me to play a character that is different from my own personality. When I am acting, I get to explore characters that are different or challenging which is fun and exciting. When I am writing, I get to create characters that I think are cool. Sometimes I base the characters on the personalities of people I know and sometimes I create wacky characters unlike anyone I’ve met.  I like being in the entertainment industry because you can have so many opportunities to express yourself in many different ways.

WHAT’S CHALLENGING ABOUT BRINGING A SCRIPT TO LIFE?
The biggest challenge I have when writing a script is coming up with the names of the characters. You want to try and find a name that fits their personality and sometimes that is quite challenging for me. The other challenging thing is figuring out how to get to the ending that I want. I know how I want my script to start, and how I want it to end, but it is sometimes hard for me to find a way to connect those ideas. These challenges haven’t stopped me, though. I am still writing scripts and I will always try to work around these challenges.

YOU ARE INVOLVED IN ALMOST EVERY ASPECT OF A FILM MAKING, BE IT WRITING, OR PRODUCING OR ACTING, WHICH ONE DO YOU LIKE THE MOST?
I honestly like writing the most. When I am writing a script, I am in control of it. I can decide how I want my characters to act, or what their personalities are. I get to decide what goes on in my scripts and that is why I like writing. If I end up producing my own script, I can decide who I believe fits the part of my characters. Writing is more fun to me, even if it is hard to come up with ideas sometimes.

IS THERE AN ATHLETE THAT YOU LOOK UP TO AS A ROLE MODEL AND WHY?
The one athlete that I look up to as a role model has to be Rafael Nadal. I see him as one of the best tennis players to ever play the sport. I love how he never shows that he is mad on the court and works just as hard off the court as he does on the court. I think it is great that he also has his own charity. I love how he not only works hard for himself, but also supports a charity to help people in his off time.

WHAT’S NEXT FOR YOU?
I have some things coming up that I can unfortunately not talk about at this moment. Along with these projects coming up, I am also working on a few scripts that I am hoping to produce with my production company Penny Arcade Pictures. I have a lot of exciting things coming up so make sure to stay tuned through my Instagram.

HOW CAN YOUR FANS INTERACT WITH YOU ONLINE?
Fans can interact with me on Instagram, Facebook, Twitter, Youtube, and Tiktok. My handle for all of those social media platforms are TheConnorDean. This is where fans can see what I am up to next in my career.

10 Most Famous Soccer Clubs in the USA