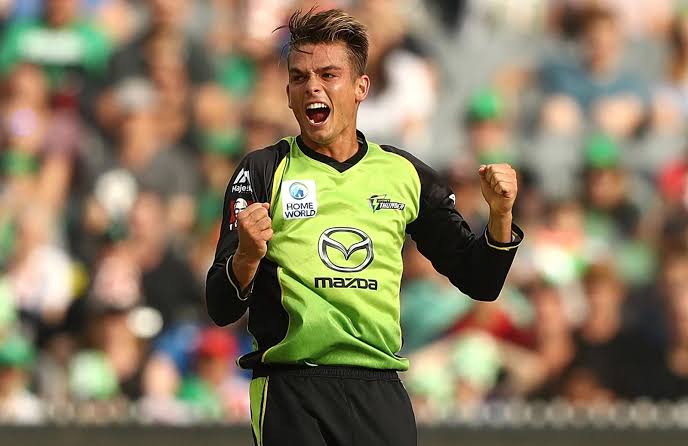 However, Sydney Thunder cricketer Chris Green has allegedly been banned from bowling in the BBL, but he still seems to be confident of featuring in a Sydney Thunder clash this season.

Green is optimistic that his Big Bash season is not over, even though he is not able to bowl for the remainder of the tournament. Cricket Australia imposed a 90-day ban when umpires cited Green for a potential illegal bowling action during the Thunder’s loss to the Stars in Sydney last week.

Green said that he was “gutted” when the results came back, but accepted the sanction. He said, “It came as a shock to the system naturally, and I know when I got the results back I was pretty gutted. It’s not a time to be bitter about it. Everything happens for a reason. Perspective is incredibly powerful and the changes that I’m looking to make on behalf of my bowling are going to add value to my game in the long run.”

Green even revealed that the results were only marginally against him. He further added, “I was told (by testers) it was marginal, my faster ball was the one that was reported and that was the issue from around the wicket. It’s something I have got to look at because that’s what’s been identified and that’s the technical changes that I need to make.”

He said, “I can still play as a batter, and I’ve had good conversations with Shane Bond about pushing my case there, so my season’s not necessarily over, which for me is really exciting. It’s something that I want to continue working on anyway, so I use this as a real opportunity to work on the all-round aspect of my game.”

Green has actually contributed some useful cameos at the end of the innings for the Thunder, his batting record does not warrant selection. He’s allegedly averaged 15 with a highest score of 25 from seven matches this season.

Deepika Padukone at JNU – PR Stunt or Support? “This Was a Bad Move”