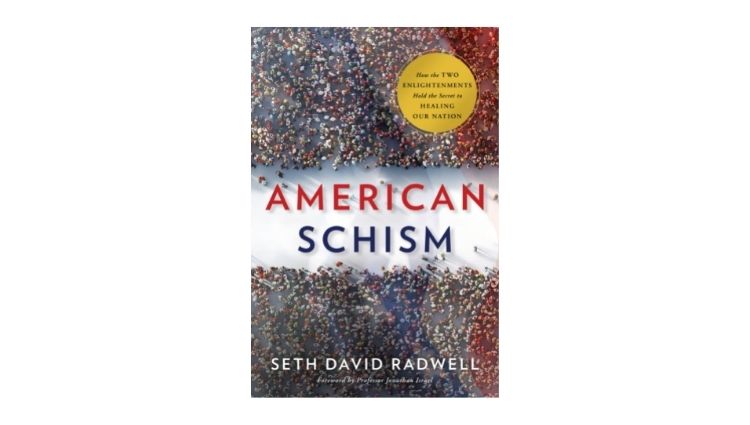 An international business leader with a master’s degree in Public Policy from Harvard’s Kennedy School of Government, Seth David Radwell reveals the origins of two distinct versions of the country that are competing at present. In American Schism: How the Two Enlightenments Hold the Secret to Healing Our Nation, (July 2021, Greenleaf Book Group; ISBN: 978-1-62634-861-5; Hardcover), Seth David Radwell, with a Foreword by Jonathan Israel, a leading Enlightenment scholar and Professor Emeritus, Institute for Advanced Study, Princeton, reveal a historical investigation of the nation’s divergent roots.

Radwell’s new book has quickly become an Amazon best-seller, and he is available to discuss:

SETH DAVID RADWELL is an internationally known business executive with a master’s degree in Public Policy from Harvard University’s Kennedy School of Government and a Bachelor of Arts degree summa cum laude from Columbia University. He served as President of e-Scholastic, the digital arm of the global children’s publishing and education company, and as President of Bookspan (Bertelsmann), where he oversaw all editorial, marketing, media and digital functions for iconic brands such as Book of the Month Club, and developed book clubs for diverse readership, including Black Expressions. He also served as CEO of The Proactiv Company, the leading skincare brand for acne, and as President & Chief Revenue Officer of Guthy-Renker, the worldwide direct-to-consumer beauty company.

Native Nigerian Artist Missing-Nin Released His Latest Single, “Tell Me,” A Part Of A…