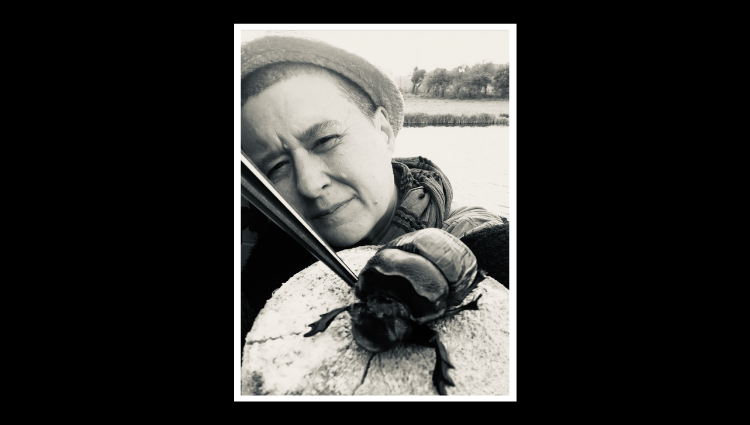 INSECT O CIDE is the most recent feature film directed by Georgina Willis, a popular photographer, and award-winning film director. The documentary centres on the worrying decline in insect populations across the world and the very real possibility of an insect Armageddon.

“Without insects,” Georgina Willis aptly puts it, “we could not exist”. Decrying the alarming rate of declining insect populations, she raises the stakes for us as a species, observing that insects are more important than us, “We need them more than they need us.” Such is the storyline of INSECT O CIDE, a documentary that inspires and whose narrator is a well-known biologist and author Dave Goulson.

The film, shot during the Covid-19 lockdown, is now in post-production, and will be completed in October 2021. Filming Insect O Cide through the Pandemic was extremely difficult.

When asked about the difficulties arising from filming during the pandemic, she had the following to say.
“For us, it was a bit of a rollercoaster. We were booked into the studio in London and all ready to go and then we were hearing more and more about Covid -19, but at that stage, we did not know much about it. But the first day we were booked in to film the interviews ended up being the first day of Lockdown. It was a Monday and all weekend everyone was messaging me asking “Are we still going ahead?” Then that day everything was shut down.  The crew was disbanded and it was a bit of a shock at the time. So the approach had to change hugely. We had to Magic up a Plan B.”

However, how exactly did the idea of making a documentary on insects come about?
Georgina Willis says Insect O Cide resulted from a few things coming together, including teaming up with Dave Goulson who acts the voice of the film.

“I was suddenly surrounded by nature after being in the centre of a city, in both Sydney and then London. I bought myself an old English barge that had been almost abandoned on the Thames and spent a couple of years making it into my floating home. I moved out of London to a river in Hertfordshire. So I was suddenly surrounded by nature and I just found it amazing because it was such a contrast to my former city life. Suddenly I was seeing nature up close. And then I heard about the insect decline in Germany and just how serious the situation was. For me, I could see that film could capture this and make people aware of the issue and also just how incredible these small animals are. My focus was now on the importance of small creatures.”

Meanwhile, when it comes to filming tiny insects, as was the case in Insect O Cide, you have to wonder how exactly it occurred. The images of the insects are really intimate and look very different from a normal nature documentary.

“You get more and more drawn into it. And for me, I would often take the animals out of their natural environment and film them with s slightly different background and colour of lighting. This makes them the centre of it. It gives a very stylized look. These are ideas I got from commercial shoots where you adjust the backdrop to highlight the subject. It makes you less distracted by the background and more focused on the insect. It allows for more feeling towards the insects.”

With such challenges, what made the director determined to make the film?
“We have a culture that has never really appreciated the importance of insects to our existence. However, insects were around long before us, so our existence actually relies on them. The insect decline is happening rapidly and it is the greatest threat to our existence. The creatures that we have labeled as repulsive, such as flies, are vital to our survival.”

Finally, considering the restraints, were there any limitations that impacted on filmmaking?
“Not Really. Filmmaking even in difficult circumstances often forces you to think creatively for solutions. It sends you down a different path. A film is a million problems solved. It is never that straightforward. You have always got to be up for a challenge when you begin to make a film.”

Have Fun in Las Vegas! 10 Best Activities for Young Travelers

Microsoft’s Android stun: What this new telephone implies for the eventual fate…