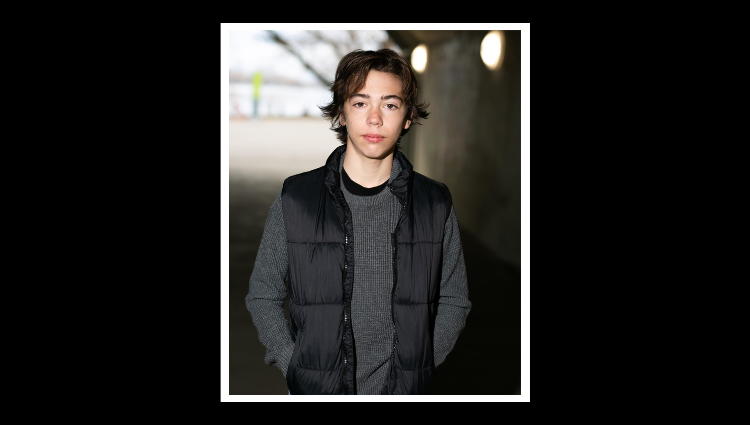 Scotty Berg is a 14-year old singer-songwriter from Kelowna, British Columbia, Canada, and has already performed in front of thousands at various venues throughout the city and region. Scotty has won numerous singing contests (Angel Award, Armstrong Fair Youth Vocal Contest, Okanagan’s Got Talent Finalist) and was recently nominated for the City of Kelowna Civic Award for Teen Honour in the Arts. Scotty is passionate about singing and loves to perform no matter the size of crowd. He also uses his musical talents to help those less fortunate, by singing at fundraisers or busking for non-profit organizations. Scotty released his original song “It Ain’t Over” April 21st on all streaming platforms and is currently managed by Circle11 Entertainment.

HI SCOTTY!  PLEASE, BRIEFLY INTRODUCE YOURSELF, WHO IS SCOTTY BERG IN YOUR OWN WORDS?
Thanks for having me! I just turned 14 and have been singing and performing for years. Besides singing, I am in the 8th grade and compete in middle distance running, play basketball, and ski in the winters. I have two older sisters and parents who support me in everything I do!

TELL US ABOUT HOW YOU STARTED MAKING MUSIC?
Since I could talk I would always be humming or singing! My parents always said I would constantly go around singing Happy Birthday and parts of the Canadian National Anthem.

WHO WAS YOUR EARLIEST MUSICAL INFLUENCE, AND WHAT DID YOU LEARN FROM THEM?
Freddie Mercury of Queen. My dad loves classic rock and would always play different songs. When I was like 3 or 4, I would sing “fat bottomed girls” all the time in front of people, which some people liked and some didn’t lol. Then I watched him on YouTube perform at Live Aid and was blown away. He is such a performer! I have also seen Justin Bieber in concert and he is an amazing entertainer. Rocker Bryan Adams was also super cool in concert as he really connected with the crowd. I learned to just be yourself as there is only one of me!

WHAT IS YOUR FAVOURITE SONG TO PERFORM?
That’s a hard one cause I love performing all kinds! One that people always seem to like is Frank Sinatra’s “Fly Me to the Moon.” It’s a classic and having a kid sing it seems to make people happy.

WHICH INSTRUMENT IS YOUR FAVORITE TO PLAY AND WHY?
I am learning the guitar and love it! Singing and playing at the same time is really cool as I get to control the tempo of the songs.

WHAT TRACK HAVE YOU BEEN LISTENING RECENTLY
Anything by the band “Why Don’t We.’’ I am really loving their stuff right now. Also love “Levitating” by Dua Lipa. Great work out song.

WHAT’S NEXT FOR YOU?
Well there is something very exciting happening actually! I signed with Circle11 Entertainment which is a management company based out of Nashville. I am going down to Nashville in June to work with writers and producers to get some songs recorded and out. I am so excited about that!

ANYTHING ELSE YOU WOULD LIKE TO SHARE WITH OUR READERS?
I currently have a single out on all streaming services called “It Ain’t Over.” The song is about helping one another when things get difficult. I had a local musician help with the writing and he produced it too. The reviews I have received so far have been amazing. I just feel very fortunate to be able to do stuff that I love.

Heitor Miguel USAHACKS Is Helping People Grow Their Own Businesses By Mentoring On How The U.S Market Works And Providing Seed Support

Are You Ready? Omri Malka And Gabriele Falanga Are ‘The Kimonos’! Ready When You Are…