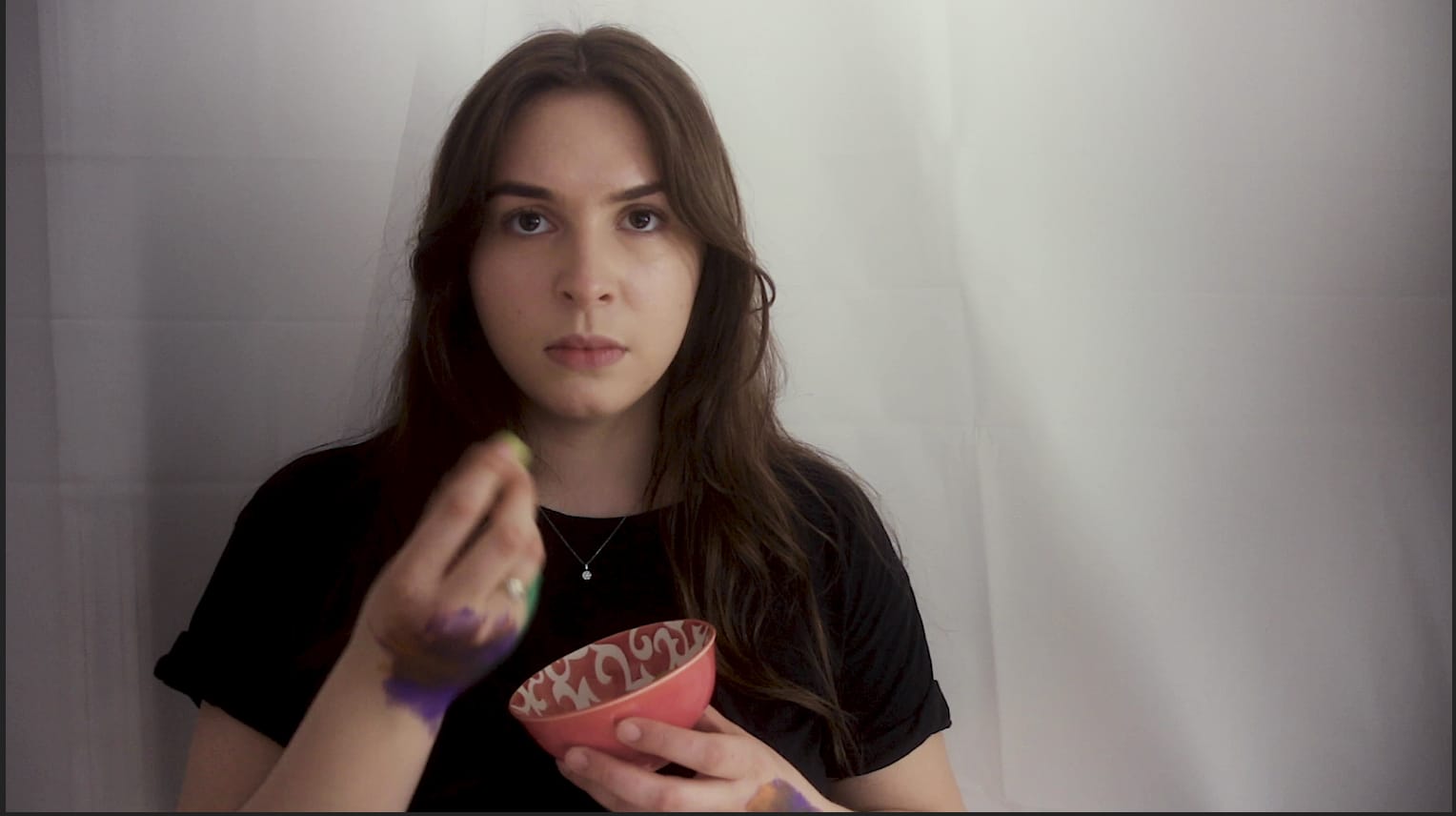 22-year-old New York based actor, writer, filmmaker, and casting director, Deana Taheri, graduated from the esteemed New York University Tisch School of the Arts in May of 2020 with a BFA in Drama. This meant that she, and her fellow 2020 graduates, were graduating not only into a pandemic, but into an industry that had no choice but to stop dead in its tracks. The graduates of 2020, particularly artists, were stripped of opportunity, yet still expected to make strides in a practically non-existent industry. Despite having landed various professional opportunities, including audiobooks with Penguin Random House and Audible, and multiple indie film productions, Deana, along with some of her peers and friends, refused to sit back and wait for opportunities to come to them and, with drive and perseverance, began to create their own.

Deana Taheri was born in London to an Iranian father, and British mother; however, she didn’t stay there long. Due to her father’s profession, she moved all around the world – hopping from school to school, city to city, and continent to continent; from London, to California, to Bristol, to Birmingham, to Qatar, to New York City. Deana had always known that a life in entertainment was her destiny and wasn’t going to let any changes of location change her trajectory. Everywhere she has lived, Deana has received awards in her field, opportunities to work and perform with professionals at the top of the field, and is continuously a student of her industry, learning every day. Deana was accepted to New York University Tisch School of the Arts in 2016 and studied at the prestigious Lee Strasberg Institute of Theatre and Film, and Stonestreet Studios, where she became connected with so many of her incredible collaborators, including Zac Branciforte and Julia Di Lorenzo.

Deana, Zac, and Julia were all feeling horribly stifled trying to stay creatively motivated in an industry that was on life support and decided that they were no longer going to wait for opportunities to come to them, they were going to make their own. This led to the inception of their artists lab, Bad Behavior Lab: dedicated to creating original works by multi-hyphenate artists. Through Bad Behavior Lab, they formed their first eventseries entitled “Go To Your Room!”, an anthology series of new works, creating a platform for exciting artists to debut their work; and, also, producing an original live-streamed play directed by professional directors and performed by emerging and established performers. By defining themselves as an artist’s lab, Bad Behavior Lab did not have to limit themselves to one medium of performance and, therefore, embarked on their first film production, TRANSPLANT.

TRANSPLANT, written and starring Deana Taheri, is a short film interrogating what it means to belong as a person who cannot define themselves by one single culture or way of life, illuminating the international experience in a narrative form, making it the first film of its kind. The film features footage from across the world, including NYC, Bristol, Panama, and Qatar, and was created with a team of 70% international people, and 80% BIPOC creators. The concept of the film was developed through Deana’s own personal reckoning with what “home” means to her, as someone who has moved around her entire life without being given the chance to truly settle.

“As an international person, there is an emotional rollercoaster which is often spent without wearing a seatbelt” said Deana, “It is incredibly confusing when you have made a home for yourself, made connections, started a career, and you’re then told than you may have to leave it all behind. Through the creation of TRANSPLANT, I developed an understanding within myself that I do not have to define myself by where I am from, and New York can be my home no matter what.”

TRANSPLANT discusses the experience of international children who have spent their upbringing being constantly uprooted and transplanted into new soil, with the hope that their roots will survive and continue to grow. Despite this experience being a lot more common than you might imagine, it is not something that has ever been discussed in a narrative format and makes this film the first of its kind. The film is currently being entered into various film festivals around the world.

Bad Behavior Lab are also due to premiere their first live theatre production in June 2021, Inferno, by Dante, a modern adaptation of Dante’s Inferno, written and directed by Julia Di Lorenzo, starring Zac Branciforte as Dante, and Deana Taheri as Beatrice. Featuring a cast of 10 incredible emerging artists, Inferno, by Dante uniquely uses this ancient text as a vehicle to share a story that will always be relevant if the concept of love still exists, which I would say is likely.

Deana was extremely open about how grateful she is to her peers, particularly Zac and Julia, when it comes to the creation of opportunities.

“I am the busiest I have ever been, and the most satisfied creatively since graduating!” said Deana, “It is so fulfilling to see your visions come to life in a setting where you can fully rely on your team and trust that they are as committed and driven as you are when it comes to achieving the goal of the project. I am so lucky to have such incredible collaborators all around the world who are just as determined, just as inventive, and just as raring to create opportunities for new and inspiring work. I will never again allow myself to fall into the trappings of waiting for opportunities to come to me, especially now that I know my worth as an artist through the eyes of my peers, and my own”.

Meet Jai’dynn & Pai’tynn, two sisters that are taking the child modeling and…