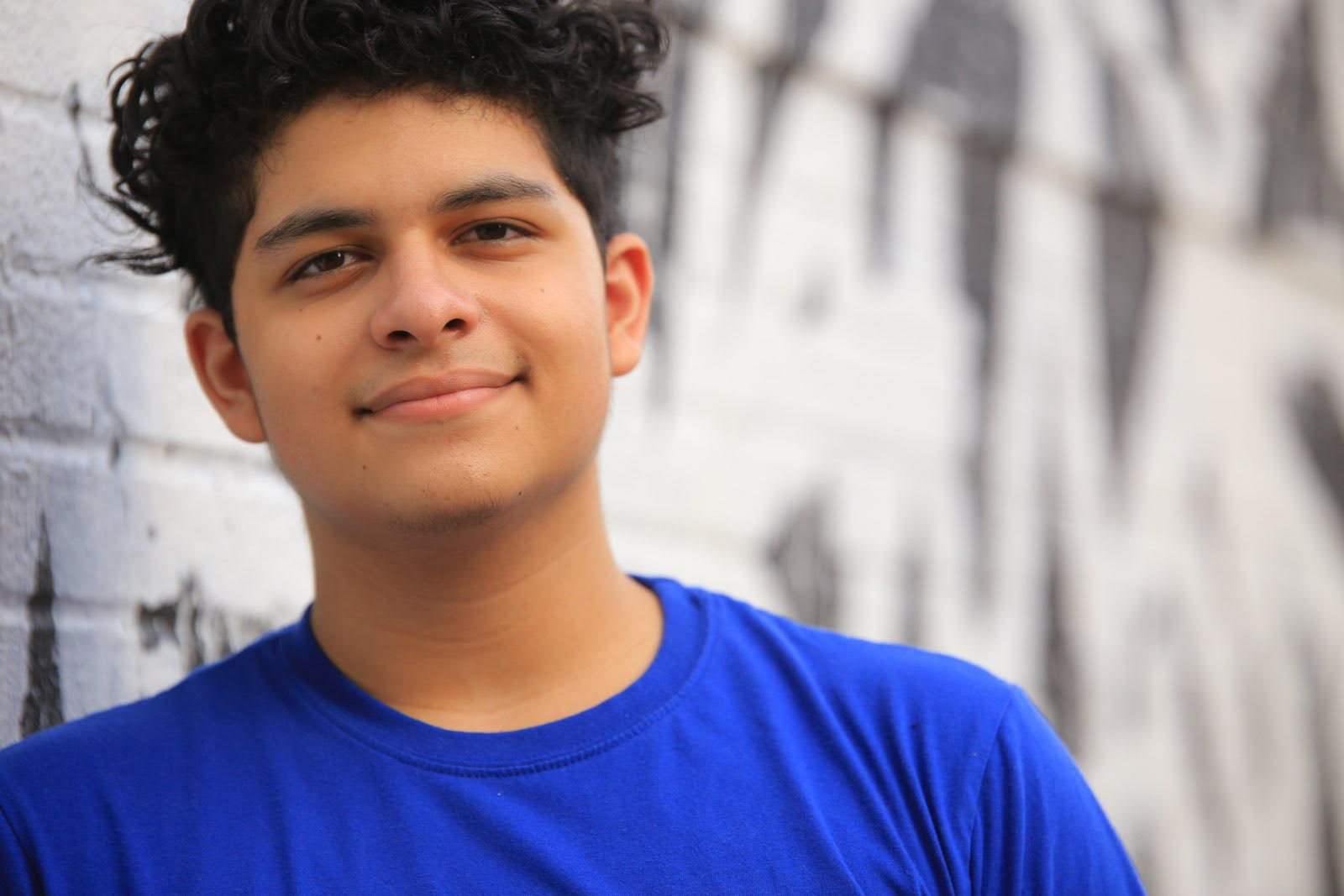 Award winning actor JAC was born in Brooklyn, NY. He is known for his performances on the big screen, television and theater. He has captivated the hearts of many since he was a very young boy, at the age of three he already knew he wanted to be a performer. In 2015 at the age of eleven JAC decided to take his acting career full force he is best known for his performance in the short film Swinging into Action also the web series Facts of Life he just finished wrapping his latest short film which he directed Don’t Keep Me Waiting, he is working on a few projects and networking in the industry. As any teen he loves spending time playing video games, watching TV and spending time with his family.

HI JAC! THANKS FOR TAKING THE TIME TO CHAT WITH US! CAN YOU TELL US A LITTLE BIT ABOUT YOURSELF, WHO JAC CARRERA IN YOUR OWN WORDS?
Hello! Thank you for inviting me. Who is JAC? To start off my real name is Jose Antonio Carrera, I am a 17 years old teen actor from Brooklyn, NY with big dreams. I love acting, singing and playing video games. The million dollar question is how I came up with my stage name JAC. One day my mom and I filling out the application for my first actors working permit we saw the section that said stage name we decided to take my full name first initials, Jose is just a common name and I am all in to make an impact in this world and JAC is so bold and represents exactly who I want to be.

WHEN DID YOU FIRST REALIZE THAT YOU WANT TO WORK IN THE ENTERTAINMENT INDUSTRY?
I was 3 years old when I realized I wanted to be a performer, always asking mom for pictures or to record me. My biggest inspiration at that age was Spiderman, I wanted to be on TV like my favorite superhero. Which years later I can truly say never give up on your dreams, I had the pleasure to work on the set of Spiderman Homecoming. Mom quickly got me headshots and started submitting me to contests and auditions, I booked my first role when I was 5 or 6 in a film called “A Precious Life”. I lived my childhood life and in 2015 I decided to take my career for another spin and the rest is history in the making.

WHAT IS THE FIRST THING YOU DO TO RESEARCH AND APPROACH A ROLE?
Every role is different, I read the script, I develop the character and I build the background. Certain roles I have to research things like accents, manners and styles. I love diversity even though being latino is a given those are the roles I will get but I love the challenges.

HOW IMPORTANT IS DEVELOPING A PERSONAL STYLE WHEN IT COMES TO ACTING?
Is important because you need to stand out, thousands of kids audition for the same role so you have to add a personal style just so that it could be somewhat different. Sometimes that one small decision you make could give you the call back, just make sure you keep the story exactly how they give it to you with a little bit of your style.

OUTSIDE OF ACTING, DO YOU HAVE ANY OTHER MAJOR INTERESTS OR PASSIONS?
Becoming a successful entrepreneur is one of my major interests, in 2020 I became the CEO of the first east coast young performer awards show called Skyline Performer Awards. I want to create a few foundations for causes I hold truly and probably one day open up a center to support bullied victims. Like I mentioned before I love playing video games so that’s one of my passions, I love streaming on twitch and playing with my friends.  I love to do movie and show reviews and love creating contents, I have 2 short films and my 3rd one coming out this summer “Don’t Keep me Waiting”, I also created The Quaran-teens on IGTV during this pandemic with my friends and I am looking forward to creating more entertainment.

CAN YOU TELL US A BIT ABOUT YOUR NEXT PROJECT?
My next project “Don’t Keep Me Waiting” was an idea I spoke to my mom about and she reached out to my friend Dylan Duff, together they wrote it and we cast some of my friends. During this pandemic we filmed remotely and used Zoom. I will not give to much about it but I can say this the story follows five friends working on a school project zoom. Everything is going well, having a good time until a stranger requests to join their video chat, weird things start happening. I can not wait for this film to release.

ANYTHING ELSE YOU WOULD LIKE TO SHARE WITH YOUR FANS AND OUR READERS?
Thank you for the love and support and I hope I continue entertaining and providing the world with awesome content. Also thank you for taking the time in reading this interview, follow me on Instagram (@jac_the_actor) if you are not following me and twitch jac_the_actor I will be posting awesome news in the upcoming months and I will be streaming you don’t want to miss out.

Teen Blurb is Anchoring The News On Tik Tok

Star Dust, From Heaven To Earth We Fall