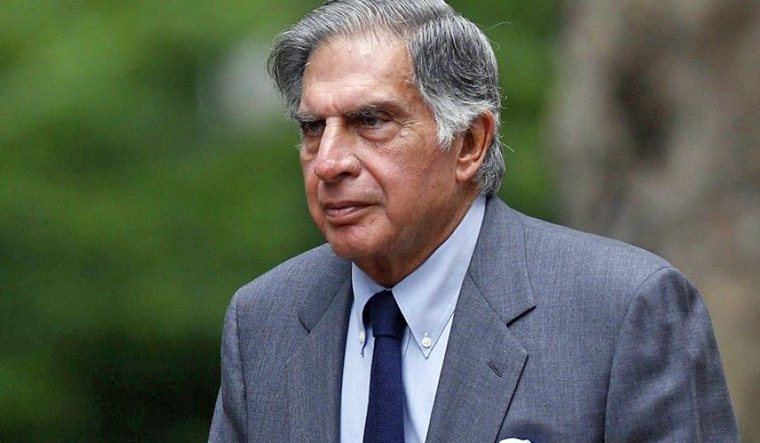 God bless the man who has been an icon, a business tycoon who has ably multiplied his legacy manifold times. At this juncture, one can humbly and naively wish him thousand years of life as a world is a beautiful place and to make it look it so beautiful, he has been a painter too.

The man is a result of his mind which generates thoughts that give shape to actions, and then his actions carve a present which directs the future. Later, when history speaks, it inspires not just a few but many.

The TATA empire will need not just one heir but many to match his potential of executing.

From a distance, we can humbly study from his few quotes a saga of lessons, which is but essential and mandatory for the human civilisation to prosper bestowed with peace.

Sir, Padam Shri Ratan Tata has expressed some great lines underlining his belief and perspectives which are educative if we relate it to our day to day life and absorb them as sagacious principles of effective and impactful existence, to embrace life as it comes with exuberance unparalleled.

First Quote – “Ups and downs in life are very important to keep us going, because a straight line even in an E.C.G means we are not alive”. Very rightly summarised and underlined as often people feel low and down in change of times and some even get depressed to the extent that they annihilate their existence. It also spells volumes of lessons to manage our day to day business with patience and put in sustained efforts to scale the sea and the waves which one conquers to travel from shore to shore.

Second Quote -“Take the stones people throw at you. And use them to build a monument.” Again wisdom served in a condensed fashion by the great philanthropist Sir Padam Shree Ratan Tata Ji, it’s humane to possess jealousy and greed, but many exceed the ratio and here begins the process of mudslinging, disparaging sentences and discouraging criticisms yet if one uses them positively to prove oneself and thus explore the possibilities to the extent that they become seeds to success, history has been witness to many such instances. The reminder here by the great visionary is an apt reminder to take things in stride rather than getting provoked, getting encouraged and using the criticism to improvise and create a history of its own kind.

Third Quote – “ None can destroy iron, but its own rust can. Likewise, none can destroy a person but his own mindset can.” speaks enormously of self-realisation to keep oneself steady and firm in one’s belief which is but essential to energise self till one’s desired objective is achieved.

Fourth Quote – “I may have hurt some people along the way, but I would like to be seen as somebody who has done his best to do the right thing for any situation and not compromised.” Speaks of pragmatic experience that has been brake to one’s journey by thinking immense of others and thus many got manipulated by discouragement and never took off due to lack of required self- discipline, as rightly concluded one should undertake to move ahead in one’s endeavour, enriched with care yet not paused from acting.

Fifth Quote -“ The day I am not able to fly will be a sad day for me.” Is reflective of one’s belief in industriousness till the very last, the greatness the man possess comes from his energetic endeavours. So it stands true for everyone who desires to replicate his traits, must for everyone to be active like a bird who scales through the sky.

The Sixth Quote – “ I don’t believe in taking the right decisions, I take decisions and make them right.” The accountability of giving shape to one’s dream is one’s own and if one determines self to fulfil the vision one must give the final shape so to match the rightly visualised to the rightly done, often half done takes the credit away and is rightly subjected to castigation as a result remains pending to be defined in black and white. Padam Shree Ratan Tata rightly talks about deep introspection before taking the call of what to do and thereafter making it true by exhibiting the result of the conceived vision.

The Seventh Quote – “ Don’t be serious, enjoy life as it comes.” – speaks high of the intellect of the great man he (Padam Shree Ratan Tata ji ) is – for life combined with the jovial spirit makes not only the journey of life worthwhile but also enables its travel healthily and happily. One’s mental health comes from one’s intellectual disposition to keep oneself happy and the predisposition to take things positively is mandatory.

The Eight Quote – “ People of great power wield great power, but people of lesser power or people who have fallen out of power go to jail without adequate evidence, or their bodies are found in the trunks of cars.” Is a very wise and utterly honest statement. The pragmatic experience of life is rightfully must be educated which reads that , nothing succeeds like success and nothing fails par failure. Critical warning by the Honourable Padam Shree Ratan Tata Ji as it serves as a precaution to many who must be on alert in their execution of objectives with a firm heart and alert mind.

The Ninth Quote – “ if it stands the test of public scrutiny, do it… if it doesn’t stand the test of public scrutiny then don’t do it.” Is another great observation by the business stalwart for underlines that in the human civilisation one must understand that public acceptance is important emphasising – “ Man is a social animal and must comply to the social norm .” Philanthropist he is and respectful to the society is his important trait and must be for one and all who gains inspiration from him.

The Tenth Quote – “ I have been constantly telling people to encourage people to question the unquestioned and not to be ashamed to bring up new ideas, new processes to get things done.” Speaks of his ( Padam Shree Ratan Tata ) encouragement to innovations and discovery which is but essential for adapting to survive and secure tomorrow. With reference to his earlier quotes the itinerant he is- rightly emphasises the need to innovate without being a rebel but to live as he has – for the society and the human civilisation that spreads across the globe.

We need to salute yet beseech him to sow seeds to many of his kind by training the mind and blessing his company hopefully to me and many others who emulate him for his rich thoughts and strong will – I repeat. God bless him many thousand years of life and may his good deeds sing till eternity.

The Technology Your Business Needs in 2022