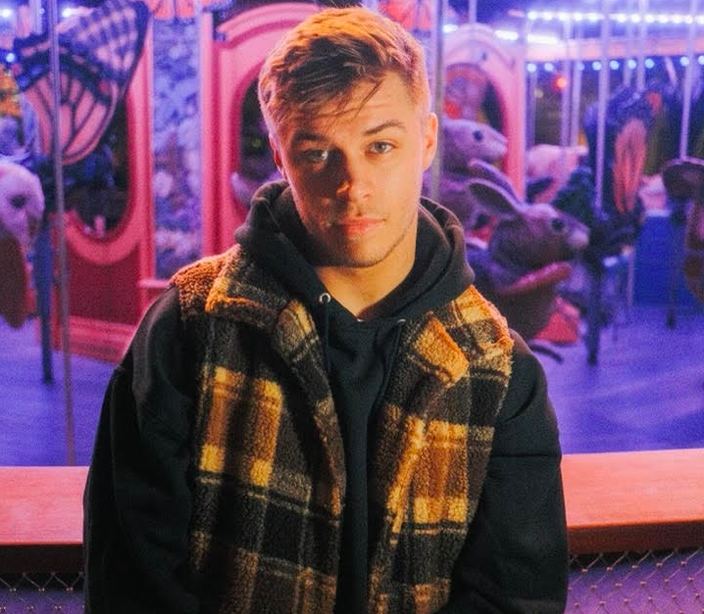 Music is a language that everyone understands, irrespective of the country or region. It’s no wonder that music has been known to have healing properties, and musicians are referred to with high regard everywhere.

Zack Kindall is an upcoming musician who is showing great promise. Taking inspiration from mainstream artists like Justin Bieber, Maroon 5, and Bryson Tiller, he would love to collaborate with one of these artists someday. Additionally, he also draws his inspiration from Christian hip-hop artists like GAWVI and WHATUPRG growing up listening to them. But the way he is continuously progressing, those days don’t seem far when he’ll be inspiring upcoming youth.

Zack Kindall hails from Ellington, Connecticut and has four siblings. Having grown up with a god loving Christian family, Zack developed a firm belief earlier in his life that still continues with him as strong as ever. And as it turns out, his Church regular visits started his path towards music.

Zack has been a footballer for most of his life when he started playing very young. He wanted to pursue it professionally and also went to play at the college level. This is when he took a break from college and went to help his Church in sharing the message of God. When he was on his way to follow his new two years mission, COVID hit badly.

This is the moment when he decided to make something out of his time and instead focus on his music career. He went full-time and decided to instead help uplift and motivate others through his music. And to add a cherry to the top, he also had a chance to see bands like Maroon 5 always performing in the vicinity that helped him shape her perspective.

Sometimes, life has a plan for you, and you don’t know about it till every piece of the puzzle falls in place. Also, Zack used to perform the covers of legendary artists like AC/DC since he was ten years old in front of large audiences. He also performed in numerous talent hunts, which ended up laying a strong foundation for the moment that was to change his life.

When he randomly tagged along with a church friend to a music studio, he ended up writing lyrics on the music that a producer was playing. Eventually, getting a chance to try some vocals, and that was the moment when he knew that music was his calling.

Since that moment, everything has been history. But throughout this time, he worked on developing himself and continuously worked on his skills. After spending considerable time in building his foundation, he tasted success by featuring in the top ten on iTunes, charting number two on Amazon, viral Tiktoks, and millions of streams. Having sold out his first show in Boston towards the year-end of 2021, his popularity has increased rapidly over time. He continues to perform throughout the country whenever the pandemic guidelines allow.

To know more about his journey and find out about his latest shows and releases, you can connect with him on Instagram.

João Rocha: The tale of a fashion and lifestyle influencer