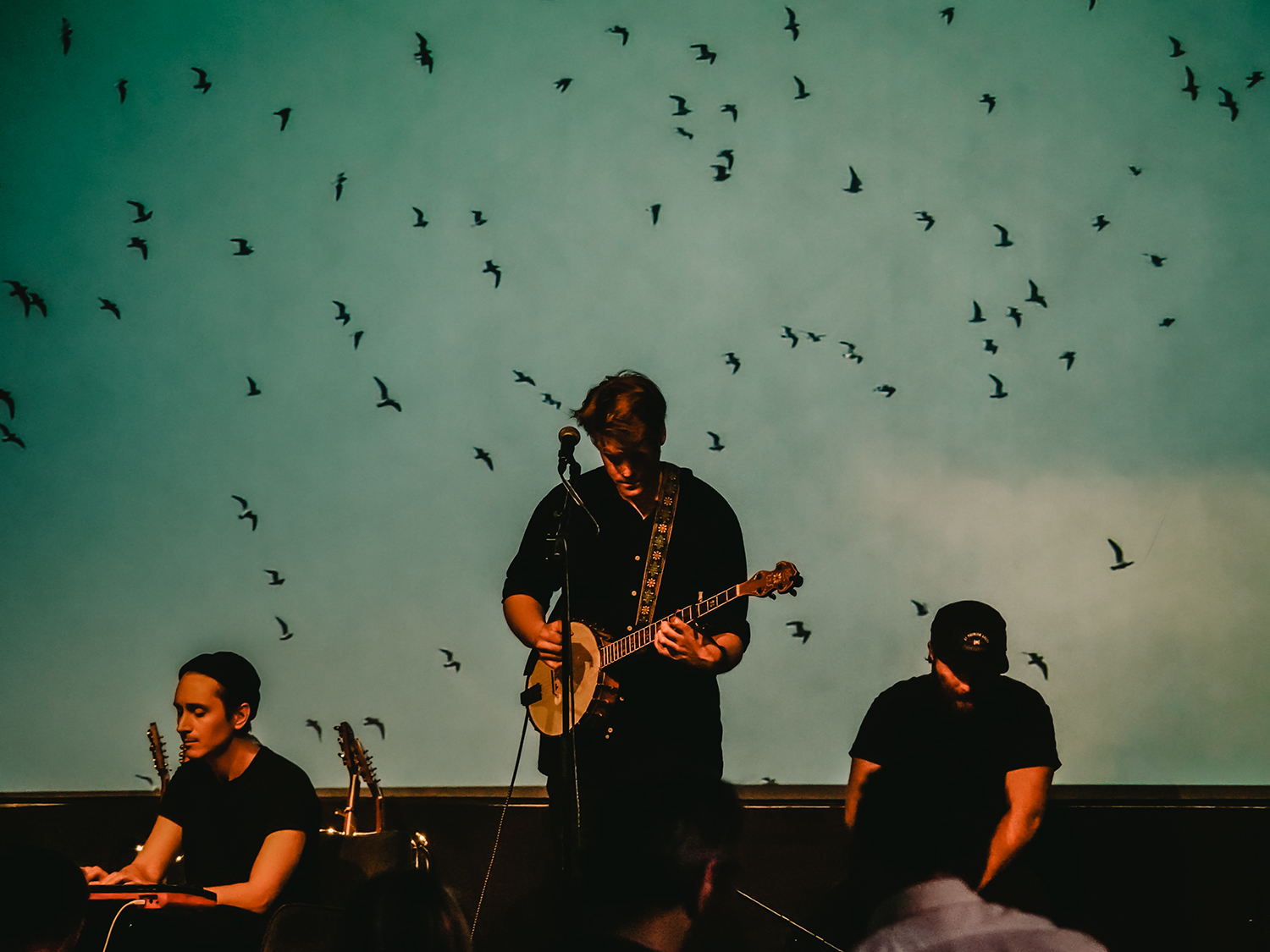 Free-spirited Indie Folk singer-songwriter Land Of Trees will be releasing his latest single ‘See The Fire Dancing’ on the 21st of October via Land Of Trees Music. Notably, the single premiered on CLASH Magazine. The musician has been recognised by Swedish publications Tinsel Music Magazine and Hallands Nyheter,  as well as the international webzine When The Horn Blows, where he has been featured repeatedly. His music has aired on iHeartRadio and Sveriges Radio and appeared on the noteworthy YouTube channels Sailing la Vagabonde, Mother The Mountain Farm, AlexRainBirdMusic and IndieVibes, helping him earn nearly 7.5 million streams across platforms.

Born and Based in Sweden, Marcus Friman, known as Land Of Trees, is a nature-inspired musician who, with each song, tells the tale of a small-town boy, lost between pine trees but finding his way in a strange world. Enchanted by the mountains, he began using poetry to describe his surroundings, which he later floated on the river of music. Including his debut album, Wild Wind, the musician has released three full-length albums, with a fourth on its way. He cites The Tallest Man On Earth, Michael Kiwanuka, Ben Howard, Bob Dylan, Nick Drake, and Nathaniel Rateliff as his influences, while his style brings Mumford & Sons, The Lumineers, Vance Joy, and Novo Amor to mind.

Like the crackle of a campfire, ‘See The Fire Dancing’ comforts and warms. With gratitude for the small things, Land Of Trees strums the banjo, evoking a folksy feel as he eases listeners beneath a canopy of sound, ready to tell them an introspective story, which he has set to an upbeat tempo. And his vulnerability is the spark that keeps it burning.

Land Of Trees describes how the single was chosen: “’See The Fire Dancing’ just got everyone around me going instantly. I wrote it on my banjo, which was peculiar enough to begin with, but when I played it to the band they were all mesmerised in their own way. It was an easy choice as our first single release for the upcoming album and I’ve never seen the band more intrigued to record a song. It was recorded live in a small cabin, and I think you can hear how much we loved the song as well as recording it.”

Keeping it Real with Clementine Lea

Brand Identity: What It Is and How To Build One