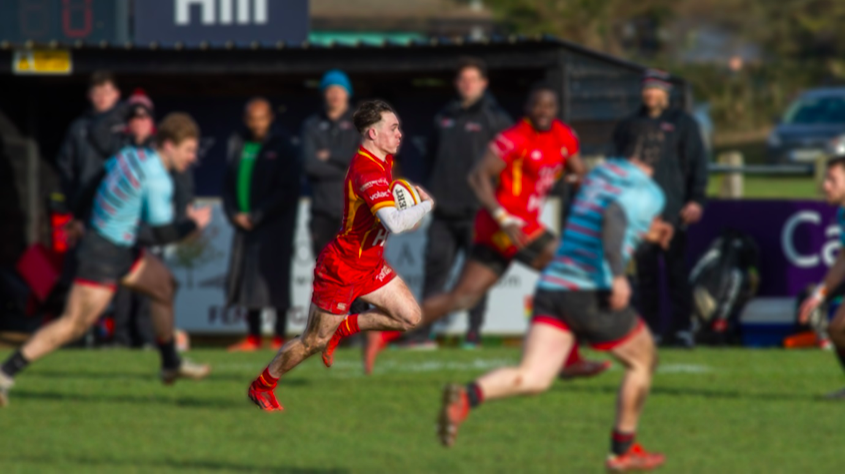 Will Wand is proving himself as one of the best young talents in the National Leagues. In his first senior season of rugby, the electrifying centre has already achieved National 1 Player of the Week for his double-try performance against league leaders Rosslyn Park, and dotted down numerous times for Cambridge so far this season.

Wand made his debut for Cambridge, in the first game of the season, against Rams in September 2021 coming off the bench and onto the wing. However, it wasn’t until 2 months later when Wand would find himself scoring his first try for the club after suffering an injury which kept him out for a few weeks. 3 weeks later, Cambridge find themselves up against the current league leaders, Rosslyn Park who had only lost 1 game so far in the season. Wand managed to earn himself a start at his preferred position, outside centre and got Cambridge’s second and third tries eventually leading to a win.

“The first try I just managed to slip through to get the try – it was good. The second try was all the work of Joe Green.”

Wand would find himself starting at 13 the week after against local rivals, Bishop Stortford. Cambridge managed to win the game 24-19.

As we approach the last 10 games of the 2021-22 season, Cambridge are looking to finish well. It has been an overall strong season for Cambridge, probably something they’re not so much used to, as they’re sitting 5th in the table currently. Wand looks to continue making an impact for club as the season carries on as he scored his first try of the year against Blackheath last weekend.

Wand, originally from Spalding, studied at the local grammar school whilst also playing for the local club. However, it wasn’t until Wand left school when he shifted his entire focus onto rugby. He joined the Leicester Tigers junior academy as a child but didn’t make the cut into the senior academy. Studying a level 3 sports science course at Leicestershire’s Brooksby Melton College whilst playing weekly in the RFU ACE league sky rocketed Wand’s progression as a player.

Hopefully, we can look forward to more strong performances from Wand in the future.

13 Tips In Making An Infographic For Your Sales Report