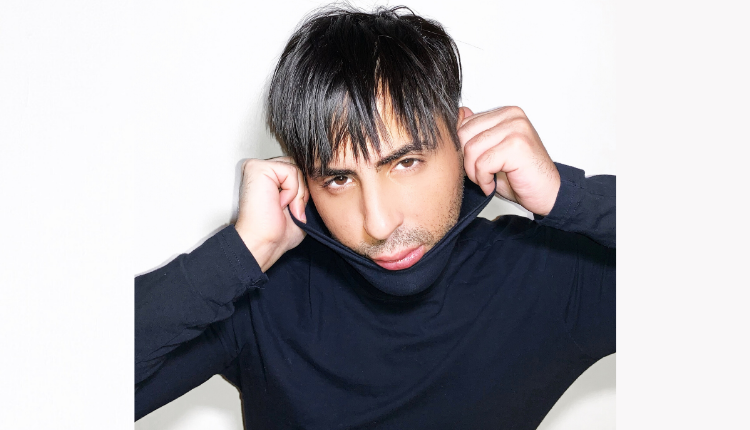 Who is Georgio Not Armani? A conversation with Georgio Takounakis

Who is Georgio Not Armani? Yeah, We didn’t know either. That’s until we saw what he had going on. From Instagram alone, the feed is fire! It’s all fashion based with some ad’s sprinkled in but nothing too crazy! But who is the person behind the brand Georgio Not Armani? His name is Georgio Takounakis and he has a Digital Firm that he is launching soon as well as a docuseries.

Georgio Takounakis is taking control of his own narrative as Executive Producer in his new docuseries, titled simply, “Georgio Not Armani: The Docuseries”. It is set to premiere later this summer exclusively on the Roku platform.

“I am excited to start this journey and share it with my audience. They don’t know a lot about me and I am ready to share that. I want to show what it’s really like trying to become and maintain influencer status, while continuing to grow” he tells ABOUT INSIDER in a statement. “My Instagram audience knows Georgio Not Armani for posting dope fashion pictures and sharing my favorite products but before anything I’m Georgio Takounakis! I am greek, gay, a friend, a partner, a dog parent, a digital marketer and soon, a boss. I am human though, I am still figuring it out daily like everyone else. I hope when watching my journey you’re inspired to not give up. Everyone can make it happen out here, I know this from experience”. Georgio selectively chose Roku as the home for his show.

Georgio learns that cutting a docuseries isn’t as simple as it seems. “I thought ok, it’s not like a one day thing, but we will film for a period of time and then edit it into 8 episodes”. What he didn’t anticipate was the challenges he would face throughout filming. Georgio had to ensure people who filmed signed the release form and some people didn’t want to follow through. “One friend decided to back out after realizing how he came off on camera, we had to go back and cut it down differently to not lose the footage”, Georgio explains he also plans to continue producing and creating more content that’s speaks to his soul. What can we expect from Georgio Not Armani: The Docuseries? You will learn tips on how to have a banging Instagram feed, Georgio is funny AF, Georgio cries a lot, and he is not afraid to say how he feels. Nothing seems to be off limits, family is even part of the narrative!

Who Is Nate Wylz And What “Transcendental Hallucinationz” Are He Talking About?