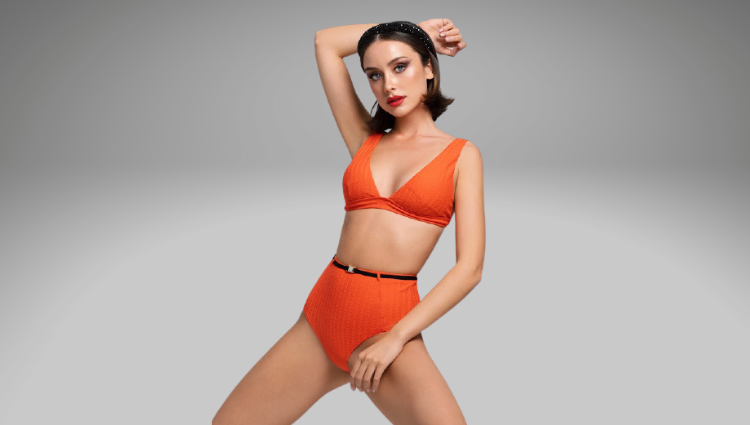 Claudia Bouza Macia is a professional model and actress, currently based in New York City, NY. She is originally from the colorful and incredibly artistic city of Barcelona, Spain. Her style channels that unique vibrancy and warmth that makes her hometown so special, but she has a look and a creative identity that’s all her own. Quite focused on acting, Claudia went to The Lee Strasberg Theatre Film Institute in Manhattan, where she attended the conservatory program and earned her degree after a 2-years program. Her time at the school was incredibly influential for her development as an artist and as an individual in general, and she continues to stay active in the NYC theater community. She is currently planning on putting up a production of Jean Genet’s play MAIDS, along with a few school alumni.

As a model, she has worked with major media and brands such as bikini.com. She also appeared in iconic publications such as the world-renowned Cosmopolitan magazine. Although she moved to NYC at the young age of 22, she faced all the challenges of living and working abroad like a true champ, showcasing her intelligence, industry-savviness, and adaptability from the get-go. A true risk-taker who loves to take chances and push herself to pursue new opportunities, Claudia aims to keep working as an actress. Her artistic side has led her to work in numerous productions, ranging from independent projects to broader campaigns and everything in between.

Demitrius Omphroy Embracing A New Promising Career As An Artist