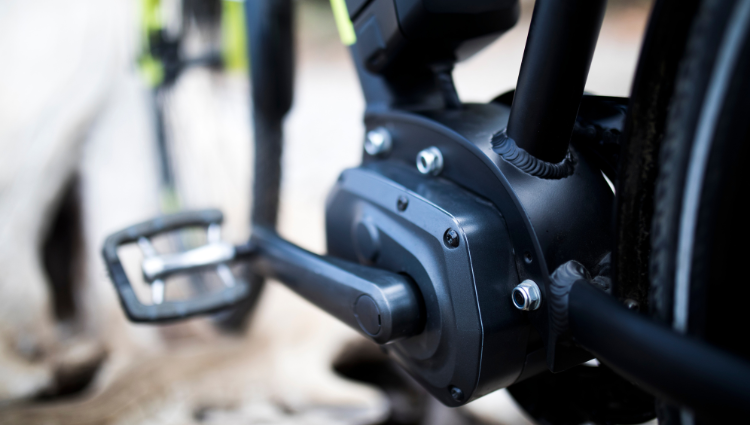 The importance of getting all the information about anything before buying it cannot be overstated. This could also help you make a more informed decision when it comes to which one is most suitable for your needs. Some buyers like to thoroughly research products before making a purchase.

The concept of e-bikes is not exactly new. Their popularity has grown steadily since they first appeared. There is no doubt that they will be around for a long time. Thus, it might be worth spending some time learning about electric bikes and which motors will be most helpful to you.

Which Types of Motors are Used in Electric Bicycles-According to Power Ratings?

Simple, convenient, cheap, and economical electric bicycles have established themselves as the world’s favorite form of transportation in recent years. The customizability and eco-friendliness of battery-powered electric bicycles are a strong point of appeal, undoubtedly leading to their growing popularity in the United States.

With every passing day, people are learning more about the benefits of electric bicycles, and people are comprehending why people need electric bicycles more and more. Which motor you choose will affect your overall riding experience, such as how hard you have to pedal.

Therefore, we are forced to ask: which is the most effective type of motor? Which motor type should I use for my e-bike? Similar to horsepower, power ratings show the power output of an electric bike’s motor. With a higher rating, the bike can pull more weight, but at the expense of consuming more battery power.

Electric bike motors come in a wide range of power ratings, from 250 watts to 1250 watts. You can choose between different power outputs in the electric bikes that Addmotor offers.

For city rides, you might want something that’s sleeky but still looks cool. So, Addmotor offers two of its best electric commuter bikes: M-53 and E-43 hub e-bike models.

The advancement of technology has brought about a number of things, including e-bikes. In contrast to the past, you can now specify the type of motor you want for your bike based on what type of service you want it to provide.

In order to build an e-bike, three main components are necessary: an electric motor, a battery, and a display. The e-bike revolution is impossible without electric motors, which are the heart of these bikes. While there are many types of motors out there, understanding the types of motors used by the best electric bikes will inform your buying decision depending on your e-bike’s primary purpose.

What are the Different Types of Motors Used in Electric Bicycles-According to Different Placement?

It is generally more or less the same for all electric bike motors since they employ similar components to provide you with a comfortable ride. Nevertheless, each has its own advantages and disadvantages.

Despite the large variety of e-bike motor styles available, hub motors and mid-drive motors remain the most popular. In terms of the advantages that each type of motor can offer, you should be aware that they differ depending on what you’re looking for.

There are three ways an e-bike motor can be mounted: at the front, in the middle, and at the rear. Each method has its own benefits and disadvantages.

Hub motors are the most common type of motor for electric bikes. These motors are considered more traditional in e-bikes and can be arranged either on the front or rear hub. With a hub motor, the motor is built into the wheel instead of into the pedals, so the motor and ground are directly connected. When engaged, they pull or push the wheel, depending on their location.

Rear hub motors are the most common style of motor found in e-bikes; these are the ones used in the 750-watt electric bicycle at Addmotor. As the name suggests, the motor is located in the hub or rear wheel of your e-bike. Because the motor drives the wheel, not the crank, you can choose the power on or off without affecting the e-bike’s movement. This is because the wheels can spin quickly even when the pedals aren’t turned. Thus, you can still enjoy riding your bike when the motor is off by powering it manually.

Motors mounted on the hub of the front wheel are front hub motors. By driving the front tire with the motor and pedaling the back tire, these motors effectively turn your e-bike into an all-wheel drive system. They’re quite effective to use in different terrains including snow and sand because of the extra traction provided by all-wheel drive. No gear system is attached to them, so they are easy to install and remove.

The mid-drive motor electric bike is the second most common. Their complex sensor systems make them expensive compared to other hub motor electric bikes since they’re a newcomer to the market. Power is delivered to the rear wheel through the chain between the pedals. Some people like its central location because of its uniqueness and benefits, but there are also some drawbacks. Addmotor uses a mid-drive motor for its 1000-watt electric bicycle because it provides strong power continuously.

The mid-drive motor will surprise you with a comfortable dose of performance and a short battery assist reaction time. E-bikes with centrally located motors deliver better weight distribution because of their central placement. On off-road and mountain e-bikes, mid-drive motors are convenient and practical. Mid-drive motor electric bikes with s are highly recommended for their many benefits.

Electric bikes made in USA come in a variety of styles with different motors. Various types of motors can be used, including hub-motor, mid-drive, and others. Each motor has its own characteristics, so your choice will depend on your needs.

What are the Main Points to Consider in Buying Electric Cargo Bikes?