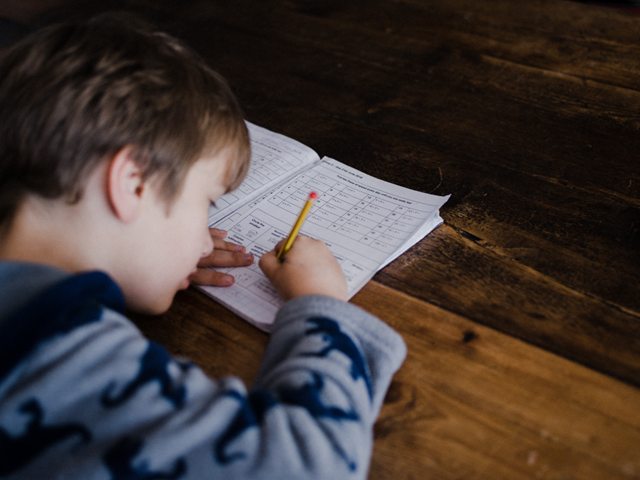 In educational media and literature, this term refers to a process in which the student solves a problem with the support of a teacher or other more experienced person. In this case, the task is so complex that the student definitely can’t do it alone, but with support it is within his power.

This support is denoted by the metaphor of “scaffolding” or “props. The better a student masters a new skill or knowledge, the less he needs these “supports,” and eventually, the teacher removes them.

To make the concept of scaffolding even more transparent, American teacher Rebecca Alber explains its opposite: “To tell students, ‘Read a nine-page research paper, write a detailed essay on the topic of that paper, and turn it in on Wednesday.

If the teacher wants students to understand the article and remember the main points, following the logic of scaffolding, before assigning the essay writing, he or she will review the material with the students and explain the key terms. Even better is to break the text into parts and read each piece in class, discussing it with the whole class, says Alber.

Scaffolding theory can be used not only in a student-teacher pair but also in a student-digital pair. An example of using scaffolding in a combination of teaching and digital technology is the use of the alphabetizer tool. When writing any academic paper, you should cite the literature sources that you used to write the research or other scholarly work. Typically, students write down these sources chaotically, but formatting rules require orderliness. In this situation, the alphabetizer tool helps you organize your reference list in alphabetical order. In this case, the student solves his problem with the support of digital technology. But in this article, writers from WowEssays will consider the application of scaffolding in a student-teacher pair.

The Main Principles and Criteria of Scaffolding

The theory of scaffolding in learning was first articulated in 1976 by American psychologists Jerome Bruner, David Wood, and Gail Ross in The Role of Tutoring in Problem Solving.

“The process of scaffolding,” the authors wrote, “consists mainly of the adult controlling those elements of the task that are initially beyond the student’s capabilities, thus allowing the student to concentrate only on those components within his or her power.

It is worth noting that this work described the Teaching of preschool children and was not about a teacher but simply about a more experienced adult – a tutor, tutor, or mentor. Nevertheless, the principles described by Bruner and his colleagues soon came to be considered universal, and in 1979 the first scientific work appeared in which the prominent participants in the interaction within the scaffolding framework were no longer a child and an adult but a pupil and a teacher.

The principles of scaffolding described by Bruner and his co-authors are as follows:

In 1983, Arthur Appleby and Judith Langer supplemented these principles with five criteria for scaffolding:

Thus, scaffolding is a temporary support for the student, which should gradually be phased out. Responsibility for the task is first divided between the teacher and the student and then completely transferred to the latter.

What Does Science Say about the Effectiveness of Scaffolding

In 1975, Bruner’s colleague David Wood, co-authored with David Middleton, published a paper in which he described a process similar to scaffolding. In this study, mothers taught their children to assemble a constructor. Children who built in pairs with their mothers and received advice from them produced significantly more complex designs than those who built alone. Those children were most successful whose mothers adjusted their support strategies based on how well they were doing. When the work progressed easily, the help became minimal. When children encountered difficulties, mothers gave clearer instructions or showed them how to complete the task.

In 1990, similar results were obtained in a study that compared scaffolding with learning by the discovery (when a child finds the solution to a given problem on his own). In the experiment, some children worked on the task while maintaining a dialogue with their mothers, and the other group worked alone, receiving only occasional corrective feedback. As a result, the first group coped with the task much more successfully.

A study in 2000, which, however, involved only one person, has shown that scaffolding can be useful in learning a new language. A six-year-old participant in the experiment, who spoke Farsi, was learning English. He was first taught individual words and phrases, then asked closed-ended questions, and then questions requiring more meaningful answers. This gradual increase in difficulty helped the child improve his language skills without unnecessary stress or frustration.

Finally, the author of the 2003 study notes that when applying the principles of scaffolding, students should not be perceived as passive executors of the teacher’s instructions. It also contradicts Vygotsky’s idea of the zone of proximal development, according to which a student is an independent researcher.

How to Apply Scaffolding

The authors of the textbook Methods, Strategies, and Techniques for Teaching that Meet the Needs of All Students complete this list by describing basic scaffolding techniques, citing the work of education researchers Kathleen Hogan and Michael Pressley.

Thus, the first step in using scaffolding is usually modeling, demonstrating “behaviors that show how [the student] should feel, think, or act in a proposed situation.” An example of modeling might be the “thinking out loud” technique: the teacher goes through a task and voices their thoughts related to it. For example, the teacher can “think aloud” while they break a new word for the students into parts so that it becomes easier for them to read.

It is equally important to explain what is being studied, why, when, and how to use it. In the beginning, the explanations should be detailed and often repeated. But as the student progresses, they can become less and less verbose and contain only basic clues.

In addition, it is important to ask students to participate more actively in the learning process – this will increase their ownership and responsibility for the result. And the teacher can then give positive feedback or adjust the student’s actions.

The authors of the manual then provide several concrete examples of scaffolding:

Bio:
Vicki Mata is a writer who began her active career as a student. She was editor and author of the student newspaper and has won many writing contests. Vicki brings her experiences to life for the WowEssays blog, where she provides valuable student advice.

Instagram Monetization: A complete guide for creators and influencers – 2022