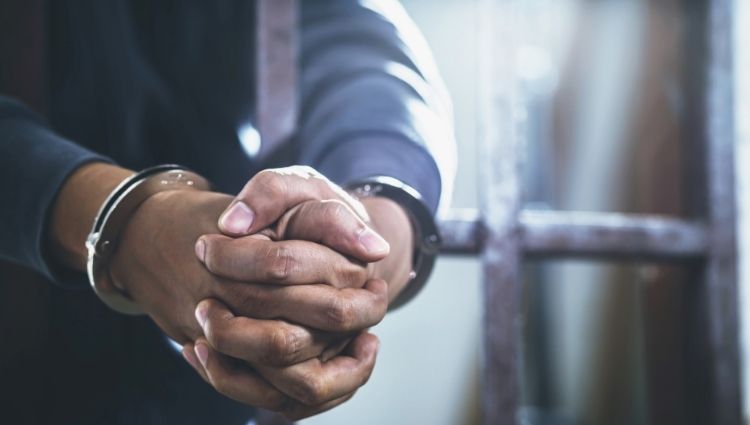 A corpus of laws that apply to criminal activities is referred to as criminal law. When a person fails to follow specific criminal legislation, they perform a criminal act by breaching the law. This set of rules differs from civil law in that criminal law punishments include the loss of one’s rights and incarceration.

On the other hand, civil laws deal with the resolution of legal disputes and entail monetary damages. Criminal law is one of the many tools used by organized societies to safeguard individual interests and secure the group’s existence. If you are not well versed with the legalities in Virginia, then a Virginia Criminal Defense Lawyer will guide you through it.

Criminal law is distinguished by the extremely harsh possible repercussions or punishments for failing to follow its provisions. Every crime contains criminal components. The death penalty may be enforced for the most egregious offenses in certain jurisdictions. Physical or physical punishment, such as whipping or caning, may be applied; however, these penalties are illegal in many parts of the world. Individuals may be imprisoned in prison or jail for various reasons, depending on the jurisdiction.

How Many Types of Criminal Laws are there?

Misdemeanors and felonies are the two sorts of criminal laws. A misdemeanor is a lower-level criminal violation, such as small assaults, traffic infractions, or petty thefts. Consequently, in most states, the penalty for a minor offense is usually one year or less in prison.

Felonies are punishable for a year or more in the United States, depending on nature of the act and jurisdiction where crime was committed. Felony charges, on the other hand, constitute more serious transgressions. Murder, manslaughter, drug selling, rape, robbery, and vandalism are instances of felonies. Furthermore, criminal laws vary from state to state. Hence, they differ from one another. Federal criminal law legislation also applies to all states in the United States.

In addition to felonies and misdemeanors, there is a third category known as infractions. Infractions are not technically crimes because they can only result in penalties and not incarceration. However, an infraction frequently involves some engagement with the criminal process (for example, being pulled over by officers during a traffic violation), and certain criminal laws and processes come into play. Petty transgressions such as traffic offenses are examples of infractions.

Criminal vs. Civil Law – What is The Difference?

Crimes, in general, indicate an action that causes substantial harm to society as a whole and extends beyond personal harm. A violation of contract, for example, primarily affects the contracting parties (and is a civil action), but criminal activities, such as murder, drunk driving, or theft, injure and hurt both individual victims and society.

Furthermore, criminal law differs from civil law in various ways. A prosecutor, for example, is a government lawyer who pursues criminal charges against the accused on behalf of the federal government. On the other hand, a private lawyer brings a civil case to resolve a dispute between private parties. Criminal prosecution or conviction might end in incarceration and penalties, but a civil case usually results in monetary damages or modifications to a party’s legal status (such as divorce or parental rights), but not in incarceration.

In civil lawsuits, if the judge or jury decides that there is more than 50% of the evidence in favor of the appellant, the plaintiffs win, which is quite low when compared to 90% proof in criminal law.

Unless the offense is a strict liability crime (in which no particular mental state is necessary), legislation usually divides crimes into two parts: an act (the “actus reus”) and a psychological condition (the “men’s rea”), such as intentionally or negligently.

To put it more simply, It is widely accepted that the main elements of every crime are (1) a voluntary act (actus reus), followed by (2) a specific psychological state (men’s rea). Any type of voluntary human behavior can be classified as an act. Movements made during an epileptic fit are not actions, even if they result in another person’s death. Criminal accountability for the outcome also necessitates that the harm is done by the product of the accused’s actions.

For example, theft is stealing another’s property to permanently deprive them of it. Resultantly, the defendant must have performed the act of taking the property with the intended purpose of taking possession of another. A prosecution must establish that the defendant satisfied these requirements to be convicted of a crime.

A prosecutor’s suggestion that the defendant committed a crime is insufficient. Instead, for a conviction, the prosecutor must show every element of the offense beyond a reasonable doubt. In pursuing illegal conduct, police officers, prosecutors, and other government employees must also follow particular protocols. All individuals have civil liberties that the authorities must uphold and preserve. If these rights are not respected, a prosecutor may be unable to win a conviction in a trial.

A great example would be to take a citizen detained for suspected burglary, and police officers may want to interview them about the offense. However, the Fifth and Sixth Amendments to the United States Constitution protect people against improper questioning and interrogation by police personnel.

Although most judicial systems recognize the importance of the guilty mentality or men’s rea, the legislation has not always defined this notion precisely. The Model Penal Code attempts to simplify the notion by limiting the number of mental states to four. A person is guilty if they behave:

Some criminal acts may not necessitate the accused demonstrating guilty intention. Traditionally, this includes statutory rape, in which awareness that the minor is under the age of consent is not required for liability. There is also a broad category of “public welfare offenses,” including topics like economic restrictions and laws governing public health and safety.

What Does Beyond A Reasonable Doubt Mean?

This implies that the prosecutor must persuade the panel of judges that the proof admissible in court cannot be explained in any other way. In other words, to return a guilty conviction, the jury must be almost confident of the defendant’s guilt.

This is a far higher threshold of proof than the civil requirement, known as “preponderance of the evidence,” which simply needs certainty more significant than 50%. The burden of proof is fulfilled under the preponderance standard when the plaintiff with the burden persuades the judge that there is a more than 50% possibility that the argument is true.

What are Statutes of Limitations?

All legal systems contain statutes that limit the amount of time legal procedures can be brought. The duration of the sentence may vary depending on the gravity of the offense. There are no statutes of limitations in many nations, especially detestable actions, such as capital felonies in the United States and genocide and manslaughter in Germany.

Prosecuting Under the Conduct of Ignorance and Mistake

Most judicial laws around the globe accept that a person who acts in ignorance of the realities of his conduct must not be held legally accountable. Thus, a person who steals and carries away another person’s things, thinking them to be his own, does not commit theft since he lacks the intent to rob. In contrast, ignorance of the law is typically regarded not to exonerate the perpetrator. It is no defense that he was uninformed that criminal law prohibited his action. This notion is based on the idea that every rational adult can see unlawful conduct as damaging and unethical.

Prosecution in Criminal Law for Conspiracy

Under common law, a conspiracy is defined as an arrangement between two or more individuals to conduct an indictable offense or achieve a legitimate goal by illegal means. In most nations, the punishment for agreeing to commit crimes is considered a punishable offense regardless of whether the unlawful aim was attempted or carried out.

When Should You Speak To an Attorney?

If you have been found guilty of a crime, you should consult with a criminal defense attorney who can help you determine and safeguard your rights while also developing a solid defense for your case. A lawyer may also outline your actions’ immediate and long-term ramifications, such as speaking with police, pleading no contest, and standing at trial.

Consequences for individuals accused with or found guilty of a crime can permanently alter a person’s life. Moreover, the implications go well beyond arrest, trial, jail, and parole. A criminal record can impact career and educational possibilities, family connections and stability, personal rights, and other factors.