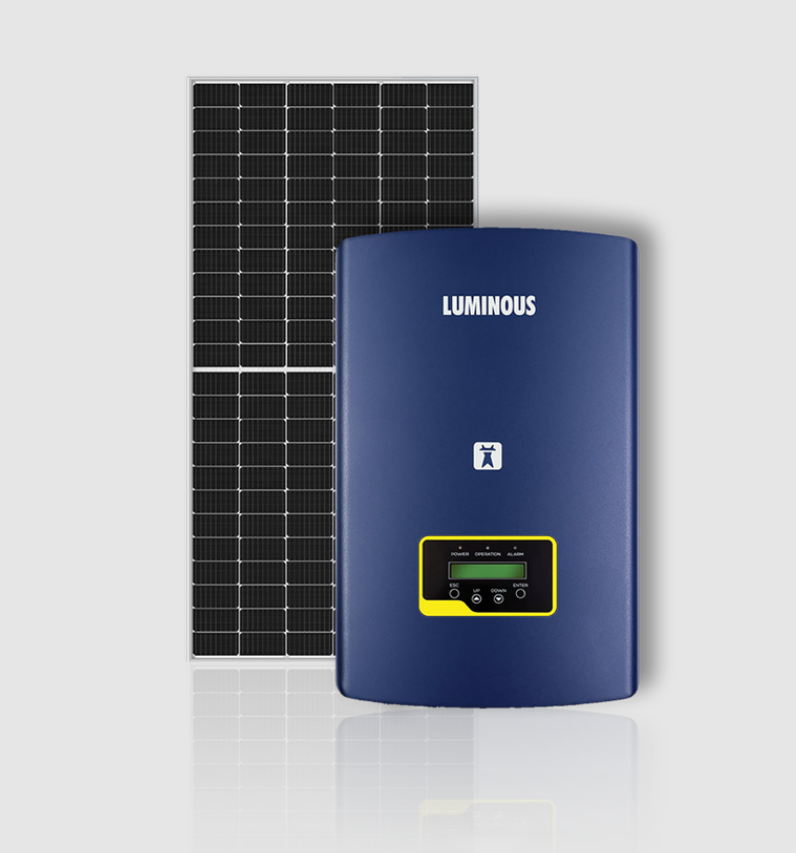 What are the components of an on grid solar system?

An on grid solar system is a system that is connected to the grid. The consumer, in this case, will only have to pay for the surplus electricity they consume, and the bill is generated monthly to see if the consumer must pay any amount or not. It helps the consumer to save a huge amount.

The installation of an on grid solar system is fuss-free and hardly requires any maintenance. It has the least number of parts. Also, there is no battery in it which further makes the installation very quick.

Due to the connection to the grid, the consumer can charge for the surplus electricity they have generated. It not just eliminates your electricity bills but also allows you to avail yourself of the costbenefits of surplus electricity generated. The cost is less compared to other solar systems, and the government provides upto 40% subsidy on it. It exports surplus solar power to the electricity grid, and there is no limitation of load.

Major Components of an On Grid Solar System

It is the major part that converts sunlight into electrical energy. This PV array is made of multiple silicon solar cells and comes with 25 years of work efficiency.

It is made of aluminium or galvanised iron. They are used to mount solar modules, and the module mounting structure should be strong enough to withstand for 25 years since solar panels last for 25 years.

Inverters are the life and heart of the system. This inverter decides what must be done with generated solar energy. They consist of inbuilt charge controllers that regulate the power supply and keep a check on overcharging or over-discharging of batteries. The conversion of direct current to altering current is done by inverters. The solar grid inverters are of various kinds, such as string, central and micro.

DC cables are used to transfer energy. They are designed in a way that they last in any type of weather, be it extreme high or low, during heavy rains. They are built to last long in outdoor conditions.

It is used to connect multiple solar panels in parallel. The size of the array junction box depends on the system’s capacity.

An AC distribution box is used to build connections between the solar inverter and the grid supply.

These two components combined are used to protect the system from thunder and lightning.

These are the basic components of an on grid solar system that is very crucial for its better working and efficient life span. Luminous India deals in the best on grid solar systems, and you can find them at their store and also on their official website if you wish to invest in them.

Funny Mike’s Bad Kids, Destiny Morales is On The Rise

Giving precedence to personalized clientele relationships over profit has made…