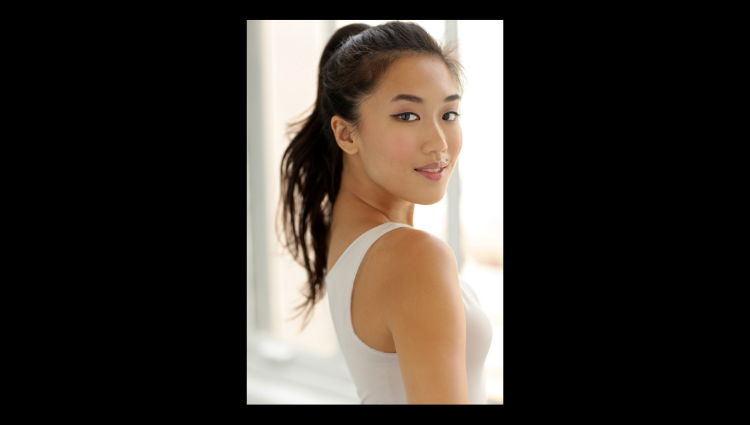 Viveca Chow made history by being the first Hong Konger to make her debut in a musical on Broadway. As a versatile actress, she loves to immerse herself in both stage and screen work. She hopes to heal and empower the world with her creative endeavors.

HI VIVECA CHOW! COULD YOU START BY TELLING US A BIT ABOUT YOURSELF?
Hello! Thank you so much for having me. I was born and raised in Hong Kong and my dream to be on Broadway led me here to further my studies. 3 months out of college, I booked my first Broadway show (Miss Saigon Revival). From then, I discovered that I also really loved on-camera work, which landed me gigs with brands such as Buzzfeed, Tiffany & Co., Macy’s and many more. My goal as an artist is to heal and empower the world through storytelling.

I NOTICED THAT YOU WERE THE FIRST BORN AND RAISED HONG KONGER TO MAKE A DEBUT IN A MUSICAL ON BROADWAY. HOW DID THAT FEEL TO MAKE HISTORY?
It was pretty cool when I found out. I wear that title with a lot of honor of course, but what I’m most touched by is when I think back to every birthday wish I’ve ever made since I was nine years old. Whenever I blew out the candles on my cake, I only had one wish: “I want to be on Broadway.” It still sends chills down my spine when I think about how powerful dreaming big is, and I just know my 9 year old self would be so proud of me right now.

SO YOU MENTIONED YOU LOVED ON-CAMERA WORK. WOULD YOU SAY YOU PREFER THE STAGE OR SCREEN?
Both mediums are magical. For stage, I love the exhilaration from feeding off the live audience’s energy as well as the unexpected things that could go wrong. There was one show where a cast member had her ovarian cyst rupture on stage (she’s okay!), but I had to get ready in a matter of 20 seconds. Before I knew it, I was on stage picking up from where she left off. I’m pretty sure I blacked out from the adrenaline. For the screen, I love how specific each moment is, and how the camera picks up everything. There is no time to fake anything. Everything has to come from an organic place. It’s been so much fun figuring out the nuances of on-camera acting and immersing myself in that world.

HAVE YOU BEEN A PART OF ANY TV/FILM PROJECTS YOU WOULD LIKE TO SHARE?
My first Network TV debut was in “The Other Two,” so I hold that experience very dear to my heart. Most recently, I was a part of “Crime Scene: The Vanishing at the Cecil Hotel” that just aired on Netflix yesterday! The documentary series follows the case and disappearance of Elisa Lam and I had the opportunity to reenact some scenes as Elisa Lam. It was honestly a really unexpected project because I never thought I would be a part of such a renowned and chilling mystery, as well as making my Netflix debut during a pandemic. I also just wrapped on an indie feature film “Sora,” where I was the lead.

HOW DID IT FEEL TO BE A PART OF A MYSTERY THAT SHOCKED THE WORLD?
When I read about this case, I was very unsettled and upset by it. Throughout the filming process, there was always an underlying sense of guilt for me because I couldn’t imagine how this documentary resurfacing would rub salt on the family’s wounds. So a big part of this experience for me was to learn how to separate work and self. I tried to honor Elisa’s story and life in the best way I could. I hope Elisa is in a better place now and her family is in my thoughts.

WHAT IS NEXT FOR YOU?
I’ve been taping for a lot of dream projects, so I know something is brewing! The universe is always on your side.

WHERE CAN OUR READERS FIND YOU ONLINE?
I love to connect with everyone. Feel free to find me @helloitsviveca on Instagram or www.helloitsviveca.com.

What Are the Different Types of Lighters and What Are They Used for?

Affect vs Effect: How to Stop Mixing Them Up for Good