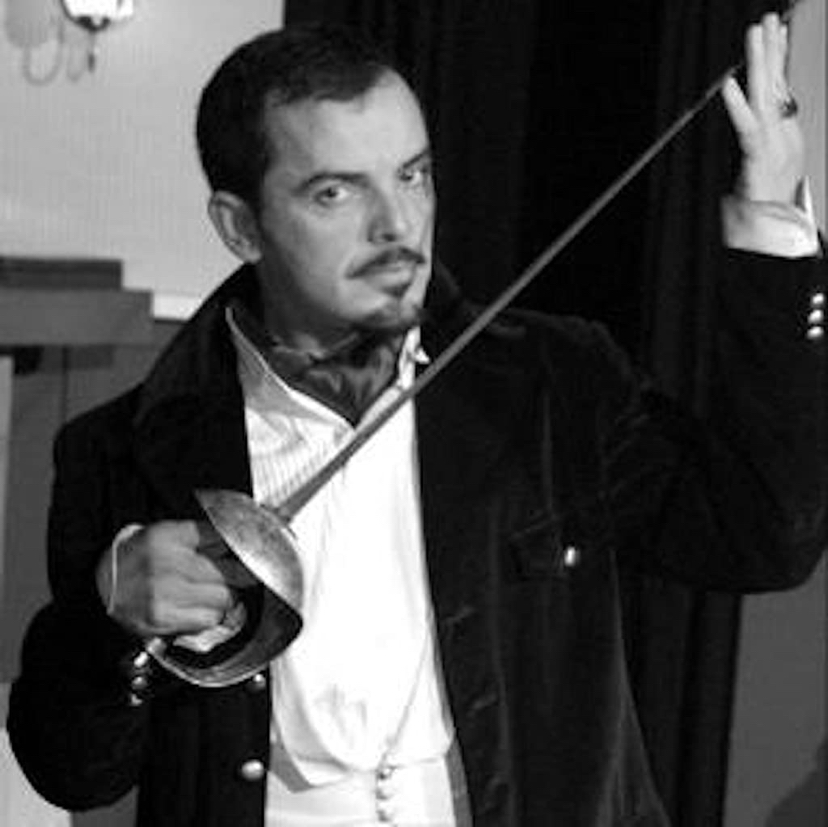 A Hollywood best-kept secret, Victor Herminio Lopez has worked mostly on independent foreign films such as ‘Shadow Boxing 2; Revenge’, the no. 1 Russian/Eastern European action-boxing-mafia blockbuster produced by Central Partnership which premiered at the Moscow International Film Festival, Greece’s ‘Without Borders’, Winner of the Orpheus Audience Award at the 2011 L.A. Greek Film Festival, a lead role in Mexico’s suspense-thriller ‘Soul Walker’, and the lead role on Amazon Prime movies ‘El Bully’ and ‘Double Down’.

BRIEFLY INTRODUCE YOURSELF, WHO IS VICTOR HERMINIO LOPEZ IN YOUR OWN WORDS?
Victor Hermínio Lopez was born in Tepatitlan, Jalisco, Mexico, raised in Tijuana, B.C., and Venice, California, and lived in London and Lincoln, England. His father, Herminio was a professional photographer, and his mother, Victoria, a loving, nurturing, devout Catholic. raising eight children, Victor being the youngest.  Victor has performed on stage in England, Off-Broadway, and Los Angeles, and was a member of the Long Beach Shakespeare Company where he performed such roles as Don John in Much Ado About Nothing, Sebastian in Twelfth Night, Friar Laurence in Romeo & Juliet, and the title role in Christopher Marlowe’s Doctor Faustus. A Hollywood best-kept secret, Victor has worked mostly in independent foreign films, from Mexico to Greece to Mexico.

WHEN DID YOU FIRST REALIZE THAT YOU WANT TO WORK IN THE ENTERTAINMENT INDUSTRY?
In 1975 when I watched Al Pacino in Dog Day Afternoon, then later that year when a movie production company, Mother, Jugs & Speed, with Bill Cosby, Raquel Welch, Harvey Keitel, Larry Hagman, shot across the street from our family home on Rose Avenue in Venice, California. While attending Venice High School I auditioned for the Spring musical, West Side Story, and was cast as Pepe, a Shark. That sealed the deal.

HOW THE EXPERIENCE OF SHARING THE SCREEN WITH HOLLYWOOD A-LISTERS?
I haven’t so much shared the screen with A-Listers, so much as I have met them personally: Al Pacino, Anthony Hopkins, Andre Panin, Luis Gatica, who I also admired and ended up working side-by-side with him in Mexico City on Soul Walker.

OUT OF SO MANY ROLES THAT YOU HAVE PERFORMED AS AN ACTOR, WHICH ONE IS YOUR FAVOURITE AND WHY?
Playing Mexican drug cartel kingpin, Felix Mendez, in Shadow Boxing II, the No. 1 Russian blockbuster film. SB2 put me on the global radar.

IF SOMEONE IS GOING TO MAKE YOUR LIFE INTO A MOVIE, WHO WOULD PLAY YOU?
Joaquin Phoenix, a fellow vegan, animal rights activist, and excellent actor.

CAN YOU TELL US A BIT ABOUT YOUR NEXT PROJECT?
I am developing an original series based on my experience growing up in Venice, California in the 70s., and it promises to blow viewers away.

ANYTHING ELSE YOU WOULD LIKE TO SHARE WITH OUR READERS?
I am a vegan and staunch animal rights activist/advocate, and proud father of seven dogs and cats, all rescues.