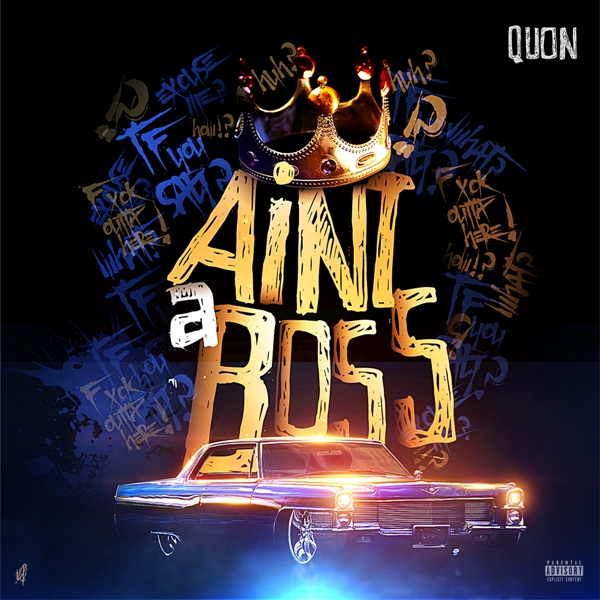 Texas-based hip hop performer Quon is back with his latest single, ‘Aint A Boss,’ which follows his last release, ‘Did That,’ which came out in January. The song, which was inspired by the late Pimp C (UGK), comes with a two and half-minute video produced and directed by none other than Amir Perry (Yo Gotti, Pusha T, E-40). “Aint A Boss” was written by Quon; it provides insight into the virtual character that everyone maintains on social networking platforms while trying to be someone they are not. The music video for ‘Aint A Boss’ was shot in Houston as a tribute to the city’s and neighboring areas’ dead and living legends. The visuals which premiered on March 24, is indeed catching audience’s attention, amassing more than 30K views in just a short span of time.

Dequon Stovall, better known by the stage name Quon, is a New Orleans-born music artist. Having spent his early years primarily in Arizona and Texas, he found himself on the road to success in the music industry. He was frequently seen performing on open mic nights at clubs and rapping with his friends as a teenager. Under his previous alias, Young Quon, he drew inspiration from legends such as UGK, Jay Z, Too $hort, and Tupac, and he also had the opportunity to collaborate with major names such as Paul Wall, Kidd Kidd, E-40, and Lil’ Keke. All his releases are superb. This skillful artist creates music for all, including old and young. Some of his songs have gained critical recognition, such as ‘Favors’ and ‘OG Status.’ His reputation for making high-quality music has earned him a spot among the most well-liked rappers, and his most recent track, ‘Aint A Boss,’ is expected to become a massive hit this year, reaching the top of the hip-hop charts.

How Does Whey Protein Affect Your Body?

Rapper Kidd Lee Is On The Come-Up