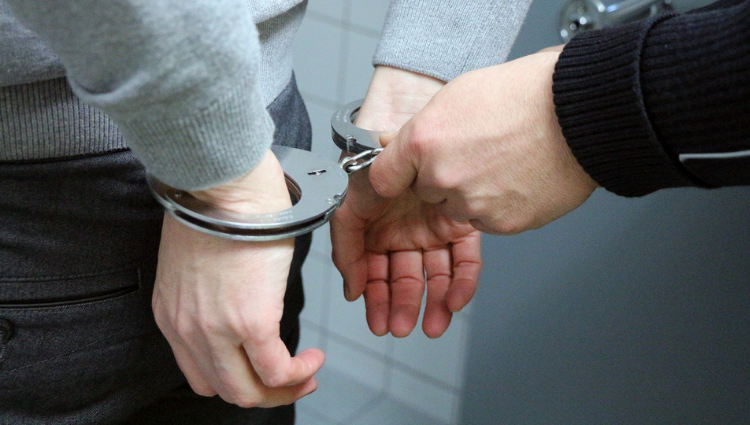 As a parent, you aren’t likely to care why someone committed a crime against your child, you just want to see justice served. You want them to pay a heavy price for targeting your child, any child, and that is understandable. It is our job as parents to protect and defend our kids.

However, there are also important reasons why you should understand causation. Once the act is done, there is no taking it back but in terms of crime prevention against children, both criminology and crime prevention can work together as your first and best line of defence.

You can also work for better intervention and prevention within your community to help alleviate the pain in those suffering from crimes that were committed against them in their youth. It’s all about using both criminology and criminal justice to protect our most vulnerable, our children.

Aren’t They the Same Thing?

It is extremely common for the two different terms to be used interchangeably. Nonetheless, although they share some common points of juxtaposition, they approach criminal behaviour from two different perspectives. Criminology seeks to determine the why of crime whereas criminal justice leans toward policing and law enforcement. Criminology looks at causes and social implications of crimes against children while the criminal justice system seeks ways to deter crime through disciplinary actions.

That is to say that there are points where they merge and points where they diverge. Even so, both are essential in preventing crimes against our children and this is why parents might want to better understand a criminological approach. Knowing common reasons why crimes are committed, therefore, can help you mitigate risk and that is a central focus of criminology – risk mitigation. These two approaches, then, are covered when seeking a BA degree in criminology at specialised schools like Wilfrid Laurier University.

A Heritage of Abuse

One of the approaches to child abuse is based on a heritage within the abuser. Studies have shown that children who are abused have a propensity to carry that behaviour with them to adulthood. It does not mean that all victims of child abuse become abusers themselves, but they are more likely to be so than a child who grew up without suffering the various forms of child abuse.

According to an article in the New York Times circa 1989, studies have shown that approximately one-third of adult abusers were themselves abused as children. The abuses range from sexual transgressions to physical and emotional abuse. Neglect weighs in heavily as well. A degree in criminology helps the student understand that the ramifications can be far reaching. Sometimes it is a learned behaviour and other times it is the result of psychological or emotional damage resulting from the abuse perpetrated on the abuser during his or her childhood.

From a criminological perspective, it is only common-sense to know everything you can about the childhood of friends, neighbours and relatives before allowing anyone in the presence of your children. While you can’t very well interrogate everyone you know, there are certain signs and indicators that something is off somewhere. Bear in mind that not all abusers will display noticeable traits and behaviours, but many will act awkwardly in the presence of children while others may be overly friendly. That seemingly ‘innocent’ pat on a child’s behind may be anything but innocent.

While you can’t turn life into a witch hunt, you can use a criminological approach when teaching your children how to avoid risk. You should know all you can about adults and older teens who have contact with your kids, and you can always teach your children about good touch and bad touch. You can help them learn to require others to respect their personal space; to respect their boundaries.

A huge focus of the criminal justice system is setting up a system of accountability for crimes in the hopes that they will not be repeat offenders. It’s an effort to mitigate risk much as in a criminological approach but the methodology is different. The penal system was instituted with the intention of preventing future and often repeat offenses with such things as incarceration, probation, and hefty fines. With some offenders it works and with others, it doesn’t. That’s a given.

However, in a court of law, the two disciplines within criminology and policing can merge when brought before a judge. A judge can rule with leniency based on those very same crimes against the perpetrator that led to this behaviour in adulthood. Some judges take the low road and offer moderate sentences while others take the high road with maximum penalties. Either way, in a court of law you will often see the point where criminology and criminal justice merge.

Putting It Together as a Parent

This is just a brief explanation of the similarities and differences in criminology and criminal justice to help you better protect your children from a wide range of crimes which they can fall victim to. Once again, abuse takes on many forms that children are vulnerable to and since the criminal justice system isn’t foolproof, a combination of the two methodologies gives kids the best chance of avoiding crimes against them. In learning to understand why criminals act in the way they do, you may be able to foresee risks so that you can put up that line of defence.

Also, a better understanding of criminology does help you teach children what is acceptable and what is not. As mentioned above, teach them the difference between good touch and bad touch. Teach them about bullies and bullying and how to avoid acting on either end of the spectrum. With that in mind, don’t forget to monitor for criminal behavior such as child exploitation online as well. Once you have a better understanding of why some criminals target children, you know where you are likely to find them and set up parental controls to defend against them. If you can’t, it’s time for criminal justice to take the lead and that is how we work to prevent crimes against the children we love so much.

Planes, Trains, and Automobiles: The Best Routes for Each