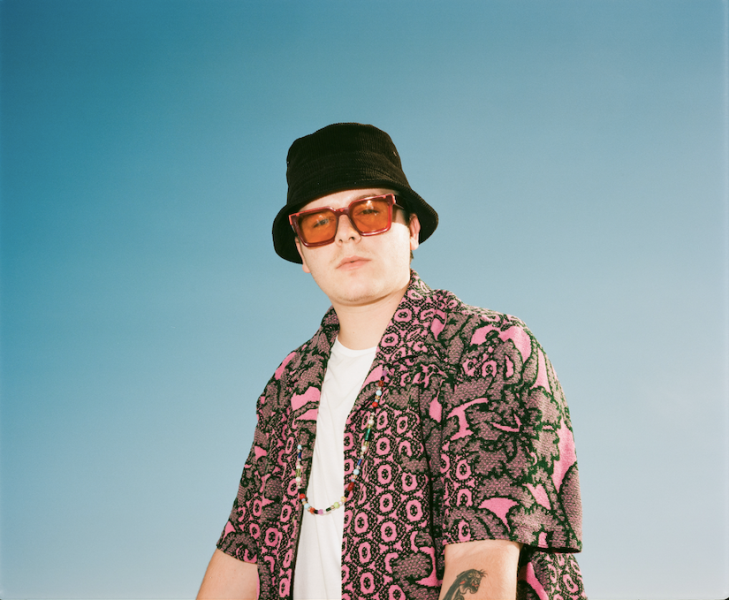 Tommy Newport is known for his irresistible falsetto-steeped indie anthems, garnering a substantial buzz with his 2018 debut, Just To Be Ironic, while he was still a teenager. Following the paramount success of 2019’s Tommy Gun EP and 2021’s Ultra Mango EP and Liquid EP, Newport continues to develop his euphonious sound.

Born Oliver Milmine in Manchester, England, Newport moved to the United States at a young age, eventually settling in Kansas. There, he picked up the guitar and taught himself how to produce music on his computer. Consolidating his style and sound into something rather extraordinary, Newport has created his own funky, psychedelic style of pop with his falsetto vocals riding atop bulging basslines, grooving guitar, melodious keyboards and electronic grooves. Inspired by a mix of early-2000s bands like MGMT, The Killers, and Phoenix, he’s received musical placements on shows like Search Party, Ballers, Expecting Amy, I Love This For You, Never Have I Ever, Walker, Grand Crew, an Apple iPad commercial and What/If.

Receiving critical acclaim from The FADER, Complex, Zane Lowe, Hypebeast, High Snobiety, Pigeons & Planes, PAPER, Lyrical Lemonade, COLORS & more, the rising indie star returns. “Jackpot” features Juno Award (Canada’s version of the Grammys) winning Toronto rap legend Jazz Cartier. This next single soars with Newport and Cartier’s versatility, combining into a tune that showcases a truly euphoric blend of genres and likeining musicality. Newport explains, “Jazz was there for my first show ever at the Fonda in LA and was introduced to me by 4th Pyramid from day 1 so it felt like creating something together has been in the books for a while. I’ve always loved the idea of merging indie/rock and rap ever since hearing Mark Ronson pairing Action Bronson and Dan Auerbach together in 2016. 4th brought the vibes to the studio with a drum pattern that got the guitar in my hands and thinking of progressions, while Jazz was writing his lyrics. It all came together quickly and felt great. The lyricism hints at a paralleled relationship with Los Angeles and the luck it takes to keep that relationship alive. Jackpot.”

With streaming numbers hitting the millions, Tommy Newport continues to shine with his unique soundscape and musical capabilities. At only 21 years old, he’s built an impressive catalog, toured worldwide, collaborated with Grammy nominees EARTHGANG and is fresh off a sold out US/Canada tour with Lime Cordiale. With some big moves lined up in the year ahead he is certainly proving to be one to watch!

Eyah Shares Insight About How Social Media Is Changing Music