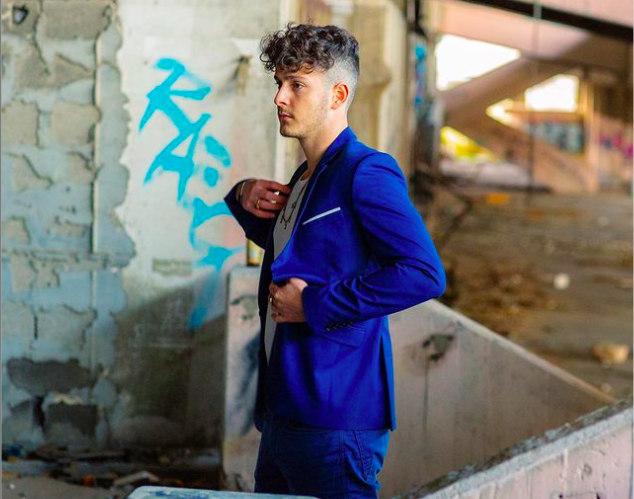 He’s a sucker for love and a hopeless romantic. Tomer’s “Superman” is an upbeat song with an incredible sound that reminds of old pop-indie music and very chill vibes about being in love and hoping for a lover to come. He’s an upcoming pop artist from Israel, ready to take over the music industry: he’s writing his debut album and already put out his first single “Vertigo”.

“Superman” is a fusion of pop-rock, indie and some Electronic Dance Music (EDM): you might think it wouldn’t work, but Tomer’s production is so smooth and unique that everything comes together as one. The instrumental parts are the one that deserves some recognition: they are clear, cherish and hopeful. Tomer’s producer, Noam Akrabi, made the song sound very true to Tomer, like nothing else sounds the same as his songs.

The lyrics are indeed about being the superhero for that special girl. Even though they’re simple, they’re still meaningful and respect a metric that makes it go with the sound and vibe of the track. Tomer’s voice is something very calming but deep at the same time. He manages to make a perfect balance between the melodies and his vocals: they’re still the main thing on the track. Indeed, his voice is the hero of the song.

His first single, “Vertigo” is an upbeat song about being in love with the same vibe: catchy, pop-ish and some electronic resources. “Superman” follows that lead single with the same concept, but he made it remarkable and different. The music video has already more than 300.000 views and has nothing but great comments. Tomer is coming to take pop-indie music to a next level.